24-year sentence in Russia’s ‘Ukrainian Chechnya fighter’ show trialThe Chilling side to Russia’s claims about Yatsenyuk as Chechnya fighterIn Putin’s next show trial, Ukrainians are cast as Chechnya separatist fightersWhere being Ukrainian is as good as being guiltyMoscow shouts ‘abduction’ yet holds Ukrainian hostages incommunicadoRussia holds 72-year-old Ukrainian hostage on absurd spying chargesRussian mother of 7 stands by her warning about Russian soldiers in UkraineRussian Mother of 7 accused of ‘treason’ released from custodyRussians call to release mother of 7 accused of revealing ’state secrets’Russian woman charged with ‘treason’ for reporting soldiers sent to UkraineRussian Newspeak: “Killed at exercises on the border with Ukraine”Russian soldiers’ deaths in Ukraine: A web of lies and fake social network pagesMore Russians aware that their sons are being sent to fight and die in UkrainePersecution of elderly activist exposing Russian soldiers’ deaths in Ukraine continuesRussian rights activist investigating soldiers’ deaths in Ukraine arrestedRussia continues lying about solders’ deaths in UkraineFirst reports on Pro-Kremlin TV of Russian soldiers killed in UkraineEntire Pskov paratrooper regiment killed in Ukraine?More Russian conscripts forced to fight in UkraineAttacked for asking why Russian paratroopers died fighting in Ukraine
• Topics / News from the CIS countries

Tourists Beware: Putin’s KGB-Kafkaesque Justice is for Foreigners Too 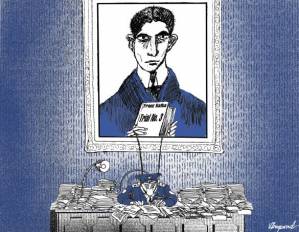 If Moscow’s foreign hostages are currently all Ukrainian, the recent abduction, detention and long sentence of Estonian Eston Kohver and the Russian media’s increasing anti-western hysteria demonstrated that no foreign national should feel totally immune.   A number of Ukrainian nationals were illegally seized in Russia during 2014, held in detention without proper lawyers or access to Ukrainian consulate staff and most had surreal ‘confessions’ tortured out of them.  Two of the ‘trials’ are now beginning, with all grounds for expecting the same travesty of justice as with Nadiya Savchenko, Oleg Sentsov and Oleksandr Kolchenko

73-year-old Yury Soloshenko has been held in the Lefortovo Prison in Moscow since August 2014 and prevented from seeing a proper lawyer, or Ukrainian consulate staff.  The state-appointed lawyers are working with the investigators in trying to persuade Soloshenko to ‘confess’ to spying, saying he will then be sent back to Ukraine.

The trial has begun in total secrecy, with nobody clear what the pensioner from Poltava is charged with (see: Mystery ’Trial’ begins of Russia’s Elderly Ukrainian Hostage).

‘Confessions’ as “the queen of evidence”

The words are attributed to Stalin’s state prosecutor during the show trials, Andrey Vyshinsky.  Both the methods for obtaining such ‘confessions’ and the surreal crimes tortured out of some of the Ukrainian hostages are chillingly reminiscent of the Russian FSB’s Stalinist NKVD predecessors.

Nothing is known about the ‘spying’ charges against 30-year-old Valentin Vyhivsky, with the secrecy, lack of access to a proper lawyer and his fear of talking to human rights activists suggesting that he has been subjected to physical, as well as psychological pressure.

The methods used have been confirmed by Yury Yatsenko who is thankfully now back in his native Lviv.  Even worse treatment, however, is asserted by three men still in Russian custody.

Cowherd Sergei Litvinov crossed the border into Russia because of toothache and ended up so hideously tortured that he confessed to committing multiple war crimes.  Litvinov was fortunate to finally receive a lawyer who took the case seriously and triumphantly demonstrated the total fiction behind the Russian Investigative Committee’s story.  He still remains in detention, however.

The first hearing in the charges against politician Mykola Karpyuk and history lecturer Stanislav Klykh begin on Oct. 12 in Grozny, Chechnya.   The two men are charged with having killed at least 30 Russian soldiers while fighting in Chechnya over 20 years ago, in 1994/95.

Neither man had ever been in Chechnya before they were brought to Grozny after being held in Russian detention without access to proper lawyers or  Ukrainian consulate staff. .

Anastasia Stanko reports that at the time of the alleged ‘crime’, Karpyuk was caring for his dying mother in Ukraine, and the then 21-year-old Klykh was taking exams at university.  There is documentary evidence to prove this, however the trial is continuing, and is likely to be based solely on the ‘confessions’ of Alexander Malofeyev, a man already serving a 23-year-sentence and dependent on the penitentiary service for medical treatment for grave conditions.  The prosecution will also seek to base it on confessions which both Karpyuk and Klykh have stated were obtained through torture.

It transpires that Karpyuk, the deputy leader of the ultra-nationalist Right Sector, was detained on the Russian side of the border on March 17, 2014.  There are, however, divergent claims as to why Karpyuk was heading to Moscow to try to talk with Russia’s leaders.  Given the speed with which he was arrested, and by March 20 charged with crimes from 1994 to 2001, one can understand his wife Olena’s conviction that her husband was set up.

If Karpyuk’s involvement in the nationalist movement UNA-UNSO and then Right Sector is at least undisputed, Klykh’s role in this case, as reported, is almost certainly because he is Ukrainian and another defendant was needed in the case.  Although the history lecturer from Kyiv was once in UNA-UNSO, he had long left it and was, as mentioned, concerned with passing his exams, not killing Russian soldiers at the time in question.

Stanko spoke with people who did indeed fight in Chechnya in 1994/95.  Not one of them named either Karpyuk or Klykh as having been there.

The same scenario is seen with both Karpyuk and Klykh.  They were held incommunicado with access only to a series of state-appointed ‘lawyers’ there to sign papers and encourage the men to ‘confess’.  Klykh finally saw a real lawyer, Marina Dubrovina, only after 10 months of being held in solitary confinement.  Karpyuk has been represented by a real lawyer, Dokka Ishlayev only since the eve of the preliminary hearing.

Both men have now, via their lawyers, lodged complaints with the European Court of Human Rights in which they provide graphic accounts of the torture they were subjected to.

Klykh says that he was tortured for months to get him to give the confessions demanded of him, with beatings, the use of electric shock, being forced to kneel for long periods, psychotropic substances and alcohol intravenously administered, as well as being held without food or drink.  One of his torturers, for example, turned up and hit him around the ribs and legs, telling him that he had to say during the interrogation that he had cut the throats of two Russian soldiers on Minutka Square.

Karpyuk was held in solitary confinement for a year and a half before seeing a lawyer.  He was tortured during that period with 19 scars on his body and the forensic assessment confirming that he had electric shocks applied and was suspended from handcuffs from the ceiling.

Both men were moved between different SIZOs [remand prisons] to hide them from the consular and lawyers until the trial.

The Russian Investigative Committee’s efforts, as triumphantly reported by its head Alexander Bastrykin, resulted in a long list of well-known politicians, including Prime Minister Arseny Yatsenyuk being ‘identified’ as Ukrainian Chechnya fighters.

Those who have had the misfortune to read any files of people executed during the Terror of 1937/38 will recall the chilling mixture of mutually exclusive crimes, countries the person confessed to be working for.

Credibility is irrelevant where investigators and prosecutors, aided and abetted by state-appointed lawyers, provide the ‘cases’ demanded and even clear statements in court that testimony was tortured out of defendants are ignored by the judges. Russian Kremlin-loyal media are also complicit with the population fed heavily edited and manipulative reports about each of the cases.

There has been massive world coverage of the imprisonment of Nadiya Savchenko, and Russia’s Justice Ministry has already hinted that she can be exchanged after her ‘sentence’.  Similar coverage is imperative now for all Russia’s Ukrainian hostages.