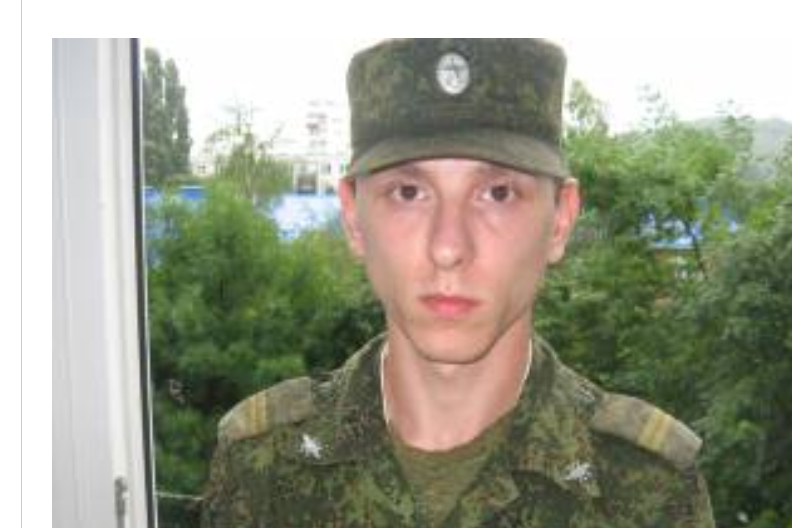 Five Russian contract soldiers have been sentenced to terms of imprisonment over their unwillingness to end up fighting in Ukraine, with the soldier most active in communicating with the media receiving the longest sentence.  All four were among the number of military servicemen who were sent to the Rostov oblast, bordering Ukraine, and, as reported back in July, went absent without leave after being offered up to 8 thousand roubles a day for ‘volunteering’ to go to Ukraine, and effectively held there until they agreed.

Novaya Gazeta reports that five men from the No. 22179 Military Reconnaissance Brigade in Maikop, have thus far been sentenced to real terms of imprisonment, rather than the suspended sentences their families were hoping for.  Anatoly Kudrin had already received a six month sentence back in July when Gazeta.ru first reported the cases.  Now four others -  Alexander Yevenko; Ivan Shevkunkov; Alexander Yenenko and Pavel Tynchenko – have each received a year sentence, although Novaya reports that the longest was that passed on Yenenko, the soldier who was most active in speaking with the press.  During the investigation, Yenenko had repeatedly informed Novaya of unlawful methods used by the investigators, of psychological pressure and threats against them.  Novaya made a formal request for information from the relevant department of the Russian Investigative Committee and was told only that “it is not possible to provide comment”.

At least one of the soldiers has appealed against the military court ruling.  The hearing into Yevenko’s case is due on Oct 22.

It was first reported back in July that the young soldiers had left the Kadamovsky unit in the Rostov oblast back in Autumn 2014, fearing that they would be sent to Ukraine.  A video was then produced in which a military official dismissed any suggestion that the soldiers were to be sent to Ukraine.  Gazeta.ru was, however, unable to speak directly to the official on the video and had no success in contacting the defence ministry.

The first men were charged under Article 337 of the Criminal Code (going absent without leave) for which the maximum sentence is 5 years, and under Article 338 (desertion) which carries a sentence of up to 10 years.  They seem to have been convicted only of the lesser charge.  This may be because the charges against them seem to have quite unfounded since many of the soldiers had first tried to resign, but had their resignations simply ignored.

All the men complained also of appalling conditions, and of not being paid.  They were forced to sleep on boards, with only blankets (in October and early November), with virtually no water and often without the food they were supposed to receive and without electricity.  They were, at the same time, under heavy pressure to go to Ukraine and were not prepared to take part in the fighting there – for any amount of money, some of them told Gazeta.ru.

Novaya Gazeta was told by the soldiers’ relatives that there was a camp of Kremlin-backed militant fighters from the so-called ‘Donetsk people’s republic’ nearby with the fighters trying to get the soldiers to go to Donbas to fight for money.  The recruiters in camouflage gear without insignia freely entered the military unit and must have been there with permission from the military command.

Back on August 5, 27-year-old Tynchenko issued a statement to the Maikop military court explaining that “I did not carry out a criminal order since I did not wish to go against the oath which I took and did not want to take part in military action on Ukrainian territory. I would ask that this is added to the court’s ruling”.

The earlier report made it clear that dozens of criminal cases had in fact been initiated.  Even the court statistics demonstrated this, with 62 soldiers convicted of having gone absent without leave in the first six months of the year against 35 for the entire period from 2010 through 2014.

Russia has repeatedly denied sending soldiers to fight in Donbas, although this clashes with reputable reports suggesting a significant contingent of Russian military personnel involved in the conflict in Ukraine.

The two Russian military intelligence officers captured in Ukraine – Aleksander Aleksandrov and Yevgeny Yerofeyev -  have rejected Russian attempts to claim that they were ‘volunteers’, thus effectively washing their hands of them.  Both are adamant that they were current officers when captured.

Russia has resorted to grotesque efforts to conceal the deaths of Pskov paratroopers in Ukraine, as well as other soldiers.  Human rights activists and journalists like Lev Schlosberg and Ludmila Bogatenkova have faced attacks and hate campaigns, or actual criminal prosecution.  In May President Vladimir Putin also issued a decree which classified information about Russian military losses during “special operations in peacetime”, thus potentially enabling prosecution and imprisonment for divulging details about the deaths of Russian soldiers in eastern Ukraine.

Russia has actively sought to obstruct proper investigation into the use of a Russian-made Buk missile in shooting down the Malaysian airliner MH17 on July 17.

Moscow has now tried to divert attention from Donbas altogether through its airstrikes in Syria.   The assurances given that Russian soldiers will not be sent to fight in that war seem especially hollow.