Jailed in Russian-occupied Crimea for refusing to give false testimony 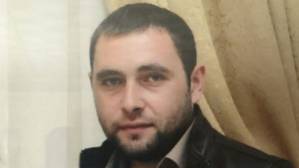 A court in Russian-occupied Crimea on Nov 3 again refused to release 26-year-old Mustafa Degermendzhy from custody, despite charges over a pre-annexation demonstration which are, even according to Russian legislation, unlawful.  There are strong grounds for concluding that both he and Ali Asanov remain in detention because they have refused to give false testimony against Crimean Tatar leader Akhtem Chiygoz.

Degermendzhy is accused of taking part in mass disturbances (Article 212 § 2 of the Russian Criminal Code) which carries a sentence of from 3 to 8 years imprisonment.  The demonstration in question took place on Feb 26, 2014, the day before Russian soldiers seized control and therefore, unequivocally, under Ukrainian law.

Russia has no jurisdiction to bring any prosecutions over the demonstration.  Its own Criminal Code (Article 12 § 3) states that a criminal prosecution can only be initiated against foreign nationals who committed an offence on the territory of another country if “the crime was directed against the interests of the Russian Federation or a citizen of the Russian Federation.”  This was not the case, yet both prosecutor and courts are continuing to ignore the illegality of the entire proceedings.

The first arrest, on Jan 29, 2015, was of Akhtem Chiygoz, who is the highest-ranking representative of the Mejlis since its head Refat Chubarov and veteran Crimean Tatar leader Mustafa Dzhemiliev were banned by Russia as occupier from their homeland.

The charges are absurd from a legal point of view, but they also clash with the facts and considerable video footage which shows that all members of the Mejlis present strove only to calm the crowd.

There have been numerous reports indicating that other Crimean Tatars detained, including Asanov and Degermendzhy, have been put under pressure to provide testimony against Chiygoz in exchange for their freedom.

In a recent interview to Radio Svoboda’s Crimean Service, Mustafa’s father, Bekir Degermendzhy explained that his son had been told openly from the beginning that he would be freed if he gave testimony against Chiygoz.  He refused and the charges now read that Mustafa was in a conspiracy with Chiygoz whom he had never even met.

His parents are not allowed to visit him and depend on their lawyer for information.  They only see their son during court hearings where, if the convoy officers allow it, they may get a chance to say a couple of words to each other, no more.

Mustafa Degermendzhy has now been in custody since May 7.  In July his lawyer Alexander Solodkov said that, despite the illegality of the entire proceedings, he was planning to seek a reclassification of the charges against his client.  There appears to be one moment on video footage where Mustafa lashed out at somebody, and his lawyer wants to get the charges changed to Article 116 (beating).  This carries a sentence of 1-2 years imprisonment and would therefore not entail detention.  Since the video used against Degermendzhy is from mid-morning, and the disturbances only began in the afternoon, this seems reasonable.  Solodkov has thus far been unsuccessful with the occupation regime clearly wanting defendants in a trial over ‘disturbances’.