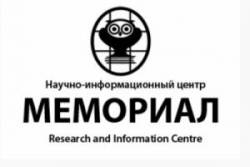 “A huge blow for all those involved in remembering the victims of the Soviet Terror” is how the decision by Russia’s Justice Ministry to forcibly add the St Petersburg Memorial Research and Information Centre to its register of so-called ‘foreign agents’ has been described.   Arseny Roginsky, Head of the International Memorial Society, goes on to explain that RIC Memorial has put together a unique database listing the places where victims of political repression were buried.   “No state or civic organization has such a list”, Roginsky stresses.

It was RIC Memorial that played an enormous role in uncovering the mass grave of victims of the Terror at the Sandarmokh Clearing, near Karelia.  It was at this place from Oct 27 to Nov 4, 1937 that 1, 111 prisoners from the Solovky camps were executed as part of a killing quota.  They included 290 Ukrainian writes, poets, intellectuals and scientists.

The Justice Ministry’s decision was announced on Nov 6, and came unexpectedly since the organization had been informed that they had two weeks “to refute the document confirming the check” and had only just received the document in question.  The decision will certainly be appealed.

The Memorial Research and Information Centre was created by historian Veniamin Ioffe, who was himself a political prisoner in the 1960s.  It was planned from the outset as a centre providing the research backup for the historical-archival commission of the Memorial Society.  It now has archives, a library and the extremely important Virtual Museum of the Gulag. 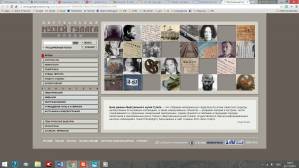 After hours offline, the Centre’s site now has a statement explaining the Justice Ministry’s decision and the fact that this would oblige them to have a preface to all material saying that it had been pretended “by an organization fulfilling the functions of a foreign agent”.  It states that it does not intend to use this label, but will continue all its projects and programs.

“We inform all those interested that the public activities previously carried out by the Memorial Research and Information Centre will be undertaken by the Educational Centre, named after Veniamin Ioffe Просветительный центр имени Вениамина Иофе.

The notorious law on so-called foreign agents came into force on Nov 2012, obliging non-commercial organizations receiving grants from abroad and engaging in what the law very loosely described as ‘political activities’ to register as ‘foreign agents’.  The law was boycotted by a lot of civic organizations, so in June 2014 President Vladimir Putin signed into force a law which allows the Justice Ministry to forcibly include organizations on the register.   This it has been doing ever since, targeting organizations probing and publicizing grave violations of human rights, or those probing the deaths of soldiers in Russia’s undeclared war against Ukraine, etc.

This is by no means the first attack on Memorial and organizations linked with it.  There had been attempts to force ‘foreign agent’ registration in 2013 and then in Oct 2014 a major offensive was launched by the Russian Justice Ministry and the pro-Kremlin television channel NTV.  The Justice Ministry announced that it was asking the Supreme Court to dissolve the Russian Memorial Society claiming to have found infringements in its organizational structure.  See: Kremlin plays ‘extremist’ card against ’Memorial’ rights organization

There have also been repeated attempts over recent years to whitewash Joseph Stalin and the crimes of the Soviet regime.

On March 12, 2014, a decision was issued by the Inter-departmental Commission on State Secrets to keep the majority of Soviet secret police classified as secret for a further 30 years.  This includes the vast bulk of material regarding the Great Terror of 1937-1938.

Soviet repression is at the same time being underplayed or denied.  An example is seen in the fate of a vital museum on the site of the notorious labour camp Perm-36.  The NGO Perm-36 which ran the museum has been driven from the museum and forcibly registered as a ‘foreign agent’.  The museum has been taken over by the authorities, and, as a recent visitor wrote, the words ‘Stalin’, ‘dissident’ and Gulag are nowhere to be seen.