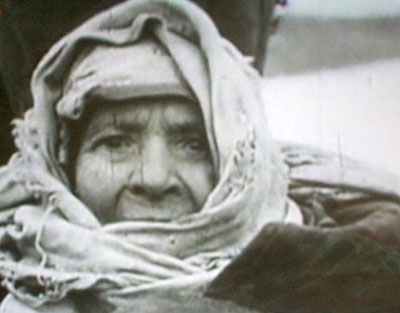 In what veteran Crimean Tatar leader and Ukrainian MP Mustafa Dzhemiliev calls « the first step towards restoring justice », Ukraine’s parliament has declared the 1944 Deportation of the entire Crimean Tatar People from Crimea to have been genocide. It took years and Russian occupation for Ukrainian MPs to finally acknowledge what Petro Grigorenko, Soviet General, dissident, friend and defender of the Crimean Tatar People stated in a famous speech back in 1967:  "What was done to you in 1944 has a name. It was genocide".

More than 180 thousand Crimean Tatars were forcibly deported over a few days following May 18, 1944.  Families were given less than an hour to prepare for the journey, with the NKVD operation carried out with enormous brutality.   According to studies carried out, Mustafa Dzhemiliev says, over 46% of the Crimean Tatar people perished as a result of the inhuman conditions.  “This crime was specifically aimed at wiping our people off the face of the earth.  After all in Crimea all cultural monuments of the Crimean Tatar People were destroyed, together with literature and even cemeteries, with the gravestones used for construction material ».

While many deported peoples were allowed to return at the end of the 1950s, the Crimean Tatars were only formally able to come back to Crimea from 1974.  In fact, it was only really possible from the time of Mikhail Gorbachev’s ‘perestroika’.  Although a decree in 1967 stated clearly that the claims made by Joseph Stalin to justify the Deportation were untrue, it took until 1989 for the Supreme Soviet to declare the Deportation to have been unlawful and criminal.

In 1991 newly-independent Ukraine called on Crimean Tatars to return to their homeland.  Unfortunately successive Ukrainian governments remained worse than slow at providing the backup to enable Crimean Tatars to build their lives again.  Recognition of the Deportation as genocide is yet another needed, although much belated step.

It is crucial to recall that genocide must involve “intent to destroy, in whole or in part, a national, ethnic, racial or religious group as such” (as per the 1948 Convention on the Prevention and Punishment of the Crime of Genocide).

The explanatory note points out that the Fourth Qurultay or National Congress of the Crimean Tatar People has declared the Deportation and subsequent decades of forced exile to have been genocide of the indigenous people of Crimea.  Ukraine’s parliament – belatedly – recognized Crimean Tatars to be an indigenous people of Crimea on March 20, 2014.  In that Statement, it “guaranteed defence and exercise of the inalienable right to self-determination of the Crimean Tatar People within the sovereign and independent Ukrainian State.”

That Statement went on to condemn any attempts to restrict the rights and freedoms of any Ukrainian nationals of varying ethnic origin in Crimea, specifically naming ethnic Ukrainians, Russians, Crimean Tatars, Armenians, Bulgarians, Greeks, Germans, members of the Karaim and Krymchak peoples.  Such attempts, the Statement pointed out, were as a result of the unconstitutional ‘referendum’ orchestrated by Russia to justify its forced annexation.  Since then, of course, Crimean Tatars in particular, though also ethnic Ukrainians, have faced grave rights violations.

Crimean Tatar leaders Mustafa Dzhemiliev and the Head of the Mejlis Refat Chubarov have been banned from their homeland. Dzhemiliev’s son Khaiser has been taken to Russia and is facing a lengthy term of imprisonment with his father unable to even visit him.

The ban imposed on Mustafa Dzhemiliev, who was just 6 months old during the Deportation came just weeks before the seventieth anniversary in May 2014.  It was typical of Russia and the regime it installed at gunpoint that an attempt was made to ban any public events at all on and around the anniversary.  Riot police, paramilitaries and soldiers were brought in to prevent Crimean Tatars gathering, as they had through all the years of Ukraine’s independence, in the central square in Simferopol, and military helicopters were used above remembrance gatherings on the outskirts of Simferopol and in Bakhchysarai.  Even more heavy-handed and repressive measures were taken around May 18, 2015.

The Deputy Head of the Mejlis, Akhtem Chiygoz has been in detention since Jan 2015 on legally absurd charges of involvement in a demonstration on Feb 26, 2014, i.e. before Russia’s invasion and annexation.  Two other Crimean Tatars are in detention almost certainly for refusing to give false testimony against Chiygoz, and the entire ‘case’ clearly targets Crimean Tatars.

The vast majority of Crimean Tatars opposed Russian occupation from the outset and they have been increasingly targeted in repressive measures aimed at forcing them into exile or silence.

Repressive measures have intensified recently in connection with the Crimean Blockade initiated by Crimean Tatar leaders.   The former Director of the now silenced Crimean Tatar TV ATR Channel Lidia Budzhurova gave a harrowing account of the armed search carried out of her home, in the presence of her terrified 83-year-old mother and 8-year-old granddaughter (see: Russia: "Do Not Terrorize My People, My Family with Machine Guns!").

Russia’s actions with respect to Crimean Tatars have been clearly aimed at either cowering them into silence or forcing them into exile.  Chiygoz has stated unequivocally that he would never leave his homeland, as have many others.  All say, as Lidia Budzhurova most movingly put it, “I will never leave my homeland.  It took us too long to return.”