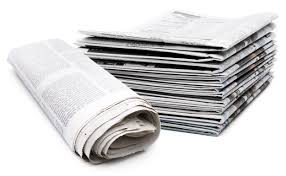 Ukraine’s parliament has passed a law which prohibits state bodies and bodies of local self-government owning printed media. This is an important and belated step towards media independence since media owned by the authorities have traditionally placed enormous pressure on editorial teams to report events as suits those in power.

The law envisages that the reform will take place in two phases, with the first – over the space of a year after the law comes into force on Jan 1, 2016 privatizing a list of printed media approved by the Cabinet of Ministers, at the submission of the State Committee on Television and Radio Broadcasting.  Media can apply to the State Committee to be put forward for this, with the editorial teams having first priority in taking the relevant outlet over.  The second phase will cover all those not included in the first.

Dunja Mijatović, the OSCE media freedom representative has welcomed the bill and called it “a major step forward in advancing media freedom and pluralism in the country”.   She said that it would enable local media to develop, “create a competitive environment for media outlets and ensure the independence of their editorial and management policies from interference by public authorities.”