Obstacles to Registration and Citizenship Confirmation Threaten to Create a New Wave of Statelessness in Ukraine: A Preliminary Legal AnalysisUkrainian political prisoner’s drawings from Russian captivity go on display in Berlin Russia called a disused aerodrome a state secret to sentence Ukrainian to 12 years The main threat is in ourselvesSergei Kovalyov, Heir To Sakharov Who Always Put Principles First, Dies At 91A brief description of the KHPG strategic litigations in July–December 2020In Memory: Raisa Rudenko, imprisoned by the Soviet regime for her role in the Ukrainian Helsinki Group“Crimea is our land. We did not give it to Russia, nor did we sell it” Powerful final court address by Crimean Tatar human rights defenderFalse and True VictoriesRussia removes memorial to Katyn Massacre in new attack on historical truthWith open eyesViktor Shur: 6 years in Russian captivity for a photo of cows in a disused aerodromePensioner jailed for 12 years in Russia on charges of telling Ukraine about military activities near the borderPhotographing a disused aerodrome can get you jailed for 12 years in Russia if you’re UkrainianIn Memory: Levko Lukyanenko, Founding member of the Ukrainian Helsinki GroupCrimean Tatar who sued Putin over annexation of Crimea ‘deported’ to UzbekistanHow to Eradicate Sovietism in Ukrainian PrisonsHow I Remember Boris NemtsovIt’s Never Too Late to Set the Record StraightDecommunization trials in Lithuania and Ukraine, while Russia defends Soviet past
• Topics / Politics and human rights

’The Day I Killed The Soviet Union’ 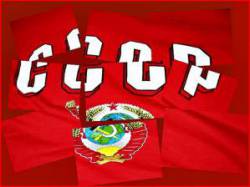 December 1 is the happiest day of my life. On this day I killed the Soviet Union.

I am not a violent person. But on December 1, 1991, I voted in a referendum on the independence of Ukraine, along with more than 90 percent of Ukrainians.

This was the end of the USSR. I am saying this not because my life immediately became better. In fact, for many of my fellow Ukrainians life became worse, or at least more difficult.

Nor am I trying to challenge Russian leader Vladimir Putin, who said that the demise of the Soviet Union was the biggest geopolitical disaster of the 20th century. God forbid! He may have his own reasons to feel this way. I just want to share my happiness and explain it.

I never liked the Soviet regime. From early childhood one had to learn to be a liar, a hypocrite, to stop being oneself in order to make a career or even to survive. But it was not the kind of regime one bravely stood up to, as you would to a foreign occupation.

I have this constant argument with my Russian husband, who likes to tell me about his relatives who were dying of hunger in besieged Leningrad during World War II.

I say: true, their suffering was immense. They were holding out against the Nazis, they were treated as heroes -- and rightly so.

But not all people who were dying of hunger in the Soviet Union were treated as heroes.

My grandparents and their extended families, who were dying alongside millions of other Ukrainian peasants in the 1930s during the Holodomor, did not receive such an honor. In times of peace they were sentenced to death by, presumably, their own government for being just that: Ukrainian peasants.

How can I be proud that the Soviet Union liberated Ukraine and half of Europe from the Nazis, if Stalin’s regime killed more people in my family than Hitler’s?

As most young people, I had a thirst for belief. But the communists destroyed religion. They replaced it with a caricature, Marxism-Leninism, in which even its secular priests, party leaders, failed to believe.

Operating in a country for several generations and using brutal repression as a means of persuasion, they managed to destroy one’s moral compass. Soviet people -- and they did manage to turn some of my countrymen into Soviet people -- had a difficulty in telling right from wrong, because what was right for the regime, was often morally wrong.

This contradiction would eat a person from the inside. A monument to the victims of communism in Prague is a vivid representation of this internal destruction. First, a person whole, then there is crack in him, then the corrosion eats him piece by piece. At the end there is almost nothing left.

A plaque to the monument says that it is dedicated not only to those who were killed or jailed by the regime, but also to those whose lives were ruined by communist despotism.

To see what this despotism could do to a society, one needs to look at Ukraine’s politics. For many politicians, what is right is what helps one to survive and reap the immediate benefit. Forget about moral principles, national interest, and personal integrity.

The consequences of this systematic moral distraction are all too visible in Ukraine, and I am afraid, they will be for many years to come. But the system that caused it and supported it with some of the most inhumane methods in history, died on December 1, 1991.

It is up to an individual now to recollect that he or she is God’s creature with free will, who can act in a moral way because it is right. Isn’t that a good foundation for happiness?