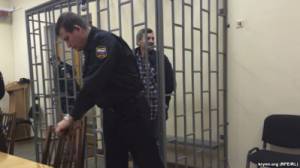 All of Russia’s Crimean victims have had to confront varying forms of lawlessness, but none demonstrates contempt for the law quite so flagrantly as the criminal proceedings against Crimean Tatar leader Akhtem Chiygoz and other Crimean Tatars.

Natalya Poklonskaya, installed as prosecutor after Russia seized control in Crimea,   announced on Dec 7 that the case against six Crimean Tatars had been sent to the court.  Typically, although 6 defendants are mentioned, the charges listed are against Akhtem Chiygoz, Deputy Head of the Mejlis of the Crimean Tatar People.  He is accused of having organized “mass disturbances” outside the Crimean Parliament on Feb 26, during which two people died.

Chiygoz has been held in detention since Jan 29, two other men for over 6 months, in connection with ‘a case’ that Russia’s own law prohibits.

Against Crimean Tatars and specifically the Mejlis

Chiygoz is the highest ranking leader of the Mejlis remaining in Crimea, after Russia banned Mustafa Dzhemiliev and the Head of the Mejlis Refat Chubarov from their homeland.  His arrest is impossible to not view as part of a major offensive against the Mejlis which has been unwavering in its opposition to Russia’s occupation and which holds enormous authority with the vast majority of Crimean Tatars.

Ali Asanov is not able to see his children, the youngest of whom was born in June, after his arrest

There are strong grounds for concluding that the two men also in detention -  Ali Asanov and Mustafa Degermendzhy – have been put under enormous pressure to testify against Chiygoz, and may be still held in custody as punishment for refusing. 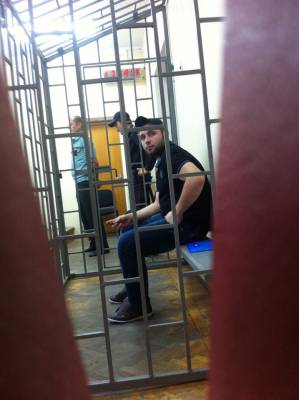 There is no justification for holding any of the three men in custody.  Ali Asanov, in particular, has four small children, one born after he was taken into custody, and an elderly father, all of whom he is prevented from providing for.  Chiygoz has made it quite clear that he sees this case as aimed at terrorising Crimean Tatars into leaving Crimea and that he is remaining in his homeland.

They are not, however, the only Crimean Tatars who have been targeted over the last year, with many others also called in for questioning, visited by the FSB and subjected to searches of their homes.

Poklonskaya herself is planning to present the prosecution’s case.  The woman’s grip of the law has always seemed more than tenuous, but it is inconceivable that Russia’s Investigative Committee is not aware that the case is against Russian law, begging the conclusion that lawlessness is being used as a weapon, aimed at instilling fear and intimidating Crimean Tatars into submission or exile.