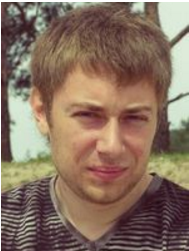 The Moscow Regional Court has sentenced 32-year-old Ukrainian Valentin Vyhivsky [Russian: Vygovsky] to 11 years in a maximum security prison on spying charges classified as ‘top secret’.   The trial was behind closed doors with a state-appointed lawyer, and there are very strong grounds for believing that the charges are trumped up, and that Vyhivsky was deceived into agreeing to cooperate with the investigators.  Such ‘cooperation’ normally means that a person gets a reduced sentence for having ‘confessed’.  Here, even the state-appointed lawyer called the sentence harsh and said that they would be appealing.

There is disturbingly little information about this case at all.  Zoya Svetova, a Russian human rights activist is one of the only people to have been allowed to see Vyhivsky.  She reported back in August that she had finally managed to find him being held in the Lefortovo Prison in Moscow, after being contacted by his father who was desperate with anxiety.  Vyhivsky, who lives in Kyiv, was detained with a group of people at the railway station in Simferopol on Sept 18, 2014.  He seems to have been separated from the others and taken away for ‘questioning’ with physical force probably applied.  His father, Petro Vyhivsky later told the newspaper ‘Den’ that he had tried to stop his son from going on the trip, but to no avail.  He believes his son was detained at the station by the so-called ‘self-defence’ paramilitaries who have worked closely with Russian soldiers and the occupation leaders they installed since Feb 2014.  If this is the case, they handed Vyhivsky over to the FSB [Russia’s security service].  The FSB’s version is that he was detained trying to hand over money for material received.

According to his father, Valentin graduated in electronics from Kyiv Polytechnic and has his own business.  He supported Maidan and gave money to the volunteer effort. “A pretty typical example of a Ukrainian these days, and now Russia is trying to made a spy out of him.”, the newspaper writes.

What is quite clear is that the Ukrainian national was taken against his will to Russia where he has been held in detention ever since.

The Ukraine’s Foreign Ministry had initially been told only that Vyhivsky was charged under Article 183 of the Russian criminal code (illegally receiving and disclosing information constituting a commercial, tax or banking secret). Later, the State-appointed lawyer Vladimir Goryachev informed Vyhivsky’s family that the charges could be changed to espionage (Article 276).  He was convicted on Dec 15 under both articles of the Criminal Code for supposed economic and military spying.  He appears to have been charged with trying to find employees of the Russian aerospace defence industry to gather and pass him secret technical documentation. Russia’s FSB claims that he was detained while passing money to a Russian national for the material.

Vyhivsky was added by Ukraine’s Foreign Ministry to its list of Ukrainian political prisoners held in detention or imprisoned in Russia.

Even without the concern over the method in which Vyhivsky was taken by force to Russia, there are compelling grounds for doubting that he received a fair trial.  Back in August Svetova reported that the 32-year-old behaved very strangely.  He did not want to talk about himself at all, and even refused to say which article of the criminal code he’s charged under.

There are a number of disturbing elements in common with other cases against Ukrainians held in Russia and Russian nationals who are also falling victim to mounting spy mania in Russia.

The investigation and trial are held in almost total secrecy, and with the person in detention put under heavy pressure to stay with a state-appointed lawyer.

In January 2015, Russian mother of seven Svetlana Davydova was arrested and charged with state treason for having made a phone call to the Ukrainian embassy to tell them that Russian soldiers from her home in Vyazma were probably being sent to Ukraine to fight.  The lawyer provided by the prosecutor sought only to get her to ‘confess’.  He made no attempt to stop the court from remanding Davydova in custody despite the fact that the latter was still breastfeeding her 2-month-old daughter.  It was only after the case gained publicity and well-known human rights lawyer Ivan Pavlov became involved that the charges of ‘state treason’ were dropped.

It is doubtless of significance that the Russian investigators illegally prevented Ivan Pavlov from representing 73-year-old Ukrainian Yury Soloshenko.  He was convicted of spying and sentenced to 6 years (which he would be unlikely to survive) after total secrecy about the case, and with Soloshenko having been pressured into agreeing to a state-appointed lawyer.

In October this year Viktor Shur, a Russian national who has long lived in Ukraine was convicted of ‘spying for Ukraine’ and sentenced to 12 years maximum security imprisonment.  He was alleged to have “carried out intelligence activities in the Bryansk oblast – gathered information constituting a state secret about a protected Defence Ministry site on the commissioned of Ukraine’s State Border Service. Had the information gathered been passed to Ukraine’s Security Service, the latter could have used it against Russia’s security”.  Shur was detained while crossing the Russian-Ukrainian border.

Yet again, with the services only of a state-appointed lawyer, Shur was said to have “fully confessed”.

Ivan Pavlov’s civic organization Team 29 has even published advice to people on what to do if the FSB turns up at their home or work – and, they stress, this can now happen to anybody.