Putin Admits Lying over Russian Military Involvement in Ukraine, Talks Ransom LanguageRussia’s crimes in Crimea, not ending sanctions, should be on the West’s agenda,Repressive measures intensify as Crimean blackout bitesDzhemilev: Free Political Prisoners & Restore Rights if You Want Power BackCrimea without Power: Where Now?Armed Right Sector & Azov fighters are discrediting Crimea BlockadeCrimean Blockade: No More ‘Mutually Advantageous Collaboration’Stop Feeding Bandits! Crimean Tatars call for a Civil Blockade of Occupied CrimeaLegislative Stab in the Back for CrimeansGermans ignore international embargo against Russian-occupied CrimeaUkraine can demand the arrest of ships which enter Crimean portsTransport blockade can help return Crimea to UkraineECHR could take years to reach judgement on annexation of the CrimeaSilence over Repression of Crimean Tatar LeaderRussia resurrects Soviet ways in treatment of the Crimean TatarsRefat Chubarov also banned from CrimeaCrimean Tatar Mejlis newspaper accused of ‘extremism’Statement of Concerned Scholars Regarding the Current Predicament of the Crimean TatarsCrimean Tatars demand end to repression, call for international supportCrimean Tatars defy ban on remembrance
• Topics / News from the CIS countries 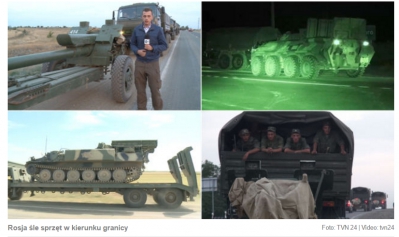 A day after Russian President Vladimir Putin clearly stated that “we have never denied that there are people [in Ukraine] resolving various tasks, including in the military sphere”, his Press Secretary has claimed that the President was “misinterpreted”.

As reported, Putin was answering a question from Ukrainian UNIAN correspondent Roman Tsymbalyuk who began by sending him greetings from the two Russian military intelligence officers captured in the Luhansk oblast and then asked if Moscow planned to exchange them for Nadiya Savchenko, Oleg Sentsov and other Ukrainians held prisoner in Russia.  He also pointed out that the Minsk Agreements had not been implemented by any side and asked whether Putin was planning a new offensive or whether he might leave Ukraine in peace for a while.

Putin’s Press Secretary Dmitry Peskov, together with such Kremlin-funded media as Russia Today (RT) have concentrated only on the above-quoted sentence, circumspectly omitting Putin’s later words in which, like any kidnapper, he counted the prisoners on each side, and insisted that the exchange must be “of equal value” (discussed in detail here)

Putin was certainly aware that the two Russians named, Yevgeny Yerofeyev and Aleksandr Aleksandrov stated repeatedly in May and later that they were serving Russian military intelligence [GRU] officers.  They repeated this, without Ukrainian officials present, to representatives of the OSCE Monitoring Mission, to Sergei Krivenko, a well-known Russian human rights activist and member of the Human Rights Council under Russia’s President; to Pavel Kanygin from the Russian independent newspaper Novaya Gazeta who first spoke to the men on May 22 and then visited them again at the end of the month.  This is not to mention considerable evidence presented by the Ukrainian investigators, testimony by the Ukrainian soldiers who took the men prisoner and the interview they gave the Kyiv-based journalist Savik Shuster.

It was indeed unexpected that Putin should have disregarded the official version which is that the men resigned from their posts at the end of 2014, and signed contracts to work in the militia of the so-called ‘Luhansk people’s republic’.  It was not the first time, however, that Putin has openly admitted to having lied.  In the film on Crimea marking the first anniversary of Russia’s invasion and annexation, Putin openly refuted his own previous denial that Russian soldiers were involved.

Putin went on to say that there are no regular troops there, however, and expected his listeners to “feel the difference”.

They did not, and the Kremlin is now doubtless feeling aggrieved, but this does not make Peskov’s ‘correct interpretation’ any more convincing.

He asserts that “Russian citizens have gone to the south-east of Ukraine at their own wish, and nobody sent any military specialists there”.

“A war was waging there.  People went there to fight. They shot and took part in military activities.  That is the military sphere”, Putin’s press secretary claimed.

The words are reported by the Russian Interfax agency which obligingly reported only that “Putin had stated that Russian citizens are present on Ukrainian territory, but one is not talking of the regular Russian army.”

By late afternoon on Thursday, the Kremlin-funded Russia Today TV channel was also pushing the line that Putin’s comments had been “twisted by Western media”.  Amusingly, however, after correctly quoting the relevant words, their obliging western ‘experts’ had difficulty explaining what had been “misreported”, but one, Neil Clark, certainly seemed in no doubt that Putin had meant military advisors.

It has now been established that a Russian-made BUK missile positioned on territory under Kremlin-backed militant control shot down the Malaysian airliner MH17 on July 17, 2014.  Hopefully the question of whether Russian military trainers were provided with the sophisticated surface to air missile carrier or whether the militants were left to their own devices will one day be assessed by a war crimes tribunal.

A recent study carried out by Ukrainian human rights groups found that both Russian military servicemen and mercenaries were directly implicated in the torture of Ukrainian prisoners, both soldiers and civilians.  More than 87% of soldiers and 50% of civilians taken prisoner had been subjected to torture or ill-treatment.  In over 40% of these cases, key roles had been played by men who identified themselves as Russian military personnel or mercenaries.

Russian human rights activists have also been active in probing the involvement, often forced, of Russian conscript or contract soldiers, and the deaths of many of them, almost certainly in Donbas.

Earlier in December, Sergei Krivenko, the above-mentioned member of the Russian Human Rights Council, informed that he and colleagues are demanding a proper investigation into the sharp increase in Russian soldiers’ deaths during the second half of 2014.  This covers the period when western journalists were demonstrating long columns of Russian military trucks heading to the militant-controlled part of the Russian-Ukrainian border, and NATO and most western countries were reporting significant Russian military engagement in Ukraine. 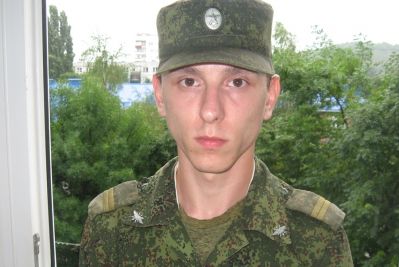 Alexander Yenenko, one of the soldiers jailed after refusing to ’volunteer’ to fight in Ukraine

Serious questions must also be asked regarding alleged ‘volunteers’.  Five Russian contract soldiers were recently sentenced to terms of imprisonment because they didn’t want to end up fighting in Ukraine.  The soldier most open in speaking with the media received the longest sentence.  All were among the number of military servicemen who were sent to the Rostov oblast, bordering Ukraine, and,  as reported back in July, went absent without leave after being offered up to 8 thousand roubles a day for ‘volunteering’ to go to Ukraine, and effectively held there until they agreed.

Moscow has used its power of veto in the UN Security Council to block an international tribunal into the MH17 downing and Putin himself issued a decree on May 28 classifying as secret all information about Russian military losses during “special operations in peacetime”, without providing any definition of ‘special operations nor any clarity as to what information is to be concealed.  Boris Nemtsov, the Kremlin’s most ferocious critic, including over its undeclared war against Ukraine, was gunned down near the Kremlin on Feb 27 this year.  There have been numerous attacks, repressive measures and even criminal prosecution of people probing soldiers’ deaths in Ukraine.

With so much effort at concealment, it must be galling that Putin should have proven so startlingly blunt, but his lackeys can quit trying to “correctly interpret” what we all heard and understood.