Memorial exposes Russia’s cynical con in trial of ‘Ukrainian nationalists’Ukraine’s leaders can prove Russia’s Karpyuk - Klykh trial is farce - why don’t they?Russia’s ’Ukrainian Nationalist’ Show Trial: No Bodies, No Proof, but Good ’Confessions’Tourists Beware: Putin’s KGB-Kafkaesque Justice is for Foreigners Too24-year sentence in Russia’s ‘Ukrainian Chechnya fighter’ show trialThe Chilling side to Russia’s claims about Yatsenyuk as Chechnya fighterIn Putin’s next show trial, Ukrainians are cast as Chechnya separatist fightersWhere being Ukrainian is as good as being guiltyMoscow shouts ‘abduction’ yet holds Ukrainian hostages incommunicadoRussia holds 72-year-old Ukrainian hostage on absurd spying chargesRussian mother of 7 stands by her warning about Russian soldiers in UkraineRussian Mother of 7 accused of ‘treason’ released from custodyRussians call to release mother of 7 accused of revealing ’state secrets’Russian woman charged with ‘treason’ for reporting soldiers sent to UkraineRussian Newspeak: “Killed at exercises on the border with Ukraine”Russian soldiers’ deaths in Ukraine: A web of lies and fake social network pagesMore Russians aware that their sons are being sent to fight and die in UkrainePersecution of elderly activist exposing Russian soldiers’ deaths in Ukraine continuesRussian rights activist investigating soldiers’ deaths in Ukraine arrestedRussia continues lying about solders’ deaths in Ukraine
• Topics / News from the CIS countries 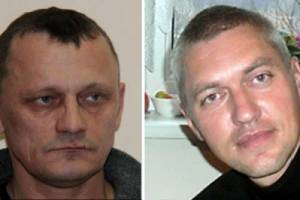 Of the 30 Russian soldiers whom Russia is claiming two Ukrainians – Mykola Karpyuk and Stanislav Klykh - killed while supposedly fighting in Chechnya, 18 were killed in another place altogether, while a further 11 did not die from gunshot wounds, as the prosecution claims.  The renowned Memorial Human Rights Centre notes that “the investigators clearly did not look into the real circumstances of their death, hoping that nobody would get involved with this “hopeless case”.

Memorial HRC has just published a damning fourth part of its analysis into the charges against the two Ukrainians whose trial began in Grozny (Chechnya) on Oct 27.   Earlier parts had already confirmed the lack of any proof that the impugned torture and atrocities against Russian soldiers even took place, let alone that 51-year-old Mykola Karpyuk and 42-year-old Stanislav Klykh were involved.

The men are accused of killing 30 named Russian soldiers and it is this part of the indictment that Memorial HRC has just demolished.

After scrutinizing this list, they point out that 18 men (60%) “died at a considerable distance from the places where the indictment claims the Ukrainians were involved in clashes”.  Ten of the other 12 men were killed when their tanks or military vehicles were burned or hit by grenades, and another man died from shrapnel wounds.  The two Ukrainians are accused of having been part of an armed gang using only firearms.

Memorial HRC states that one can therefore conclude with certainty that the charges of killing 30 Russian soldiers “are in no way based on a study of the circumstances of the deaths of these soldiers”.  It points out that the investigators did not even bother to find out that four of the dead men were paratroopers.

During the trial, the mothers of young conscripts who were killed gave testimony which also showed that the young lads had been sent to Chechnya without any training.  One woman said that they had had no idea that their son was in Chechnya until they received notification of his death.

Russia is claiming that the two men are Ukrainian nationalists who, as members of the organization UNA-UNSO [Ukrainian National Assembly – Ukrainian National Self-Defence] fought against the Russian army on the side of Chechen independence fighters at the end of 1994 and beginning of 1995.  At the time of the impugned crimes, Klykh was taking university exams in Kyiv, which can be proven.  Karpyuk was looking after his dying mother, and there is certainly witness testimony to confirm this.  Karpyuk is a prominent member of UNA-UNSO, which at the time he was abducted had merged into Right Sector).  It is likely that Klykh was seized simply in order to give weight to claims of an armed gang.

The men were held incommunicado for long periods, with Klykh only able to see a lawyer of his choice after 10 months in detention, and Karpyuk after almost a year and a half.

Both men retracted their so-called ‘confessions’ as soon as they had contact with a lawyer, and both have given detailed accounts of the torture they say was inflicted in order to obtain the testimony.  Back in October, however, Judge Vakhit Ismailov rejected the defence’s application to have detailed allegations regarding the torture added to the case.  These have been sent with applications to the European Court of Human Rights.

In an earlier part of its analysis, Memorial HRC wrote that “a comparison of the testimony about crimes against captured soldiers with external independent sources give us grounds to assert that at the preliminary investigation Klykh and Karpyuk were forced to give false testimony against themselves and other Ukrainians accused of military involvement on Chechen territory.”

The confessions have been used by the head of Russia’s Investigative Committee Alexandr Bastrykin to publicly claim that Ukraine’s Prime Minister Arseny Yatsenyuk and other prominent politicians were guilty of atrocities in Chechnya.

In Part 3 of its analysis, Memorial HRC pointed out that the harrowing confessions from the two Ukrainians about horrific acts of torture and murder of Russian soldiers were repeated many times in the indictment yet the men were not charged with these crimes.  This was seen as a ploy to ensure that the jury heard shocking stories of crimes that had in fact never happened without the defence having a chance to demonstrate that they were pure fiction.

This is the second time that testimony against Ukrainians obtained by Russia’s Investigative Committee has proven to have no basis in fact.  Serhiy Litvinov remains in Russian detention almost a year and a half after the cowherd from the Luhansk oblast crossed into Russia to get treatment for an inflamed tooth.  He was seized and tortured into confessing to being a fighter for a Ukrainian volunteer battalion and committing a whole range of heinous war crimes. The Investigative Committee had originally announced that it was ‘investigating’ alleged genocide against the Russian-speaking population of Donbas’.  A few days later, ICRF spokesperson Vladimir Markin pushed this claim, asserting that “the character and style of the murders carried out by the National Guard and Right Sector resemble other similar crimes which the Dnipro Battalion Private Serhiy Litvinov describes in detail in his testimony.” (see: Russia forced to withdraw insane charges against Ukrainian hostage)

Over recent months the investigators have been forced to withdraw the charges after it was proven beyond doubt that the victims named and the places where the alleged atrocities had occurred did not exist.  Russia has come up with a robbery charge and is still not releasing Litvinov.

Russia’s show trial of ‘Ukrainian nationalists’ is falling apart at the seams.  It is, unfortunately, likely to continue undeterred by compelling evidence that the charges are fiction concocted by investigators who did not even take the time to learn what actually happened during the battles in question and how real young conscripts died.