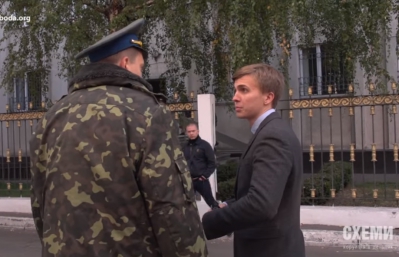 Ukraine’s military prosecutor’s office has terminated criminal proceedings over an attack on anti-corruption journalists investigating the luxury cars driven by members of the SBU, Ukraine’s security service.  The SBU is supposed to fight corruption, but first set guards onto the journalists, then resorted to threats to try to prevent their program being broadcast.

One of the journalists Mykhailo Tkach has reported that the military prosecutor in Kyiv terminated the investigation on Dec 31, having found no evidence of obstruction of journalists carrying out their work (as per Article 171 of the Criminal Code).

It is next to impossible to get prosecutions in Ukraine over obstruction of journalists, however this case was flagrant and widely publicized, making the termination of proceedings particularly disturbing.  The prosecutor’s decision claims that the “the SBU military servicemen … did not realize that they were, with their actions, obstructing the legitimate professional activities of the journalists and did not intend to damage their video camera”.

The investigators decided that although there were formally actions which were unlawful, these were ‘insignificant’ and did not pose a public danger.

The journalists themselves and media lawyer Vera Krat from the Regional Media Development Institute disagree and will be appealing against the decision. 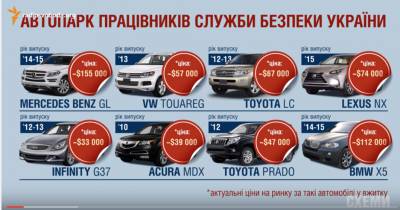 The cars with their price tags

Tkach and Kyril Lazarevych, are from the Skhemy: Corruption in Detail program which is run jointly by Radio Svoboda and UTV-1.  They had spent weeks tracking the super-expensive cars that SBU employees come to work in and the secret car parks they use to avoid parking them immediately outside the SBU.

The public importance of such information is clear.  The SBU is responsible for combating corruption and economic crimes, and the cars driven are a good indicator of whether lifestyle matches their (declared) income.

Tkach earlier explained that they had first spent some time taking photos and videos of the vehicles in question and then tried to find out how they could afford them.  It was at that point that the purportedly ‘insignificant’ attack took place on Oct 2, 2015.

In the program, the journalists identify high-ranking officials and give the price tags of their cars.  They also find one employee - Ivan Porada who, when asked by the journalists how he could afford his Toyota Highlander, denied being an SBU employee, only to disappear into the SBU building.  A little after this, first one guard emerged and demanded to see their ID, then another.  After that a young woman from the press service, identified only as Anna, appeared.

It should be stressed, that at each stage, the journalists presented their ID and explained what they were doing, with this entirely legal.

Suddenly they were accosted by a number of men, both in security guard uniform and in plain clothes.  Tkach asked the SBU press officer to intervene, but she silently moved away and just watched as they twisted his arms behind his back, forced him face down onto the asphalt and then dragged him, and then Lazarevych, into a single storey building nearby.

The same Porada, who’d denied working for the SBU, appeared with their video camera that had been taken off them and demanded that they delete the video footage.  They answered that they couldn’t do so, since the video is the property of the organization they work for.

They were then ordered to write who they were ‘spying’ for and Porada took the memory card away to delete its contents.  As reported earlier, they were both released within a few minutes with the SBU attributing the incident to increased security following the bomb blast outside the Odesa SBU on Sept 27.   Hluhovsky  apologized and promised an internal investigation, suggesting that the security guards “may have exceeded their powers”.  The journalists were also invited to see SBU head Vasyl Hrytsak who said that he had instructed a faster investigation – within 10 days, not a month. 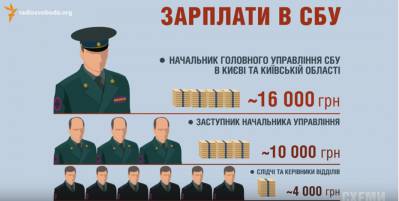 Initial scepticism was only exacerbated by the fact that the SBU CCTV footage given to Radio Svoboda did not have the relevant moments on it, though it contained footage immediately prior to the incident and when the men were released.  The relevant footage needed to be extracted from the SBU via a court application.

Later in October, the SBU tried to get the program removed, with the details about luxury vehicles used by staff, rather than the public transport claimed, clearly uncomfortable.   So too were the comments from the journalists that the 50-70 thousand dollar price tags on many of these cars should require years, if not a whole lifetime for civil servants to earn.

The program can be viewed here https://youtube.com/watch?v=yDzgLqHCiKs

Thus far there has been no follow-up to promises that any discrepancies found between SBU officials’ lifestyle and their income declarations would be checked with appropriate action taken.