So can you annex a country’s territory & jail those who criticize this for ‘separatism’? 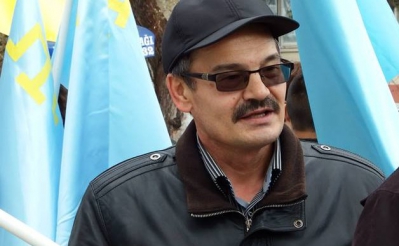 The European Court of Human Rights is to determine whether Russia violated the rights of Rafis Kashapov, Russian Tatar activist sentenced to 3 years imprisonment for criticism on social networks of Russia’s invasion and occupation of Crimea.  Kashapov is the first person to have been sentenced under the new charges of “public calls to violate Russia’s territorial integrity”.  These came into force in May 2014, three months after Russia’s forced annexation of Crimea and it was feared at the time that they could be used against critics of Russia’s actions which have been internationally condemned as in breach of international law.

The application to Strasbourg states that the Russian authorities “have unwarrantedly extended” interpretation of the new article 280.1 of Russia’s Criminal Code by qualifying public expression of the view that Crimea was annexed (“joined” in the original) unlawfully as a public call to separatism.  It also asserts that the 3-year sentence under any circumstances was excessive.

Kashapov’s lawyer Damir Gainutdinov told Kommersant that the European Court of Human Rights [ECHR] will effectively be judging whether Russia can punish people for expressing opposition to its annexation of Crimea.

Kommersant only spoke with Russian analysts, whose views would not necessarily be shared by commentators outside the country.  Alexander Verkhovsky, Director of the Sova Centre which monitors ‘extremism’ and xenophobia,  pointed out that many countries have punishment for separatism, but that in this case ECHR “should assess whether one can punish for calls to it [separatism] if they were not linked to violence”.  Rais Suleimanov from the Institute for National Strategy considered Kashapov’s posts “unequivocally separatist”, but thought he shouldn’t face criminal liability if there are no calls to physical violence “even if they clash with the country’s policy”.

While it may be the case that the court in Strasbourg will wish to avoid political considerations, it is not at all obvious that Kashapov’s comments on VKontakte should be classified as ‘calls to separatism’.  If statements effectively endorsing the March 27 UN General Assembly Resolution that Crimea remains part of Ukraine are to be viewed as ‘calls to separatism’, then Russia could imprison Russian nationals and probably Ukrainians in Russian-occupied Crimea for repeating statements made by the UN, EU, European Parliament or any number of democratic governments.

57-year-old Kashapov, the Head of the Tatar Public Centre,  was arrested on Dec 28, 2014 and has been in custody ever since.

The charges are literally of inciting hatred or enmity (Article 282 § 1 of the Criminal Code) and “public calls to actions aimed at violation of the Russian Federation’s territorial integrity” via the Internet (Article 280.1 § 2).  The latter criminalizes what are termed ‘public calls to violate Russian territorial integrity’ with this punishable by 4 years, or 5 if via the Internet.

The 3-year sentence was for four posts on the social network VKontakte, none of which has been removed or blocked.  It is possible that Russia’s FSB [Security Service] is happy to leave them there as a warning of what can get you a prison sentence. 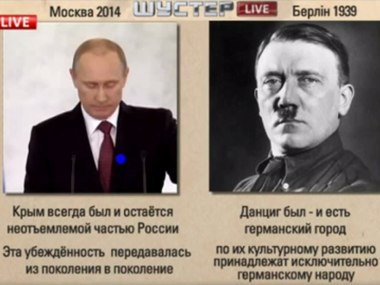 The Sova Centre, on the contrary, found no grounds for the accusations against Kashapov who has been recognized as a political prisoner by the Memorial Human Rights Centre.