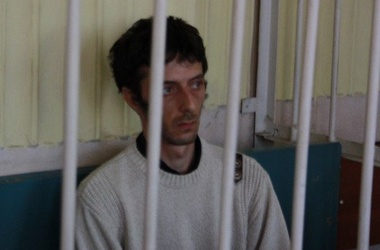 33-year-old Khaiser Dzhemiliev’s lawyer Nikolai Polozov reports that Russia has now formally rejected Ukraine’s application for Khaiser’s extradition, despite all legal grounds under bilateral agreements for returning the young man to Ukraine.  The son of veteran Crimean Tatar leader and Ukrainian MP Mustafa Dzhemiliev was taken from Crimea a few months ago and is now being held in a Russian prison in Astrakhan.  This makes it extremely difficult for his mother to visit him, with her needing a special ‘invitation’ from the authorities.  Mustafa Dzhemiliev has not seen his son since he was banned by Russia from his homeland in April 2014, shortly after Russia’s invasion and annexation of Crimea.

Polozov writes that his next battle will be to get early release for the young man who has only a year of his sentence to serve.  Judging by the unwarranted rejection of Ukraine’s extradition request, and Khaiser’s treatment in the prison, it seems likely that Russia will wish to hold on to their ‘hostage’ as long as they can.

Khaiser Dzhemiliev appears to have been moved to Astrakhan around the same time that his father initiated the Crimean Blockade.  This was almost certainly a reprisal against his father and illegal even according to Russian legislation which stipulates that he should be imprisoned either according to his place of residence, Crimea, or in the Krasnodar region where the trial took place.

By late November Polozov reported that Khaiser had been twice placed in a punishment cell.  Safinar Dzhemilieva explained that her son has to stand in a damp and unheated solitary cell all day and is only allowed to lie down at night.  He gets only one meal a day – like in Soviet times, she said.  It was hardly surprising therefore that out of physical emaciation and tiredness, he could have fallen asleep during the day, which is what the second period in a punishment cell was officially for.

Mustafa Dzhemiliev, who himself spent 15 years in Soviet labour camps, has repeatedly accused the Kremlin of open blackmail by holding his son in prison.

A particular example of legal nihilism in this case, as in those of Oleg Sentsov, Oleksandr Kolchenko, Oleksandr Kostenko and other Ukrainian political prisoners held in Russian-occupied Crimea or Russia, is that Russia is claiming that the men ‘automatically’ became Russian nationals as a result of Russia’s invasion and occupation of Crimea.