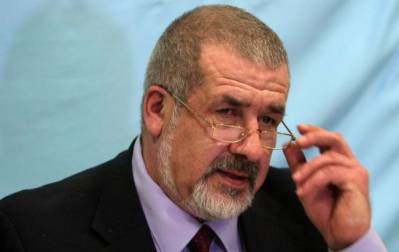 The Ukrainian website LIGA.net has been added to Russia’s considerable List of Banned Sites after it refused to remove words spoken by exiled Crimean Tatar leader Refat Chubarov about the war with Russia which cannot end until Russia ends its occupation of Crimea.  Roskomnadzor, Russia’s media regulatory body effectively responsible for censorship has banned access to the website on Russian territory and in Russian-occupied Crimea for supposed “calls to carry out extremist activities”.

Instead of complying with the Russian censor’s demands, LIGA.net’s technical specialists have prepared advice to Russian and Crimean readers on how to bypass the ban.  The simplest measure, it says, is to install a free plugin for a browser which will open access to the many sites now banned in Russia.

LIGA.net regularly posts material about Russia’s aggression in Donbas, about Ukrainians held hostage in Russia, etc., however it was specifically the report on statements made by Refat Chubarov, the Head of the Crimean Tatar Mejlis or representative assembly which has been used to justify blocking the site from Jan 2016.

The text in question is called: ‘Chubarov: Ukraine must prepare for open war with Russia’.   While the title can sound alarming, the text’s content is quite unambiguous.

LIGA.net was in fact reposting a report on Ukrinform which in turn was reporting Chubarov’s words in an interview on Channel 5.

The report which the Russian censor wanted removed reads:

“In the opinion of the head of the Mejlis, the war for Ukraine will totally end only after Crimea’s ultimate return to the country.

Ukraine should prepare itself for a fully-fledged military conflict with Russia.  “I’m one of those who call on people to prepare for the worst, for open war with Russia”.

“The view that some part of Ukraine’s territory can remain with the enemy poses a threat for Ukraine itself. If we are really concerned about Ukraine, and want it to succeed, and for us to live in a country that enjoys great respect among its neighbours, and most important, respects itself – we must return Crimea. Therefore for us the war will end only when Crimea is back within the Ukrainian state”.

As reported, earlier Valeria Lutkovska, the Human Rights Ombudsperson stated that the Russian occupation authorities in Crimea are effectively carrying out a policy of deportation of the Crimean Tatars.”

Russia has banned Refat Chubarov and the world-renowned veteran Crimean Tatar leader Mustafa Dzhemiliev and at least one Crimean Tatar rights activist Sinaver Kadyrov from their homeland.  Thousands of others have been driven into exile because of Russia’s invasion and annexation of Crimea.  Crimean Tatars and all those who oppose Russia’s occupation face harassment, and even politically-motivated persecution under Russian occupation.  As reported here, a grotesque trial is currently underway with Akhtem Chiygoz, the highest-ranking head of the Mejlis still in Crimea facing a long sentence over fabricated charges involving a pre-annexation demonstration which Russia has no jurisdiction over.

It is hardly surprising that Chubarov and other Crimean Tatars who have suffered from Russian aggression insist that their homeland must be returned.

The text does not incite people to violence and the war in question is one that is already continuing, one that was not unleashed by Ukraine.

The supposed ‘extremism’ is clearly in the insistence that Crimea be returned.  Russia has already imprisoned Russian Tatar leader Rafis Kashapov for demanding no more.  In Kashapov’s case they claimed he had made ‘public calls to violate Russia’s territorial integrity”

In October 2015, Russia announced that it was initiating criminal charges against Chubarov  - also for “encroaching on Russia’s territorial integrity” by insisting that Crimea is Ukraine.

They should have thought of that before they banned him – also for peacefully opposing their lawless land-grab.