Six years in a Russian prison for sending a job application 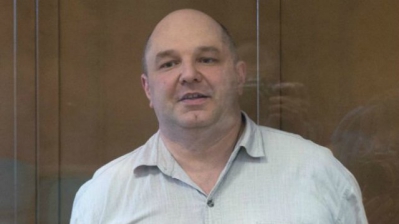 Russian engineer Gennady Kravtsov had been sentenced to 14 years maximum security prison, so the Supreme Court’s reduction of the sentence to 6 years could have been worse.  The appeal hearing on Feb 4 should, however, have resulted in the sentence overturned since the charges were utterly surreal.  The 36-year-old radio engineer was convicted on Sept 21, 2015 of state treason because he sent a job application to the Swedish Radio-technical Centre.  Not surprisingly, therefore, Kravtsov’s lawyer, Ivan Pavlov has no intention of giving up until his client is released.

Kravtsov had worked on satellite intelligence during his 15 years in GRU, from 1990 to 2005.  He was not allowed to leave Russia or take on any security-sensitive posts for a period of five years after leaving.  The job letter was sent after the 5 years were up.  That is the crucial point in a trial totally shrouded in secrecy.  Not only were all court hearings behind closed doors, but the prosecution’s case was based on secret normative acts which the defence were not allowed to see.

To compound the insanity Kravtsov himself had no possibility of seeing some of the orders he was accused of breaching since they had been passed after he left the GRU.

Neither the defendant, nor his lawyers, were thus able to defend him since they had no access to some of the case material.

The main ‘evidence’ against Kravtsov was an expert assessment with respect to whether there had been secret information in the letter sent.  Since this assessment contained many terminological inaccuracies, the defence back in September had prepared over 200 questions.  They remained unanswered since the judge turned down their application to have the experts summoned for questioning.

The prosecution claimed, and the court accepted, that Kravtsov had passed secret information to Sweden about the Tselina-2 military space-based radio surveillance system.  How state secrets could seriously be revealed in a job application is a mystery.  It was also established that Kravtsov had not received any money from Swedish sources.

There have been a huge number of ‘spying’ cases over the last two years in Russia.  The trials are entirely secret and, most worryingly, the prosecution very often puts pressure on defendants to accept state-appointed ‘lawyers’ whose role is generally to sign papers and encourage the person to ‘confess’.

This was the case with Svetlana Davydova, a mother of seven from near Smolensk.  She was accused of ‘treason’ for having made a phone call in the Spring of 2014 to the Ukrainian embassy to warn them that Russian soldiers from a unit near her home were probably being sent to fight in Ukraine.  Despite having a 2-month-old daughter whom she was still breast-feeding, she was taken by force to Moscow where a court remanded her in custody for 2 months.  The ‘lawyer’ said nothing to the judge about her infant daughter and only told Davydova she should ‘confess’ and then things would get sorted out.  Thankfully, journalists heard of the case and even Russia’s disturbingly passive public found the story too shocking to ignore.  Whether the outcry would in itself have been enough is unclear, but it did result in Ivan Pavlov taking on Davydova’s defence.  She was shortly afterwards released from custody. Pavlov then succeeded in getting it through to FSB officials that they would effectively be confirming Russian military involvement in Ukraine if they continued accusing her of divulging state secrets.  The prosecution was dropped.

Two Ukrainians and a Russian who has long lived in Ukraine have been tried in secret and given long sentences since Russia’s invasion of Crimea and aggression in eastern Ukraine.  The case of Yury Soloshenko is particularly disturbing.  The 73-year-old pensioner from Poltava could not have divulged any ‘secrets’ since there were none to which he was privy.  He was held in detention and prevented from seeing Ivan Pavlov who had agreed to defend him or the Ukrainian consul.  Without any proper advice, he eventually accepted a state-appointed lawyer and then ‘confessed’ almost certainly in exchange, he thought, for being sent home to Ukraine.  He has now been sentenced to 6 years maximum security and sent away to a prison.  He and his family understandably fear that this will prove a death sentence for the elderly pensioner who is in poor health.