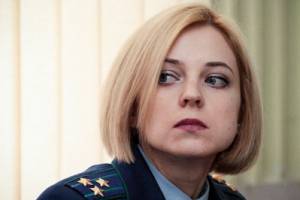 A new investigator has tried to get the brother of recognized political prisoner Oleksandr Kostenko to undergo a psychiatric assessment.  Yevhen Kostenko is facing criminal charges for allegedly ‘insulting’ the judge involved in the surreal trial in Russian-occupied Crimea of his brother on charges over which Russia has no jurisdiction.

The charge of ‘insulting’ the judge in question – Vladimir Mozhelyansky - dates back to the court hearing prior to announcement of the verdict against Oleksandr Kostenko.   The latter had been subjected to torture, resulting in evident bruises and a broken arm.  In protest that even on the eve of the sentence his client was being beaten and refused food, the defence lawyer Dmitry Sotnikov left the court.  So too, in solidarity, did Oleksandr’s mother and brother.  The latter had a nervous twitch because of the strain they were under.  The court bailiffs interpreted his movement as an indecent gesture and demanded a formal explanation.  He explained that it had been a spasm and apologised to the judge if his gesture had been misinterpreted.  No medical examination was carried out.

Sotnikov reports that 9 months have now elapsed, but that on Feb 16, Yevhen Kostenko was summoned for interrogation without a lawyer.  He appeared in response to the summons, but only to state that he would not take part without his lawyer.  The investigator tried to get him to agree to undergo psychiatric assessment voluntarily.  When the young man refused, the investigator began threatening him with a forced assessment.   Sotnikov points out that Russian legislation clearly stipulates the circumstances where such mandatory assessment is possible, and such actions by the investigator would be unlawful.

Sotnikov was forced to ring the investigator to ascertain which investigative activities had been undertaken with respect to his client in his absence.  At that point, the investigator claimed that he was doing nothing under Sotnikov, who is based in Moscow, arrives and that he had summoned Yevhen simply to “meet him and see what kind of person he is”.

It was Natalya Poklonskaya, the person installed as prosecutor after Russia’s annexation, who personally ran the extraordinary prosecution of Oleksandr Kostenko.  Sotnikov accuses her now of ineptly trying to concoct a trial, without any offence, of Kostenko’s brother.  This is not the first time that Oleksandr Kostenko’s family has been targeted (details here). 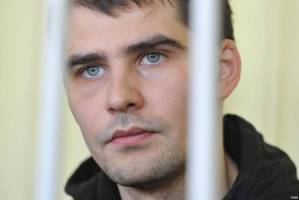 The court ignored Kostenko’s retraction of his initial ‘confessions’, despite the ample evidence of ill-treatment.took only the original ‘confession’ and first interrogation into account and found Kostenko guilty of both charges, and sentenced him to four years imprisonment.  The court of appeal upheld the conviction, but reduced the sentence to 3 years and 11 months.

The authoritative Memorial Human Rights Centre has condemned the entire trial of Kostenko and declared him a political prisoner.