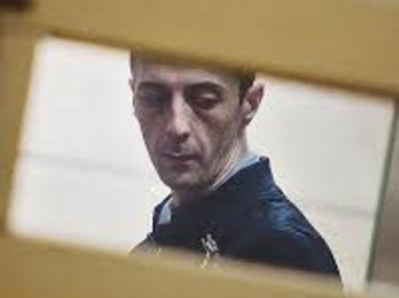 Russia is refusing to allow the Ukrainian consul to see Khaiser Dzhemiliev, the 33-year-old son of veteran Crimean Tatar leader Mustafa Dzhemiliev.  It recently turned down his application for parole and clearly plans to hold him imprisoned as long as it can.

Khaiser’s lawyer Nikolai Polozov has just lodged an appeal against the refusal to grant parole.  However neither he nor Khaiser’s family are in any doubt that the young man is being held hostage as a form of pressure on his father.  The world-renowned Crimean Tatar leader who spent 15 years in Soviet labour camps is an implacable opponent of Russia’s occupation of his homeland.  Russia banned him from entering Russian-occupied Crimea in April 2014.  It has now also issued an arrest warrant against him on grotesque charges,  effectively of trying to enter his homeland.  As well as Russia’s imprisonment of Khaiser Dzhemiliev, there was also recently an attempt to take Mustafa Dzhemiliev’s grandson, Erol Abdulzhelilov away « for a talk »  (see: Russian occupiers come for Mustafa Dzhemiliev’s grandson).

Khaiser Dzhemiliev was not at the parole hearing. Through video link from the prison he stated that he had been held in a punishment cell for around 4 months.  He said that he had been penalized for falling asleep during daylight hours and for ‘disrespect’.  He did not agree with the punishment, but had not appealed as he did not know how.  The prison administration said that he had received 7 punishments.  They gave no details, only vague words about not wanting to reform, infringing order and being a  bad influence on other prisoners.

Such penalties would enable punitive measures against Mustafa Dzhemiliev’s son, and also give an excuse for refusing parole.  Polozov has said that they will be appealing against Thursday’s ruling, but he has no particular illusions as to the chances of success.  If all appeals fail, then the young Dzhemiliev should be released in November this year.

By late November Polozov reported that Khaiser had been twice placed in a punishment cell.  Safinar Dzhemilieva explained that her son has to stand in a damp and unheated solitary cell all day and is only allowed to lie down at night.  He gets only one meal a day – like in Soviet times, she said.  It was hardly surprising therefore that out of physical emaciation and tiredness, he could have fallen asleep during the day, which is what the second period in a punishment cell was officially for.

A particular example of legal nihilism in this case, as in those of Oleg Sentsov, Oleksandr Kolchenko, Oleksandr Kostenko and other Ukrainian political prisoners held in Russian-occupied Crimea or Russia, is that Russia is claiming that the men ‘automatically’ became Russian nationals as a result of Russia’s invasion and occupation of Crimea.