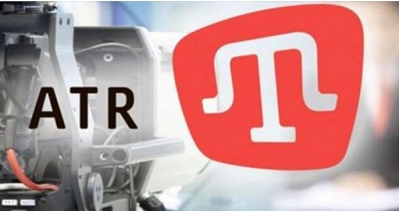 It is almost a year since Russia tried to silence the unique Crimean Tatar television channel ATR, forcing it to close in Russian-occupied Crimea.  Relaunched in Kyiv, the channel is now again in danger and, gallingly, this time it is inaction from the Ukrainian government which is jeopardizing the channel’s existence.  Aider Muzhdabaev, ATR Deputy Director General, has warned that the channel could soon be forced to close for financial reasons.  This would be a disgrace for Ukraine, he says.

A year after invading and occupying Crimea, Russia used re-registration requirements as a means of silencing almost all Crimean Tatar media.  Russia’s regulatory body Roskomnadzor only formally refused to re-register one the QHA news agency.  In the case of TV ATR, a Crimean Tatar children’s channel Lale, and others, no refusal was given, but no registration.

There were few illusions as to why.  Three months earlier, Sergei Aksyonov, the leader installed when Russian soldiers seized government buildings on Feb 27 2014, had stated that ‘hostile’ media who talk of a return to Ukrainian control, etc. have no place in annexed Crimea. Later, in an interview to RIA Novosti, he claimed that ATR was creating tension in Crimea by giving people the hope that Crimea would return to Ukraine.

Near the end of March 2015, as the deadline for re-registration on April 1 approached, ATR began a marathon under the title “Don’t kill ATR” with this to continue until they received registration or until midnight on March 31, after which all staff would be in breach of Russian law.

ATR General Director Lilya Budzhurova spoke of the closure of ATR as a tragedy for the Crimean Tatar people.  “Do not shoot the soul of an entire people.  Do not destroy ATR”, she pleaded.

On March 31, 2015 hundreds of people gathered outside the ATR studio, many visibly distressed.  The police openly videoed those gathered, though at least did not intervene.  They did, however, detain 7 young people who were trying to make a video clip in support of ATR.  There were also visitations on, and in one case a search of leading Crimean Tatar figures, with them being warned of the consequences of protests against the silencing of these media.

International protest was heard, with Amnesty International calling the moves against ATR and other independent Crimean Tatar-language media a “blatant attack on freedom of expression, dressed-up as an administrative procedure and a crude attempt to stifle independent media, gag dissenting voices, and intimidate the Crimean Tatar community.”

In June 2015, ATR and children’s channel Lale began broadcasting from Kyiv.  At a press conference on June 18, Refat Chubarov, Head of the Mejlis or representative assembly of the Crimean Tatar people stated that ATR “has become not only the spiritual and linguistic mouthpiece for Crimean Tatars, but also a virtual platform which the people united around. with such steps as these, we are not only helping all our people remaining in Crimea to retain their honour, self-respect, but we are also keeping them all in order to once more be united.  I am convinced that ATR’s role in this will be enormous”.

Ukraine’s leaders had promised that ATR would be able to broadcast from mainland Ukraine, although its audience in Crimea would be limited to those with satellite television.  Aider Muzhdabaev points out that President Petro Poroshenko had called it a matter of honour for Ukraine that the Crimean Tatar television channel could broadcast to Crimea.

ATR has now launched a campaign entitled “Save ATR” since, according to Muzhdabaev, the channel has received no material assistance from Ukraine at all.  The channel is even forced to pay for the satellite broadcasting to Crimea itself, and it is faced with serious financial difficulties.

These are coming at a time when repressive measures are only increasing in Crimea, with Crimean Tatars particularly targeted.  The court hearing, doubtless a formality, on the plans to prohibit the Mejlis is due on March 3, and Akhtem Chiygoz, the Deputy Head of the Mejlis (and highest-ranking leader not to have been banned from Crimea!) has now been held in custody for 13 months, together with other Crimean Tatars facing trumped-up charges.

It would shame Ukraine and be an act of treachery to Crimean Tatars and all Ukrainians in occupied Crimea if ATR, broadcasting from mainland Ukraine, falls silent.