Ukrainian Jewish leaders appeal to Holland: Give our country the chance to break with the pastDutch referendum puts Ukraine in spotlightPlaying with fear and ignoranceFormer Soviet political prisoners call on Holland to say yes to Ukraine’s European futureUkraine: The case for ’voor’ in the Dutch ReferendumAppeal by the leaders of Ukrainian national communities to the Dutch populationUkrainian PEN asks Dutch colleagues to support a YES voteRussia lodges a surreal ECHR inter-state claim against Ukraine over MH17, water for occupied Crimea & "discrimination"Crimean Resistance to Russian Aggression and Moscow’s Savage Revenge Russia tells ECHR that it didn’t annex Crimea & accuses Ukraine & West of ‘fake evidence”Poland charges three with terrorism & sees Russian link in arson attack on Hungarian Centre in UkraineWhat is Happening around Babyn Yar Today?Five Ways We Have Changed the World’s Perception of UkraineEU Formally Approves Ukraine Association AgreementRussia’s war on George Soros goes globalSix Outrageous Lies Russian Disinformation Peddled about Europe in 2016Trump, Brexit, and the Myth of Ukrainian NationalismBellingcat says Russia used ‘fake evidence’ to point finger at Kyiv in downing of MH17Alternative report on the implementation of the International Convention on the Elimination of All Forms of Racial Discrimination by UkraineWhy Has a Former Soviet Dissident Gone on Hunger-Strike in Britain?
• Topics / Politics and human rights

How a democratic tool became a threat to democracy 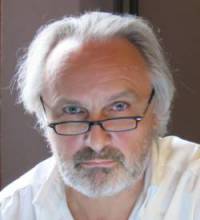 For decades the Dutch political party Democrats ‘66 campaigned for the introduction of a referendum as part of political life in The Netherlands. The main reason was to bring politics closer to the people, to let them have a say in key issues that affected the country, and strengthen the connection between politicians and the citizens. In the end they succeeded, and an advisory referendum was added to the Dutch political system. How could they imagine that this creation, introduced as the ultimate tool of democratic governance, would became a mechanism hijacked and used for non-democratic purposes?

Yet that is what has happened in The Netherlands over the past months. The Dutch organization “Geen Peil”, that itself proclaims that it is “tendentious, unfounded and unnecessarily insulting”, managed to find more than 400, 000 Dutch citizens who on line pushed the button “yes” in favor of a referendum on the Ukraine-EU Association Agreement. In itself this is a feat, one has to admit, although one has to keep in mind that pushing a computer button is pretty easy and costs nothing, and that if one tells you it is for your benefit, to give you back your influence over politicians, to fight the “corrupt bureaucracy” in Brussels, to counter the thieves and scoundrels that politicians are, it is not so difficult to find 400, 000 Dutchmen to push “yes” (The main feat is actually to find 400, 000 who live on such underbelly feelings and at the same time use internet).

With such a number of citizens who voted in favor, the government had no choice but to organize a referendum. And what sort of referendum: to vote in favor or against an agreement that is so complex that hardly anybody read it, in particular those who supported the referendum in the first place and pushed “yes”, but undoubtedly also those who organized the campaign. Because let it be known: Jan Roos and Thierry Baudet, the organizers of the campaign, have never been in Ukraine and judging by their remarks and statements they hardly have an idea of what is happening in that country. They see it as a corrupt hellhole run by fascists and oligarchs with half the population wanting to be with Russia…

And actually they don’t care. Ukraine is here not the issue; it is at maximum the baby that is thrown away with the bathing water. Their goal is to question Dutch membership of the EU, which they openly acknowledge, to mess up the political equilibrium in The Netherlands and to go for the big bait: should The Netherlands be part of the EU or not? They feast on the feelings of anxiety among the Dutch citizens, who are worried about their future since the 2008-2009 economic crisis, are sacred of the technological revolution and its consequences, the influx of other nationalities onto the Dutch labor market (which is actually a very much one-sided fear, because “we” should be allowed to live like kings as “pensionados” in Spain and misbehave as cheap tourists in Turkish resorts, but oh oh we don’t want them to come spoil our lives in The Netherlands) and the loss of the safety-blanket that the small Dutch society used to provide. All very valid feelings and worries, of course, but Roos and Baudet don’t care about that either: these scared Dutch citizens are just easy objects in their power play. It is the game of narcissists who smell power and do not know how to control those forces inside themselves.

But there is more. The political or spiritual crisis is not only happening in The Netherlands, it is Europe-wide. The picture is a scary one: the Front National in France, an ultra-right wing party with fascist tendencies that tries to pretend to be respectable and borrows 27 million euro from Putinist Russia to campaign for the Presidency. Orban in Hungary, a “leader” who loves building fences and curbing freedom of speech, and doesn’t care a minute about the basic rules of democratic government. Populist right-wing or left-wing leaders in other European countries, including the Netherlands where a white-headed populist shouts whatever he wants, is said to be the largest political force now in the country but has no party but a “movement”: no members, no internal democracy and thus no counter-force, just he himself and everybody has to listen to him or can get out… And then we have cynical opportunists like Roos and Baudet, one (Roos) who has made insulting as the main tool of his trade and the other (Baudet) who proclaims he is the “most important intellectual’ in the country and then goes around as a first-class manipulator spreading nonsense.

A very sad picture; but also a very dangerous one. This is a new political reality in Europe, and it will not disappear soon. A referendum that was introduced as the ultimate form of democracy has been hijacked, and the Dutch government is again paralyzed, unable to respond and take position, and consequently lets things deteriorate even further. It provides funds for the referendum campaign, and stands by watching when the “anti”-campaign impudently applies for funding for “against”, “neutral” and “in favor” and gets away with it. Roos and Baudet and their supporters play with the impotence of the Dutch government, but by doing so they erode the democratic structure in our country.

People don’t understand there is a laughing third: a dog - a wolf in fact – waiting to run away with the bone. The biggest threat since the Second World War is sitting in the Kremlin, a concoction of KGB-nihilism and extreme criminality that has been merged into a frightening force that now threatens democratic Europe. Their basic rules of the game are simple: the European Union must crumble before Russia goes down the drain. All buttons are being pushed; all moles have been activated. You don’t have to be a Kreminologist or Sovietologist to understand what is going on. Just use your brain and open your eyes and you will see what is happening.

Yet Mr. Roos and Mr. Baudet don’t care about any of this. They are playing their little game of Monopoly, and they feel they can win the pot. Playing fair or cheating, what’s the difference? They smell blood, and go in for nothing less than the kill.

We are on the eve of very disturbing times. No need to compare to what happened 80 years ago. Either you understand, or you don’t. The future will show. May God be with us.

First published in Russian in Novoye Vremya.  Reposted with the kind permission of the author