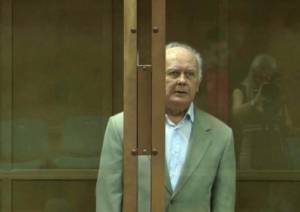 Yury Soloshenko, the 73-year-old Ukrainian pensioner, sentenced to 6 years in Russia on mystery ‘spying’ charges has cancer.  This is the latest blow for the elderly Ukrainian who has not seen his grandchildren since August 2014.  He wrote in a letter just received, but unfortunately not dated, that he was in hospital and that the following week it would be decided whether he is to receive treatment or to be returned to prison conditions.   Ukraine has formally requested Soloshenko’s extradition, together with that of Crimean filmmaker Oleg Sentsov, civic activist Oleksandr Kolchenko and Gennady Afanasyev, all recognized as political prisoners by the renowned Memorial Human Rights Centre.

Soloshenko has a heart condition and is generally in ill health. It was clear both to him and to Zoya Svetova, the human rights activist who visited him in Moscow that the 6-year prison term was a death sentence.  That was doubtless no less plain to Russian President Vladimir Putin when he turned down his application for a pardon last November.

It is worth noting that Svetova has been visiting Russia’s prisons and its many political prisoners for at least a decade.  She wrote in April 2015 that in those years, she had never seen such flagrant violation of Russia’s Constitution as in Soloshenko’s case.   The most cynical abuse of his rights was seen in the situation with his lawyer.  He and his family had asked well-known human rights lawyer Ivan Pavlov to represent him, yet, in total breach of the law, Pavlov was prevented from seeing him.  While all Pavlov’s efforts failed, Soloshenko was himself put under immense pressure to accept a ‘lawyer’ provided by the investigators. It seems clear that this lawyer, Gennady Blokhin encouraged him to ‘confess’, promising that he would be returned to Ukraine.

We reported earlier a very moving letter Yury Soloshenko wrote to one of the people who had written to him.  In it, he wrote of his longing for his Ukrainian homeland, his love of every blade of grass, every leaf, and his horror at a Russian justice system which is lavish with long prison sentences, with many, like him, totally innocent.

In the letter just received, Yury Danylovych writes that the letters he receives are a great help.  They fill him with hope and help him to endure "this monstrous injustice".  He was responding to words about Spring, which he says was always his favourite season perhaps because he was born in May.  “I look at the bright Spring sun through the window grating and feel an aching pain that I am spending yet another Spring in prison when so few in any case remain”.

He passes on greetings to Nadiya Savchenko, Oleg Sentsov and others, thanking Nadiya for her postcard, and sympathising with Oleg Sentsov who is currently being moved to Yakutia, as far east as Moscow could send him. 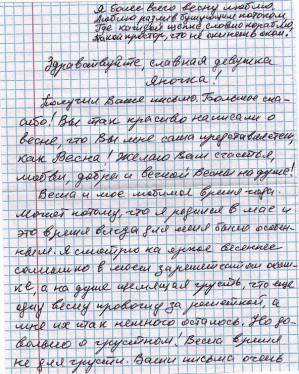 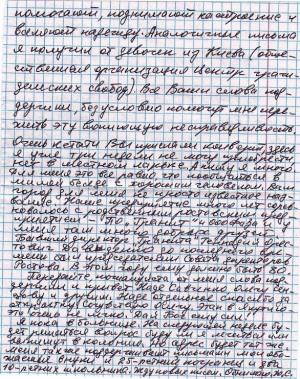