Russian Journalists Sent to Be Killed 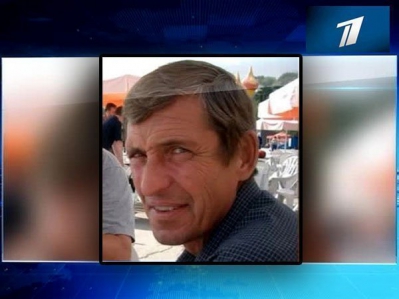 Russia’s use of the death of two journalists for its high-profile trial in Russia of a Ukrainian military pilot captured in Ukraine seems particularly cynical given the total silence over the deaths of other Russian journalists, including one who was almost certainly deliberately sent to his death.

Pathos was pulled out by the state-controlled media in their efforts to convince Russians that Nadiya Savchenko really was implicated in the death of journalist Igor Kornelyuk and cameraman Anton Voloshin on June 17, 2014.  The Kremlin-funded RT even interviewed Kornelyuk’s brother who spoke of the “higher court” which Savchenko would allegedly one day face, and claimed that she was “all in blood”. There was next to no mention of the international condemnation of the trial and the demands from all democratic countries, the EU and Parliamentary Assembly of the Council of Europe for Savchenko’s immediate release.

As well as silence or denial of evidence that Savchenko had been captured before the men were killed and other proof of her innocence, pro-Kremlin media also muffle the facts which became clear during the trial about how the men had been sent to an area of heavy military conflict without any protective clothing, etc.

The journalists themselves were soon forgotten, with no mention of them even on the first anniversary of their death.  It was the latter that was utilized for propaganda from the first evening.  Russia’s Foreign Ministry was adamant within hours of their death that the dead men and other Russian journalists were “courageously bringing the truth about the real events in Ukraine. It is precisely this truth that is feared by the Kyiv authorities and the various paramilitary formations which have imposed real terror against journalists from Russia”.

The ‘truth’ that Kornelyuk was bringing must unfortunately be disputed,   In an article entitled “How they make TV propaganda” from August 2015, a former employee of the All-Russia State Television and Radio Broadcasting Company explained how in February 2014 they had been told that a war was beginning which made the Cold War look like child’s play.  Top managers had had meetings in the Kremlin after which they would in turn pass on instructions, such as regarding the terms used by the presenters, like ‘junta’, ‘fascist’ and Ukrainian punitive forces. This war propaganda machine, writing about war horrors committed exclusively by Ukrainians proved popular and instructions came from the Kremlin that channels should not compete with each other since they were all part of what the source called a “general propaganda organism” (details in English here)

For Moscow, however, it was clearly not all Russian journalists who were “bringing the truth”.  There has been almost no mention of the first journalist deaths, even though Andrei Mironov was Russian.  Mironov was more of a human rights defender, but was on a fact-finding mission with Italian journalist Andrea Rocchelli when they came under fire and were killed on the outskirts of Sloviansk in May 2014.

Novaya Gazeta’s Pavel Kanygin was thankfully only beaten up and ‘deported’ by Kremlin-backed militants last year after he honestly reported a protest against the militants in Donetsk.  Russia’s prosecutors do not want to know.

Another death has also been ignored, probably for more sinister reasons.  Journalist and cameraman Anatoly Klyan was working for the same channel as Kornelyuk, and there was no reason for Moscow to suspect him of bringing, so to speak, “the wrong truth”.  A criminal investigation was even initiated after he was killed in gunfire on June 30, 2014.

The problems appeared soon and clearly prompted Moscow to forget this slain journalist.  It was Orkhan Dzhemal, a Russian journalist writing for Forbes, who spilled the beans.  The journalist who was close by when Klyan was killed believes that the journalists had been taken there to come under fire.

June 29, 2014 was the last day of an agreed ceasefire between Kyiv and the self-proclaimed Donetsk People’s Republic.  Ceasefires were as relative than as now, and Dzhemal gives details of attacks by the Kremlin-backed militants on Ukrainian military units.

The first such militant attack was in Donetsk, and after 6 hours of night battle the Ukrainian soldiers surrendered to the militants, with officers taken prisoner.  “The next attempt to seize a Ukrainian unit seemed less like a military operation, and more like provocation.”, Dzhemal writes. The journalists were phoned by the militants’ press service and told that they should go, together with soldiers’ mothers, to the military unit in the township Spartak.  There were no more than 50 men guarding this, the militant press person said, and claimed that the commander had agreed that the men would surrender to the militants without a fight.

“The mothers of soldiers serving there will come out with placards for additional moral pressure, and you’ll be able to get sensational material. I will carry out the negotiations, I have experience in this”.

A separate minibus for journalists was laid on, however Dzemal says that some kind of intuition prompted him to travel to the ‘negotiations’ by taxi, together with colleagues from LifeNews. They were thus able to get to safety, unlike the minivan with journalists which arrived near a military unit which was awaiting attack late at night and came under heavy fire immediately.  Klyan and the driver were killed.

“There will probably now be a whole lot of statements about the inhuman Kyiv fascists who shoot journalists. Although all who were there, without exception, understand that we were simply placed under fire. It’s not for nothing that they call this war “mainly information”: a busload of journalists shot at is also a propaganda achievement, no worse than a military unit that’s surrendered”, Dzhemal wrote.

Reporters without Borders also wanted to know why a bus with journalists and soldiers’ mothers had set off hours after dark.  Whether because of such questions or Dhemal’s revelation, the initial attempts to present Klyan’s death in the same light as that of Kornelyuk and Voloshin were quietly forgotten.

They had been set up to die for nothing.