First prison sentence for crimes against Euromaidan activistsUkraine’s only trial over Maidan killings under threatPolice & judges accused of impeding prosecution of crimes against Euromaidan activistsAnother person charged with Euromaidan crimes allowed to escape?Ex-Security Service chief in custody over Euromaidan killingsSo who doesn’t want justice for Euromaidan victims?High-ranking Berkut officer charged over Euromaidan killingsEuromaidan: A Year of Impunity and what went wrongEx-Berkut officer on trial over AutoMaidan ambushEx-Berkut officers arrested on suspicion of involvement in Maidan killingsWhere are 13 mysterious Berkut sniper suspects?Who (hasn’t) answered for crimes against Maidan?Maidan killings suspect missing after being released from custodyTwelve detained on suspicion of involvement in the gunning down of Maidan protesters (updated)Blood and Berkut Sniper Bullets on the President’s HandsMustafa Dzhemiliev on Maidan: I’m proud of you, dear fellow UkrainiansBerkut snipers aimed at protestersWaiting for more bloodshed?Open threats and covert plans as ‘hostage law’ deadline nearsRuling majority takes hostages through new “amnesty law”
• Topics / Court practices
• Topics / Human Rights Violations associated with EuroMaidan 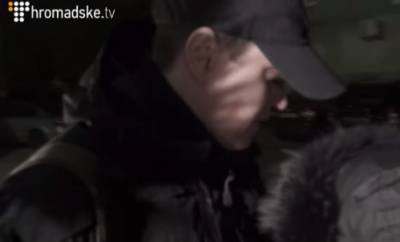 Serhiy Horbatyuk, head of the Special Investigations Department is planning to demand a probe into the behaviour of judges who may have helped a crucial suspect escape justice.  Roman Zavorotny, who is accused of a key role in arming ‘titushki’ or paid thugs with police machine guns, was released from custody just after midnight on Sunday morning.  At least one other key suspect accused over the killing of Euromaidan activists has disappeared after being released from custody, so there are grounds for concern.

Horbatyuk says that his department’s indictment was sent to the Svyatoshynsk Court over two months ago, on January 21, 2016.   A week later, the case was sent to the Court of Appeal for jurisdiction to be determined, with Zavorotny’s detention also extended for 2 months, until March 26 (Saturday).

The case involves the illegal arming of police officers and ‘titushki’ with AK74Y machine guns and ammunition.  Zavorotny was one of the titushki and is believed to have played a central role in passing weapons to fellow paid thugs on Feb 20, 2014, the worst day of bloodshed.

It took Valery Odynets, judge of the Kyiv Court of Appeal, until March 2 to take the decision to send the case to the Pechersk District Court in Kyiv.  The actual decision then took almost a fortnight to reach  another court in the same city.

It then transpired that all judges at the Pechersk District Court had taken part in the proceedings as investigation judges and could therefore not preside over the prosecution.  This, it should be stressed, was very easy to predict since the Special Investigations Department is within the Prosecutor General’s Office and that is in the Pechersk district.

With only a day remaining, the investigators took enormous effort and managed to ensure that by 15.00 on Friday, the case had been recorded and a judge, Viktoria Zhmut, assigned (selected by the automatic procedure).

Zhmut refused to hear the case on Saturday.  She may, of course, have had something on, however it is not at all unusual for courts to work on Saturdays and any time on that day would have done.  This case was clearly urgent and had become so because other judges had dragged out a straightforward procedure.

Horbatyuk is understandably furious and says that he will be asking the High Qualification Commission to consider the behaviour of the judges who dragged this out.  He believes that the Svyatoshynsk should have simply examined the case without sending it on to the Court of Appeal.  Such decisions cannot take a month or more to be passed.

Zavorotny was whipped into a car as he left the Kyiv SIZO [remand prison] in the night into March 27 and driven away.

Horbatyuk had earlier explained what the charges entailed.  The investigators believe that on Feb 20, 2014, ‘titushki’ were provided with 408 machine guns and around 90 thousand bullets.  The decision to arm these thugs was taken by the country’s leaders and Interior Ministry [under Vitaly Zakharchenko] despite the fact that there had already been bloodshed that morning.

The investigators only found a small number of the weapons during searches, with the whereabouts of most of them unknown.

Zavorotny, who is believed to have directly taken the weapons away, was the only person in detention, while 3 employees of the police ammunitions warehouse were under house arrest.  8 other people, including Zakharchenko and the ex-head of Kyiv police are on the wanted list.

Zavorotny has now been simply released from custody for reasons that do smell of sabotage.