Torture most classified: How Russia jails another abducted Ukrainian for ‘spying’ 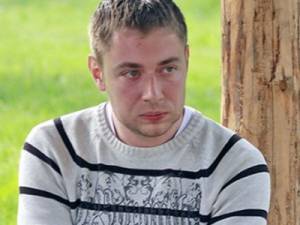 At a closed hearing, Russia’s Supreme Court has upheld the 11-year maximum security prison sentence passed on Ukrainian Valentin Vyhivsky.  Even the defence lawyer was prohibited from divulging the arguments given which clearly included the torture used to extract ‘confessions’.

Vyhivsky was illegally seized in Russian-occupied Crimea in August 2014 and taken to Moscow where he was held for 8 months almost totally incommunicado.  During that period, he was allowed only to meet Russian human rights activist Zoya Svetova.  She wrote that Vyhivsky seemed fearful, did not want to talk about himself at all and even refused to say which article of the criminal code he’s charged under.

According to Valentin’s father Petro Vyhivsky, the Ukrainian consul was only allowed to see him after 8 months, and then in the company of two guards who immediately stopped them if they tried to talk about anything but ‘neutral subjects’.  The same thing happened when his mother was allowed a visit after 9 months.  He managed to tell her  only that “they know how to persuade you”.

It was undoubtedly those methods of ‘persuasion’ that lawyer Ilya Novikov spoke of during the appeal hearing on March 31, but could not divulge to journalists.

The case is now headed for the European Court of Human Rights who will hopefully demand the information.

The State-controlled RIA Novosti incorrectly states that Vyhivsky was arrested in 2012.  This may have been careless reporting, or done deliberately to blur the link with a large number of other politically motivated arrests of Ukrainian nationals in 2014.

Petro Vyhivsky is in no doubt why his son was arrested.  “Soon after the occupation of Crimea, the Russian FSB began seizing our compatriots and pinning serious charges on them so as to still further set the population of their country against Ukrainians”.  He mentions attempts to make Nadiya Savchenko into a murderer of journalists; Oleg Sentsov, Oleksandr Kolchenko and Gennady Afanasyev into ‘terrorists’ and Mykola Karpyuk and Stanislav Klykh killers of Russian soldiers during the first war in Chechnya.

And, unfortunately, they pulled out spying charges against 73-year-old Poltava pensioner Yury Soloshenko, Viktor Shur and his son.

His father assumes it was because of Valentin’s fascination with aviation and space travel since childhood.  This also prompted his choice of higher education, and his hobbies.  He spent lots of time on the Internet chatting with people who were also into aviation.

This may, as claimed, have attracted the FSB’s interest back in 2012, however Vyhivsky is one of a number of Ukrainians of totally different backgrounds who were seized after Russia’s invasion of Crimea and military involvement in eastern Ukraine.  All were held incommunicado for some time, and most retracted confessions after finally receiving access to proper lawyers, saying that they had given them under torture.

There is every reason to believe that torture was the form of ‘persuasion’ used to extract a confession from Vyhivsky as well.

The RIA Novosti report is chillingly reminiscent of those from the 1930s and 40s.  “Vyhivsky [in Russian Vygovsky] was arrested by FSB officers in Crimea. During the pre-trial investigation, he admitted to having recruited Russians and carrying out intelligence activities against the Russian Federation”.

Ukraine’s Foreign Ministry has registered its protest over the Supreme Court ruling and Vyhivsky’s continued imprisonment, and calls him one of the Kremlin’s hostages.  Novikov, who has also represented Nadiya Savchenko, says that all these hostages could be part of an exchange.  It is not clear whether this is based on any specific information.  Certainly all the prisoners, including Vyhivsky, should be understood as illegally held persons and released in accordance with the Minsk Agreement.

For the moment Russian President Vladimir Putin and his retinue are maintaining old lies and claiming that Russia is not a party to the Minsk Agreements.