Time is running out for rule of law in Ukraine. 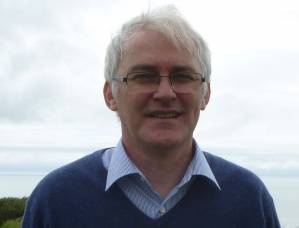 Ukraine has made extraordinary reforms in the past two years. It made unprecedented structural reforms in its energy and banking sector. Government procurement became more transparent than ever before. The war and the unsustainable levels of corruption president Yanukovych left behind made substantial reforms unavoidable. Ukraine is rapidly reaching financial stability now and the current political crisis in part reflects that it is at a stage where it can afford this again.

The country is at a crucial junction in its development now. Reforms in rule of law are paltry compared to other sectors. There is a real risk that reforms will stall now that the country has moved from the unsustainable Yanukovych corruption levels to the sustainable Kuchma levels that allowed some to become extremely rich while the vast majority remained structurally poor. A playground for oligarchs in other words.

Reform failed to gain traction in the justice department in spite of huge efforts by civic organisations to get that rule of law going. The president by appointing first Yarema as prosecutor general (lustrated in 2006) and then Shokin (famous for never prosecuting anybody famous) has effectively sabotaged the introduction of the Rule of Law. It has signaled to everyone else corrupt that they should/could hold onto their place. This has harmed Ukraine at a time when others made extraordinary sacrifices. The soldiers, volunteers but also all the retired people that now have to survive on an average €44 a month pension deserve better.

The oligarch rule that you should not go after your peers when in power has been maintained by the current president. To date not even Yanukovych has been prosecuted and as he had to escape to Russia this could easily have been done to appease both the population and the west. Yet it seems that it is still deemed safer not to set dangerous precedents.

Ukraine needs a working justice system to become attractive to foreign investors and to grow more than a few percentages a year. Even if this threatens vested interests. It would be really stupid for the west to provide further financing without strong guarantees that the rule of law is established in Ukraine. If Ukraine becomes again financially independent it might become as belligerent as it did after it could do without IMF aid in 2009.

Poroshenko is the richest pro-European leader ruling the poorest country of Europe. With his popularity at an all-time low and without having shed a single of his businesses to date there is a real chance that he will protect his personal wealth by never starting real and substantial justice reforms. He can then join a long list of pro-western leaders that knew how to say the right words to appease the west while never practising what they preached.

Further western financial aid should be tied directly to substantial rule of law reforms. This inevitably entails a massive sacking of current prosecutors and judges together with substantial wage increases for those who step into their shoes. A fiscal amnesty can only take place after the justice system starts working credibly if not it would fall far short of potential revenue and just be an undeserved gift to those that do not need it in the first place.

Ukraine’s oligarchy suffered huge financial losses in the past two years. Only the rule of law can prevent that they try to make up for these losses. Expect political instability and orchestrated violence as those who pull the strings of power position themselves as the only possible providers of stability for Ukraine. We should take that instability as temporary and stay the course on the rule of law as this is what sets western democracies apart from other systems.