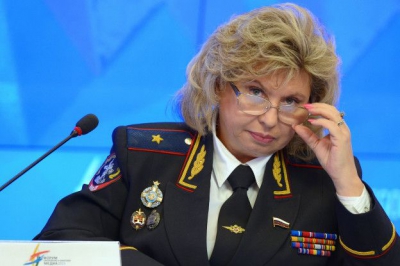 The week began in Russia with proposals from the Head of the Investigative Committee to censor the Internet and criminalize &#146denial’ of Russia’s fake Crimean ’referendum’.  It ended with the election of a human rights ombudsperson who immediately announced plans to fight alleged attempts by the West to use human rights as a political weapon "to destabilize Russia".

The election of Tatyana Moskalkova, a Police Major General and MP from the ‘Just Russia’ party has appalled rights organizations and the liberal media in Russia.

TV Dozhd recalls that in 2012, during the Pussy Riot trial, Moskalkova introduced a draft bill ‘on morality’ which would have introduced criminal liability for ‘attacks on morality’ and proposed punishments of up to one year’s imprisonment for sexual intercourse or urinating, etc. in public. The bill was apparently rejected even by members of her own party.

In April 2015, she wanted to rename the Interior Ministry after the first name of the notorious Cheka, or Soviet secret police.  The police, in conditions of crisis, she alleged, should be given “the appropriate powers to bring in order and maintain the country’s peace and security”

During her address on Friday, Moskalkova stated that “we must raise the prestige of our Human Rights Ombudsperson to world level.”

She asserted that “the subject of human rights is being actively used by Western and American bodies as a weapon of blackmail, speculation, threats, attempts to destabilize and put pressure on Russia”.

She asserts that Russian compatriots living abroad are in need of the Ombudsperson’s protection.  “Russian schools are closing. Russian nationals, living abroad, have fundamental – political, socio-economic and other – rights infringed.  The Human Rights Ombudsperson must take on this issue”.

Worth noting that Russia seriously pushed the narrative that Russian and Russian-speakers’ rights were being violated in Crimea immediately prior to Russia’s invasion and annexation.  It has constantly pushed this line in Donbas as well.  The same narrative is widely pushed in the Baltic Republics.

In the interview given to TV Dozhd, she stated as follows: “Are there political prisoners? We do not have a section in the Criminal Code linked with political issues.  We can’t call extremism, terrorism and even treason political crimes, these are criminal sentences. And this category of people is not separated, either by how they are held in custody, or by the rules for their serving of their sentence or by other data.”

There wasn’t a section in the Soviet criminal code labelled ‘political crimes’ either. The most reliable – and long  – list of Russian and some Ukrainian political prisoners held in Russian captivity has been put together by the renowned Memorial Human Rights Centre.  It contains 64 names, but cannot be considered comprehensive.  It does not, for example, contain the names of at least 2 Ukrainians – Valentin Vyhivsky and Yury Soloshenko – whose ‘confessions’ to spying were obtained through entirely illegal means.  A very large number of political prisoners have been sentenced to periods of imprisonment for what the prosecution and courts decided to call ‘extremism’, but which democratic countries would consider expression of views.  These include, for example, Rafis Kashapov and Darya Polyudova, whose sentences were based solely on criticism of the Kremlin, Russia’s annexation of Crimea and aggression in eastern Ukraine. 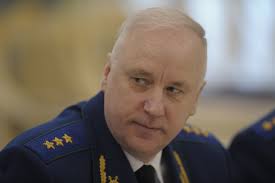 In his article in Kommersant on April 18, the head of the Investigative Committee Alexander Bastrykin claimed that Russia has seen a sharp increase in ‘extremism and terrorism’ over the last year.  This is hardly surprising when criticism of the authorities, and especially of Russia’s occupation of Crimea and undeclared war in Donbas are increasingly treated as ‘incitement to enmity’ or ‘extremism’.  Kursk deputy Olga Li is now facing incitement to enmity charges, falling under the notorious articles on ‘extremism’, after she posted a highly critical address to Russian President Vladimir Putin.

Bastrykin also proposed supplementing the concept of ‘extremist activity’ in Russia’s criminal code with denial of the results of a national referendum.  This would enable criminal liability for denying the outcome of the so-called ‘referendum’ arranged within 10 days in March 2014, and ‘observed’ by a motley bunch of neo-Nazi, far-right or neo-Stalinist politicians.  The event has not been recognized by any western democratic state, nor by the UN General Assembly.  Bastrykin, however, wants to criminalize its denial and claims as ‘precedent’ the criminalization of denial of the Holocaust or of the Armenian Genocide.

It was, in short, a bad week for human rights in Russia and for Russian-occupied Crimea.