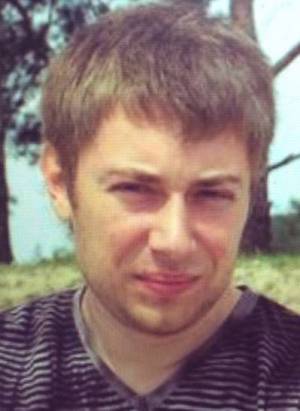 Ukraine has formally requested the extradition of another Ukrainian abducted from Crimea in 2014 and sentenced in Russia to 11 years on mystery ‘spying’ charges.  Valentin Vyhivsky was sentenced behind closed doors, with his lawyer preventing from divulging any information, including the almost certain use of torture to extract a ‘confession’ from the 33-year-old.

Vyhivsky was illegally seized during a visit to Simferopol (Crimea) in August 2014 and taken to Moscow where he was held for 8 months almost totally incommunicado.  During that period, he was allowed only to meet Russian human rights activist Zoya Svetova.  She noted then that he was obviously too frightened to talk to her about himself, and even refused to say what article of the criminal code he was charged under.  The Ukrainian consul was only allowed to see him after 8 months, and then in the company of two guards who immediately stopped them if they tried to talk about anything but ‘neutral subjects’.  The same thing happened when his mother was allowed a visit after 9 months.  He managed to tell her only that “they know how to persuade you”.

Russia’s Supreme Court upheld this mystery conviction on March 31, with the hearing held in secrecy and Vyhivsky’s lawyer Ilya Novikov forced to sign an undertaking not to divulge any information.

A key argument in the appeal would surely have been the fact that Vyhivsky gave any confession under torture.

Petro Vyhivsky believes that his son was arrested as part of a general campaign.

“Soon after the occupation of Crimea, the Russian FSB began seizing our compatriots and pinning serious charges on them so as to still further set the population of their country against Ukrainians”.

Valentin, he suggests, may have been targeted because of his fascination since childhood with aviation and space travel.  He spent lots of time on the Internet chatting with people who were also into aviation.

Russia now has 1 month in which to respond to this latest request under a bilateral agreement on returning prisoners.  It will hopefully add Valentin Vyhivsky to the list of Ukrainians for whom extradition procedure has seemingly been initiated.  It remains unclear whether this indicates real movement or delay tactics, however the list so far includes three opponents of Russia’s annexation of Crimea – renowned filmmaker Oleg Sentsov; Oleksandr Kolchenko and Gennady Afanasyev and retired Poltava pensioner Yury Soloshenko who is about to turn 74.  The list probably also includes Nadiya Savchenko, although talks may also be underway about an exchange.   There is nothing, as yet, to indicate whether the extradition has been requested of Serhiy Lytvynov although he was sentenced a week ago to eight and a half years imprisonment in a farcical trial enacted after Russia’s initial ‘war crimes’ charges were demonstrated to be fictitious.

The trial is about to end of two more Ukrainians – Mykola Karpyuk and Stanislav Klykh.  Like Vyhivsky, they were held incommunicado for many months (in Karpyuk’s case for well over a year).  In their case, as with all prisoners except Savchenko and Yury Soloshenko, there are very serious grounds for believing their allegations of torture.

The above list does not include Oleksiy Chirniy who is also serving a politically motivated sentence in Russia on the same charges as Sentsov, Kolchenko and Afanasyev.  Unfortunately neither he nor his family have made the formal application.

It also omits the Crimean Tatars and other Ukrainians held in detention in Crimea.  That list is long, and ever increasing.  See, for example, the texts here and here.