5 years for a red flag? Controversial decommunization law used against Ukrainian veteransUkraine’s Decommunisation Law hammered by Venice Commission for violating democratic standardsUkraine’s Communist Party OutlawedCommunist party ban will be slammed in Strasbourg, along with original decommunization lawPresident signs dangerously flawed ‘decommunization’ laws"Decommunization" Laws: Deeply Divisive and Destined for StrasbourgAnalysis of the Law on Prohibiting Communist SymbolsParliament ignores public opinion on Ukraine’s history. Will the President?Politicizing History: Parliament adopts Dangerously Divisive LawsPhantoms are phantomsFighting phantomsNo dossier on ShukhevychWorking to reveal the truth about OUN and UPAMore information from SBU archivesSBU is planning to tell the truth about Soviet efforts at discrediting the UPAPresident called on to help lift the seal on KGB archivesOn the 65th anniversary of UPA the arguments still rageFirst joint memorial unveiled for Soviet soldiers and fighters of OUN-UPAUkrainian student sentenced for ‘propaganda of communism’ on FacebookDivisive & Ill-Timed Renaming of Kyiv Street after Controversial Nationalist Leader
• Topics / Freedom of expression 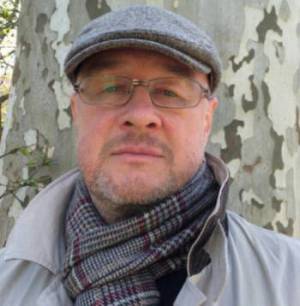 It is just over a year since extremely controversial ‘decommunization’ laws came into force in Ukraine and 6 months since the only one of them presented for assessment received a hammering from the Council of Europe’s Venice Commission.  Promised amendments have yet to be adopted, and the first anniversary was marked by the initiating of a criminal investigation over attempts by veterans to unfurl a red flag on Victory Day.  The laws also came in for some hard-hitting criticism from Georgiy Kasyanov, a Ukrainian historian who recently said in an Ukrainska Pravda interview that one political group is foisting a specific narrative without public consensus.

Four draft ‘decommunization’ bills were tabled in parliament on April 3, 2015, without any public debate. By April 9, they had been adopted in full. There was criticism both from within Ukraine and abroad about two of the bills, and calls on President Petro Poroshenko to veto them.  Instead he signed them on May 15, but promised that a bill would be tabled “in the near future” amending the norms on liability for breaches of the Law "On the Legal Status and Honouring of Fighters for Ukraine’s Independence in the Twentieth Century".  Article 6 of that law had aroused particular concern among both Ukrainian and foreign academics.  The norm effectively criminalizes denial of “the legitimacy of the struggle for Ukraine’s independence in the XX century” or the role in this struggle played by, for example, the Ukrainian Insurgent Army [UPA].  No changes have yet been made.

The situation with the Law “On Condemning the Communist and National Socialist (Nazi) Totalitarian Regimes and Prohibiting Propaganda of their Symbols” is more immediately serious since breach of the ban it imposes could conceivably result in sentences of up to 10 years.  Six months after coming into force, it was slammed by the Venice Commission as being much too broad in scope with quite disproportionate punishment.  The joint interim opinion from the Venice Commission and OSCE/ODIHR found that the law in question could infringe people’s right to freedom of expression and of association.

Even the bill ‘On remembering the victory over Nazism in the Second World War’ gives cause for concern where it talks of “preventing falsification of the history of the Second World War 1939-1945”.  Kasyanov is not alone in wondering how this will be ‘prevented’ and who is to decide what is ‘falsified’.

The final law ‘On access to the archives of repressive bodies of the communist totalitarian regime from 1917-1991’ places the state archives concerning repression during the Soviet period under the jurisdiction of the Institute for National Remembrance’, headed by Volodymyr Viatrovych.

Some very serious allegations have been made about Viatrovych in recent months, particularly in an article by Josh Cohen where he asserts that Viatrovych is ‘whitewashing’ Ukrainian history.  Viatrovych’s rejection of such allegations can be read here.

Cohen's article aroused considerable debate, however doubts about the transfer of all archives to an Institute controlled by people with a fixed ideological position are shared by many.

Viatrovych is one of the authors of the four decommunization laws, and though Kasyanov does not mention him by name, it seems clear that he is one of the people he is referring to in his critical comments.

Kasyanov is the author of important research on the dissident movement in Ukraine and nationalism, and is no apologist for the old Soviet regime.  He criticizes the methods being used to carry out decommunization precisely because they are reminiscent of communist practice.  Those who initiated the process, including 35-year-old Viatrovych, are, in his view, behaving like Komsomol (or youth division of the Communist Party) activists.  There is no public consensus over the measures, and a large number of mistakes are being made.

“A small group of people, among whom are those who see themselves as historians and scholars, put together for draft bills of pretty dubious legal quality and pushed them through the Verkhovna Rada.  The politicians who supported this, the MPs who passed these laws, had probably not even read them”.

Two of the bills he sees as aimed at driving out a Soviet nostalgic narrative of memory, with its symbols, and replacing this with a nationalist narrative.  He cites proposals to rename two streets in Kyiv after the nationalist leaders Roman Shukhevych and Stepan Bandera.

“This logic of “changing minus to plus” is radically ideological and pretty Bolshevik, with the entire public having views foisted on them.”

It should be stressed that reliable public opinion surveys have demonstrated very clearly that a significant percentage of the Ukrainian public have a quite different attitude to Bandera, UPA and to the creation and collapse of the Soviet Union.  To make matters worse, there is a geographical divided with south-eastern oblasts more likely to have a negative attitude to Bandera, UPA and also Euromaidan.

The law on honouring fighters for Ukraine’s independence makes it unlawful to express a critical view of Bandera.

The Institute for National Remembrance was created by former President Viktor Yushchenko and has from the outset been a politicized body.  As a historian, Kasyanov says he has no need for such an institute, and is doubtful as to whether the public need it.  What he is sure of is that at present this Institute, under Viatrovych, is creating problems which will need to be addressed in the future.

“The main ideology behind what they are doing is to foist on society a certain narrative of memory. We are effectively seeing ideological unification, just like in the Soviet Union.”

Any such attempts to impose “a single correct teaching” are doomed, and can only create problems for the country in the future, Kasyanov warns.

Even back under Yushchenko, it was frequently argued that Ukraine had been a victim, an ‘occupied nation’ throughout the Soviet period.  Kasyanov dismisses such statements, saying that Ukrainians were among those instrumental in creating both the Russian and the Soviet empire. Unfortunately, as with criticism of the decommunization bills a year ago, his words are likely to be met with hostility in many quarters and rejected.

The situation certainly is rather different now since Ukraine is effectively at war, and truly is a victim of Russian aggression.  All the more need, however, for unity and for amending legislation which imposes a different, but equally divisive ‘official ideology’.