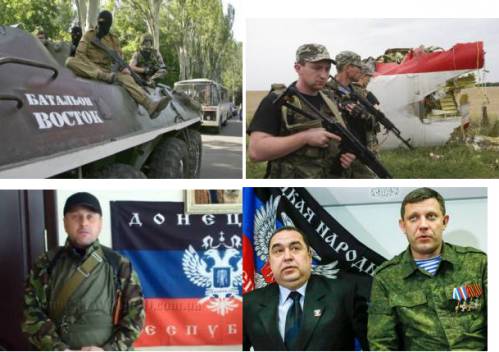 Prominent Ukrainian and foreign journalists have issued a statement demanding that the controversial website Myrotvorets removes personal data about journalists who have received ‘accreditation’ from the so-called ‘Donetsk and Luhansk people’s republics’.  Accreditation in no way suggests support for the militants and many of these journalists have ensured publication of vital information, including about the downing of the Malaysian MH17 airliner.

The Ukrainian website “Миротворець” [Myrotvorets, or Peacemaker] which is closely linked with Anton Gerashchenko, MP and advisor to the Interior Minister Arsen Avakov, has elicited concern on previous occasions.   The site, named in full, the Myrotvorets Centre for Researching Evidence of Crimes against Ukraine’s National Security uses various means, including hacking, to obtain and publish personal data of people whom it considers to be ‘separatists’ or Kremlin agents working against Ukraine’s national security.  The name and address of Oles Buzina, the controversial journalist and writer murdered in April 2015, were posted on their site two days before Buzina was gunned down close to his apartment block.

On May 7, the site published data received from hacking militant databases, with four thousand names and personal details about journalists who had received what the militants in ‘DNR’ and ‘LNR’ call accreditation.   Myrotvorets, again with Gerashchenko’s backing, claim that the journalists were collaborators.

The journalists express deep shock “at the actions of Ukrainian politicians and staff of the website ‘Myrotvorets’ who have made personal data publicly available about all journalists who received accreditation in the self-proclaimed DNR, LNR, calling them people “who collaborate with terrorists”.

By doing this, they have attacked Ukrainian and foreign journalists who risked their lives to objectively cover the events and inform the media in Ukraine and abroad about what was happening in occupied territory.

The authors stress that it was thanks to such journalists that details could be provided about the makeup of the ‘Vostok’ Battalion; about the crimes committed by ‘Motorola’ [Andrei Pavlov] and other militants; about the supplies of Russian arms and much more vital information.  Their information was also critical in ensuring a proper investigation into the downing of MH17 on July 17, 2014, and their material about militant leaders has formed the basis of many investigations and analytical material.

It should be stressed that much of the information reported from Sloviansk, for example, after former Russian military intelligence officer Igor Girkin (Strelkov) and his militants fled in July 2014, is likely to be used in investigating human rights crimes, including extrajudicial executions.

The authors stress that accreditation in no way indicates any collaboration.  “Accreditation is a form of defence and security for journalists”.

They note that just in 2014 almost 80 journalists, both Ukrainian and foreign, were held in militant captivity with many of them being tortured. “Accreditation was the only, albeit minimum, mechanism for protecting journalists from torture or being taken prisoner”.

Since the material, claiming that journalists were ‘working with terrorists’ was posted, they have received calls or emails with threats.  Certain Ukrainian politicians have also issued calls to consider them “enemies of Ukraine” and even block them from working.

The authors point out that such an attitude to journalists is in direct breach of Ukraine’s Constitution and a number of other laws.  It is also “shameful and absolutely unacceptable for a civilized and non-totalitarian country”.

They demand that the site removes the list and that Ukrainian politicians and MPs quit manipulating the information for their own purposes.  They also call on the Ukrainian law enforcement authorities to initiate criminal proceedings over the clear breach of Ukraine’s Personal Data Protection Law and the pressure and threats against journalists.

The list of signatories is formidable and clearly still growing.  As of Wednesday afternoon, it includes leading journalists from Ukrainska Pravda, Hromadske.TV, Radio Svoboda, Kyiv Post, the Institute for Mass Information and others.  The numerous foreign journalists who have signed include Simon Ostrovsky from Vice News, who was himself in militant captivity for a while and Christopher Miller who provided important coverage after the militants fled Sloviansk.

One of the first things the militants did in 2014 when seizing control was to cut off Ukrainian media, replacing it with Russian, and later pro-Russian stations.  Both so-called ‘republics’ block Internet sites providing objective information, and local residents can put themselves in danger by communicating with media outside Donbas.  The pseudo-‘patriots’ from Myrotvorets and among Ukrainian politicians are risking still further strengthening this information blockade.