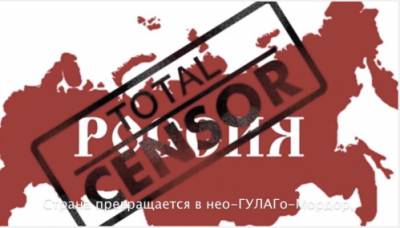 25 years after the collapse of the Soviet Union, Russia looks set to pass a bill which will effectively lower the Iron Curtain again, and enable the authorities to prevent dissidents from leaving the country.  The radical assault on fundamental rights purports to be aimed at countering ‘terrorism’ and ‘extremism’ in Russia’s extremely specific interpretation of these terms.

Veteran human rights defender Lev Ponomaryov has warned that Russians could awake to find themselves in a totally different reality within a week or two if this bill is passed.  That warning was made before the State Duma adopted the bill in its first reading on Friday, May 13 with the only recommended amendment not touching on the implications for freedom of movement, and for the crushing of dissent in general.

As reported, two original bills were put forward by Irina Yarovaya, head of the Duma’s committee on security and Victor Ozerov, who holds the same post in the Council of the Federation, Russia’s upper house of parliament.  Yarovaya is notorious for previous legislative initiatives and this one, Ponomaryov believes, leaves only two options: flight or prison.

Flight may not be an option

The package of bills proposes additional restrictions on Russians travelling abroad.  If the bill is passed, the authorities will be able to prohibit citizens leaving the country merely on the grounds of having received an official warning about the inadmissibility of committing ‘terrorist’ or ‘extremist’ actions, or actions endangering public safety.  No court order, no conviction required for such bans which can be imposed for 5 years.

This is in direct breach of Article 27 of Russia’s Constitution which guarantees the right to freedom of movement, and states that everybody may freely leave the Russian Federation.

The warnings can be issued by the prosecutor or by the FSB [security service].  According to an order from 2010, they are applied in situations where there is information that the person’s actions “create conditions for the committing of a crime”, but there are no grounds for bringing charges against them.  In Russian-occupied Crimea this has resulted, for example, in warnings:

-        To the Avdet newspaper for using words like ‘occupation’ and ‘annexation’;

-        To members of the Crimean Tatar Mejlis (representative assembly) on the eve of the anniversary of the 1944 Deportation;

-        To Risa Shevkiev, member of the Mejlis, for flying the Ukrainian flag over the Mejlis building in April 24;

-        To Crimean Tatar and other Ukrainian activists in Crimea on the eve of Ukraine’s Independence Day.

President Vladimir Putin’s ‘Human Rights Council’ has added its voice to the protest expressed by all human rights groups.  It states that it is entirely unfathomable how banning people’s movement could increase national security.

The Council, Sova Centre and individual human rights activists have scrutinized the bills and repeatedly warned of their likely abuse.

The problem is that vast scope for abuse has always been built into Russia’s ‘anti-extremism’ legislation and it is increasingly used to crush dissent, including in Russian-occupied Crimea.   Since 2011 the number of people sentenced under so-called ‘extremism’ articles has tripled.

On May 12, for example, Crimean Tatar leader Ilmi Umerov was detained and formally charged under ‘extremism’ legislation.  He is accused of having made ‘public calls aimed at violating Russia’s territorial integrity, otherwise known as having expressed the hope that Crimea would be returned to Ukraine.  This alleged ‘extremism’ carries a sentence of up to 5 years.  The same charges have resulted in prison sentences for Russian nationals Rafis Kashapov and Andrei Bubeyev.  In both cases, the men were charged over material posted or re-posted on social networks with criticism of Russia’s annexation of Crimea.

Ponomaryov suggests that the bills could be passed in full as early as May 18.  They will certainly be signed by Putin and introduce even more draconian punishment for what is protected in any democratic country and by Russia’s forgotten Constitution as the right to express dissent and criticism of the government.

That right is effectively negated.  The bills were initially tabled the day after Putin announced the creation of a ’National Guard’ under his command, which would have the right to shoot without warning if delay “could create a direct threat to the life and health of a member of the public or National Guard soldier or could cause other grave consequences”.  Both moves send a chilling message to Russians – and to Crimeans under Russian occupation.

The bills also propose to reduce the age from which one can face criminal liability under the above-mentioned articles, “failure to inform of a crime” and others, to 14 years.  The scope for terrorizing a teenager into providing a denunciation would be enormous.

Other changes include equating the mass media and Internet, and criminalizing something called “facilitating or drawing somebody into extremist activities” (becoming Article 282.4).  This could mean whatever the FSB or Kremlin want it to mean.  One need only glance at Russia’s huge ‘List of Extremists and Terrorists’ to understand how many are on it for expressing views that in Soviet times could get you a labour camp sentence for ‘anti-Soviet agitation and propaganda’.  This new law drags Russia still further back to the USSR.