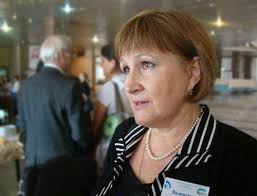 We, representatives of Russian and international civil society organisations, are deeply outraged by a new and alarming development in the campaign of pressure against Russian civil society: a potential opening of the first criminal case in the framework of the law on “NGOs as foreign agents.”

As we have learned, our colleague Valentina Cherevatenko received summons to present herself on May 6 and then on May 10 at the 7th Investigation Department (located in Rostov-on-Don) of the Main Investigation Department of the Russian Investigative Committee as part of pre-investigation checks into alleged "malevolent evasion of duties imposed by the law on non-profit organizations performing the functions of a foreign agent." Cherevatenko learned during the questioning that the check had been initiated into alleged violations of the said law by two non-profit organizations, the Women of the Don Union and the Women of the Don Foundation for Civil Society Development, where Cherevatenko serves as the Chair of the Coordination Council and the Chair of the Board, respectively. Both organizations have been included in the “foreign agents” register (the Union on June 5, 2014, and the Foundation on October 27, 2015). Eventually, on February 29, 2016, the Russian Ministry of Justice officially deleted the Women of the Don Union from the register on the grounds that "it had stopped performing the functions of a foreign agent." Refusing to accept the "foreign agent" label, both NGOs challenged their listing in the register and related fines in civil and administrative proceedings. With their appeal pending, both groups nevertheless complied with all obligations imposed by the "foreign agents” law, such as filing the required reports and audited statements with the Ministry of Justice and informing the public of the fact that they were listed as "foreign agents"; they also paid all administrative fines imposed by courts.

The Russian Criminal Code provides for criminal liability punishable by up to two years of prison for non-compliance with the "foreign agents" law in article 330.1 added in 2012 as part of a package of amendments pursuant to the enactment of the "foreign agents” law; the only legal ground provided for bringing charges under this article is "malevolent evasion of the duty to file the documents required for inclusion in the register of non-profit organizations performing the functions of a foreign agent."

International bodies have severely criticized this Criminal Code article, as well as the entire "foreign agents” law. In particular, according to the opinion of the Venice Commission of the Council of Europe on Russia’s "foreign agents" law, compliance with international standards implies that "[s]evere criminal sanctions should only be applied in case of serious wrongdoing and should always be proportional to this wrongdoing." In his official opinion, the Council of Europe Commissioner for Human Rights described the introduction of criminal sanctions as a severe penalty which can hardly be qualified as “’necessary in a democratic society’ while remaining proportionate to the offence committed."

In its official comment dated June 29, 2012, No. 2-VS-3395/12, the Russian Supreme Court stated that the article in question of the Criminal Code failed to comply with the principle of legal certainty, as it did not contain the element of "socially dangerous consequences as a feature distinguishing a criminal act from an administrative offense"; the Court also noted that "malevolent" is an evaluative term, and its lack of legal definition "may cause problems for those responsible for enforcing the law in terms of objective assessment of the act in question and its degree of public danger. " Apparently, these comments were ignored when the law was enacted.

Moreover, the Constitutional Court of Russia stated in its ruling on April 8, 2014, No. 10-P, that "based on the presumption of legality and good faith of non-profit organizations, this obligation should be subject to a notification procedure – based on an NGO’s self-assessment of its own intentions – prior to the start of political activity." Thus, following a self-assessment of their work based on the definition provided in the Federal Law on Non-profit Organizations, the Women of the Don Union and the Women of the Don Foundation concluded that neither organization was engaging in political activity; therefore, according to the Constitutional Court’s position, they did not have the obligation to file an application for being included in the register.

The above legal opinions clearly indicate that the provision introducing criminal liability for "malevolent evasion of duties imposed by the law on non-profit organizations performing the functions of a foreign agent" fails to meet the principles of legal certainty and proportionality and therefore cannot be applied and must be abolished.

The work performed by the Women of the Don Union and Women of the Don Foundation teams and Valentina Cherevatenko’s personal contribution have received well-deserved recognition in and outside Russia. Their contribution to peacekeeping and humanitarian relief during conflicts in the south of Russia has been unprecedented and unique. Launched in the mid-nineties, the permanent conference "Women for a Life without Wars and Violence" offers a unique example of collaboration bringing together civil society activists from all conflict zones in the post-Soviet space. The initiative includes longstanding efforts to maintain dialogue between people in the Chechen Republic and other Russian regions; setting up a network of trauma specialists; design and delivery of a training course for volunteer assistants to psychologists; organizing mobile teams to offer psychosocial assistance to residents of Beslan after the hostage crisis and to people in the flooded Krymsk; helping families at risk and in crisis, victims of violence, and more.

We are convinced that the Russian Investigative Committee’s actions in regard of Valentina Cherevatenko constitute an unfounded and disproportionate interference in the operation of civil society organizations and violate Russia’s international human rights obligations. Moreover, these actions can establish a dangerous new precedent for criminalization of peaceful and legitimate human rights activity, thus violating the foundations of a democratic society and the rule of law.

We strongly believe that by prosecuting Valentina Cherevatenko, the Russian authorities have effectively brought charges against the entire Russian civil society. This case makes it even more obvious that the "foreign agents” law is unlawful, repressive and needs to be abolished.

We express our support to and solidarity with Valentina Cherevatenko and her colleagues and call on other Russian citizens and foreign colleagues to join us.

We urge the Russian authorities to stop their pressure campaign against Valentina Cherevatenko and the NGOs she leads – the Women of the Don Union and Foundation – and provide a favorable environment for the work of human rights defenders and civil society activists in the south of Russia and in the entire country, including by bringing the legislation on non-profit organizations in full compliance with international standards.

We urge intergovernmental organizations to give special attention to this alarming precedent and use all means available to them to influence the Russian authorities and help put an end to the repressive enforcement of the "foreign agents" law and have this law abolished.

4.        Yuri Dzhibladze, president of the Center for the Development of Democracy and Human Rights (Russia)

10.     Sergei Krivenko, member of the Presidential Council on Development of Civil Society and Human Rights (Russia)

11.     Valery Borshyov, member of the Moscow Helsinki Group, co-chair of the Association of Independent Monitors (Russia)

28.     Elena Nemirovskaya, head of the School of Civic Education (Russia)

30.     Alexander Fedorov, director of the Center of Coordination and Information of the Lipetsk Socio-Ecological Union (Russia)

32.     Alexey Zimenko, general director of the Center for the Protection of Wild Nature (Russia)

33.     Lidiya Grafova, chair of the executive committee of the Forum of Migrants’ Organisations (Russia)

34.     Igor Shkradyuk, Center for the Protection of Wild Nature (Russia)

39.     Veronika Katkova, chair of the Orlov regional branch of the Movement for the Protection of the Electoral Rights “Golos” (Russia)

52.     Dmitrii Rybakov, Association of the Greens of Karelia (Russia)

54.     Yevgeniy Zhovtis, Chairman of the Kazakhstan International Bureau for Human Rights and Rule of Law (Kazakhstan)

56.     Zalikha Tagirova, member of the Council of the Human Rights Center (Azerbaijan)

57.     Oleksandra Matviychuk, chair of the Board of the Center for Civic Liberties (Ukraine)

63.     Krasimir Kanev, chair of the Board of Bulgarian Helsinki Committee (Bulgaria)

65.     Dilrabo Samadova, chair of the Office of Civil Freedoms (Tajikistan)

66.     Avetik Ishkhanyan, chair of the Helsinki Committee of Armenia (Armenia)

74.     Elena Tonkacheva, chair of the Board of the Center of Legal Transformation (Belarus)

79.     Danuta Przywara, chair of the Board of Helsinki Foundation for Human Rights (Poland)

80.     Vadim Pivovarov, executive Director of the Ukrainian Association of Monitors for Observation of Human Rights in the Law Enforcement Performance (Ukraine)

84.     Ilya Trombitskiy, executive director of the International Association of the Defenders of River Eco-TIRAS (Moldova)

91.     Tetiana Pechonchyk, Chairperson of the Board of the Center of Information for Human Rights (Ukraine)

99.     Maxim Butkevich, coordinator of “Without Borders Project” of the NGO “Center of Social Action” (Ukraine)

100. Irena Fedorovich, coordinator of “Without Borders Project” of the NGO “Center of Social Action” (Ukraine)

101. Elena Semyonova, chair of “For Protection of People’s Housing” (Kazakhstan)

105. Mikael Danielyan, chair of the Helsinki Association of Armenia (Armenia)

108. Haykuhi Harutyunyan, President of “Protection of Rights without Borders” (Armenia)

122. Yusup Kamalov, chair of the Union for Protection of Aral and Amu Darya, Nukus, Karakalpakstan (Uzbekistan)