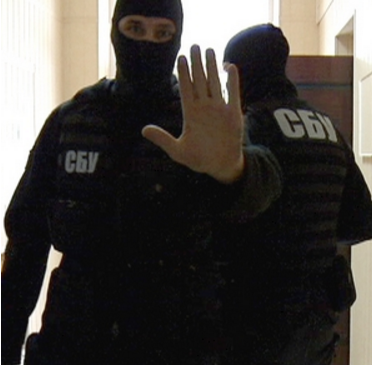 The news that UN anti-torture monitors had been forced to suspend a visit to Ukraine due to obstruction from Ukraine’s SBU [Security Service] has elicited outrage and consternation. The feeble excuses issued only compound the suspicion that the SBU has something to conceal.

As reported, the UN Subcommittee on Prevention of Torture (SPT) announced on May 25 that it had suspended its visit after the SBU denied its delegation access to places in several parts of the country where it suspected that the SBU was illegally depriving people of their liberty.

Such denial of access is in total breach of Ukraine’s obligations under the Optional Protocol to the Convention against Torture [OPCAT].  SPT points out that it is only the second time that they have been forced to suspend a mission, and hopes “that the Government of Ukraine will enter into a constructive dialogue with us to enable the SPT to resume its visit in the near future”.

The first reactions from the SBU and Justice Ministry have been anything but constructive, instead rather compounding the mortifying blow to Ukraine’s reputation.

Natalya Sevostyanova, First Deputy Justice Minister told journalists on Thursday that the SBU had not allowed the SPT delegation into a SIZO [pre-trial detention unit] since there was a Russian among them.

According to the SPT announcement, which names the members of the delegation, there was no Russian among them.  Even had there been, this would not have justified the SBU’s behaviour and it is regrettable that the Justice Ministry should have acted as though it would.

Later in the day, Vasyl Hrytsak, Head of the SBU made matters even worse. He claimed that “the SBU justifiably denied UN observers access to premises of district SBU units in the ATO zone [the zone of military conflict in Donbas] since nobody is detained or imprisoned there”.

As excuses go for not allowing in monitors with a mandate to check that torture is not being applied and allowed to make spot checks without warning, Hrytsak’s could not have been more inept.  If nobody was detained there, what was the problem with opening the doors?  It is for the members of the mission to decide what they should visit.

Hrytsak also claimed that he had personally signed the documents “allowing foreign observers to visit SIZO where people are held in custody”.

Ukraine’s Government allowed SPT monitors to visit SIZO by ratifying OPCAT.  No permission was needed from Hrytsak.  On top of that, Ukraine’s Law on Pre-trial detention names the places where people are remanded in custody.  Not one is under the jurisdiction of the SBU.

Human rights activists have called the suspension of the SPT delegation an unprecedented disgrace.  Oleksandr Pavlichenko, Head of the Board of the Ukrainian Helsinki Human Rights Union [UHHRU] believes it to be a demonstration that Ukraine is not meeting its international obligations and a signal that it could fail to comply with others.

Pavlichenko also commented on the reasons provided by Hrytsak.  The SBU does not have any right to its own ‘SIZO’, he stressed.  Human rights groups have information that the SBU are in fact holding people in special premises, whether offices, cells or basements. This is in breach of the law.

The damage to Ukraine’s reputation through this scandalous denial of access is twofold.  The suspicion clearly arises that the SBU has a lot to hide.

In its 13th report in March 2016, the Office of the United Nations High Commissioner for Human Rights (OHCHR) expressed strong concern about allegations that the SBU were holding people in “unofficial places of detention”.

The report suggests that “as of February 2016, 20 to 30 people were detained illegally and incommunicado at the Kharkiv regional SBU building”.  The vast majority, they believe, were not arrested in accordance with legal procedures, and have not been formally charged.

The report states that these people are believed to be held in such informal detention units which exist in Kharkiv, Kramatorsk, Mariupol and Zaporizhya until they become part of exchanges of prisoners.

It has in fact long been suspected that the SBU do sometimes hold people purely for exchange purposes since the Kremlin-backed militants will not otherwise release Ukrainian soldiers and civilians.

The statement just issued by UHHRU, the Kharkiv Human Rights Group and the Coalition ‘Justice For Peace in Donbas’ mentions that KHPG and the UHHRU advice centres have received a number of reports of unwarranted detentions with the people then passed to the Donetsk or Luhansk oblasts in order to be exchanged for Ukrainian soldiers, volunteers, or others held prisoner by the militants.  In their last annual report, they noted that the process for releasing or exchanging people held prisoner is not transparent and entirely monopolized by the SBU who cite the need for secrecy.  It is not clear who makes decisions, but it is known that the SBU has effectively created a kind of ‘pool for exchanges’.  People are accused of ‘separatism’ under Article 110 of the Criminal Code or of some other crime.  They then give written consent to be part of an exchange, and have the ‘criminal case’ terminated, but remain in custody till an exchange takes place.  They point out that though the practice is undoubtedly outside the law, Ukraine has been forced to use such measures to get hostages and POW released.

While people detained in this way are normally too frightened after they return home, to government-controlled areas, to speak of any violence or ill-treatment they may have suffered, information does seep through to rights organizations, including international bodies.  It was almost certainly these that prompted the mission.

The OHCHR noted in its last report that it had also documented cases where the SBU were alleged to have detained and tortured the female relatives of men suspected of membership or affiliation with the armed groups.  It expressed concern that the authorities were unwilling to investigate such allegations, pointing out that in the vast majority of such cases, the police and prosecutors had terminated investigations, claiming lack of evidence.

The allegations are serious and the SBU has now only compounded concern that they are warranted.