Another Ukrainian charged with ‘terrorism’ in Russian-occupied Crimea 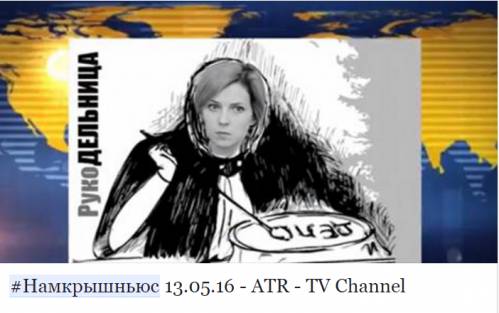 Another ’terrorism’ trial is about to begin of a Ukrainian arrested in occupied Crimea and held in custody for over a year.  Maxim Filatov, who may be as young as 21, is alleged to be a fighter from the Azov Battalion. though this appears as questionable as everything else about the case. Although the man arrested on May 1, 2015 was not named, on both occasions the person is alleged to be a fighter from the Azov Battalion, and to have been involved in the same two alleged offences.  In 2015, a suspiciously broad range of crimes was mentioned, but this was possibly part of general hype in Russia and occupied Crimea in which the Azov Battalion and the ultra-nationalist Right Sector are cast in chief villain roles.

The official website states that Natalya Poklonskaya, installed as prosecutor after Russia annexed Crimea, has confirmed the indictment against Maxim Filatov.  He is charged with an attempted act of terrorism (article 30 § 1, Article 205); unlawfully preparing an explosive device (Article 223 § 1); unlawful possession and transportation of an explosive device (Article 222 § 1) and damaging property with significant losses, via arson (Article 167 § 2).

The report goes on to say that “according to the investigators, Filatov set fire to the Chukurcha Mosque in Simferopol in April 2014 with the aim of destabilizing inter-ethnic relations”.  He is also charged with an attempted terrorist attack, during a home-made explosive device outside the prosecutor’s office.  There is a mistake in the report, but earlier reports all referred to an alleged incident in August 2014.  A bomb was then supposed to have been found in a bag.  This was allegedly one of two such incidents, the other being in November.

With respect to Filatov’s supposed arson attack, there have been a number of acts of arson against Crimean mosques since Russia’s annexation.  Many of them after Filatov was arrested.

Back in May 2015, when Poklonskaya first announced that such an arrest had been made, the Azov command stated that no member of the battalion had been arrested.  At that time, there appeared to be efforts underway to accuse the man of anti-Semitic vandalism on a synagogue within 24 hours of Russia’s seizure of control.   Poklonskaya’s allegations back in June 2015 were viewed with scepticism by Vyacheslav Likhachev, researcher and long-time monitor of xenophobia and anti-Semitism.  He noted  that the man would seem to have first desecrated the synagogue, set fire to the mosque and attempted a terrorist attack before, at the earliest in August last year, joining up with Azov and fighting.  This in order to then arrive back in the Spring of 2015 and await arrest.  Poklonskaya did throw around vague claims in May – June 2015 that Azov was planning ‘provocation’ for the May holidays.  Nothing came of that, nor of the anti-Semitic graffiti charges.

Sadly, this is highly unlikely to have been due to lack of ‘confessions’.  Poklonskaya claimed in June last year that the detained man, who was then thought to be only 20, had ‘confessed’ to everything and was facing a life sentence.

It is unclear whether Filatov has a lawyer of his own choosing, or whether, as in many such cases, the investigators provide their own ‘lawyers’, used to sign documents and encourage the person imprisoned to ‘confess’.

The trial is to be held at the North Caucasus Military Court in Rostov, though no date has yet been given.