Kyiv court quashes famous accordionist’s rigged sentence yet refuses to release himSexual charges against renowned accordion-player slammed as fabricatedFamous accordion-player sentenced to 13 yearsFamous accordion-player Ihor Zavadsky still in SIZOFamous accordion-player remanded for another monthIhor Zavadsky remains in custody despite health concerns and doubts about the caseSelective criminal investigation initiated over “Lukyanivka. Prison No. 1 programmeDetention Unit film and its possible ramificationsShocking statistics in Ukrainian penal institutionsDeath of Dnipropetrovsk remand prisoner to be reinvestigatedUkrainian musician finally freed after 4 years imprisonment on rigged chargesOn attempts to destroy accordionist Igor Zavadsky, or four years in prison on false chargesOne of the people in the journalist programme “Lukyanivka. Prison No. 1 beaten up
• Topics / The right to liberty and security
• Topics / The right to a fair trial

Ihor Zavadsky as a mirror of the Ukrainian justice system 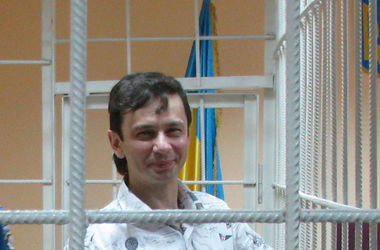 It will be 4 years, 2 months and 21 days on Monday, June 13 since Ihor Zavadsky, a wonderful musician, virtuoso accordionist and honoured artist of Ukraine was imprisoned on charges of corrupting minors. On June 10, 2014 the Podilsky District Court sentenced him to 13 years’ imprisonment.

Since Anna Lytvyn, a lawyer working for the Kharkiv Human Rights Group is taking part in the trial, I can say with full certainty that the criminal proceedings are total fabricated.  There were no elements, nor even the actual fact, of a crime.

Zavadsky was arrested on March 23, 2012 on the basis of a reported crime, with the signature on this document later proving to have been faked. On that same day, police officers robbed his flat during the search and he was himself brutally tortured in the Shevchenkivsk District Police Station to get him to confess, though he did not do so. The torture has resulted in gradual loss of sight.  His unlawful detention and the use of torture were cited in an application to the European Court of Human Rights. The secret video surveillance in Zavadsky’s flat was carried out without a warranted from the court of appeal or without being agreed with the prosecutor’s office, this in itself being a crime. The result was a supposedly operational video shown in violation of the law to the entire country, solely in order to blacken the musician’s name.  It was not even included in the criminal file due to the lack of any chance of using it as evidence.  After all the person on the video is not Zavadsky. There is a naked man who is much more thickset than Zavadsky and with an absolutely straight spine whereas Igor ‘s shoulder blade protrudes prominently. As evidence another video is used, absolutely black, without any sound and on which absolutely nothing is visible. The investigators and first instance court refused to have an expert assessment carried out of this video as well.  The forensic medical examination showed that Zavadsky had not committed the crime which he was accused of and the investigators unlawfully ordered a repeat assessment which was carried out with significant infringements of the law and which gave the results needed by the investigators and used illegally for the verdict. The court did not look into the admissibility of the evidence at all, yet even when it acknowledged that the evidence had been obtained unlawfully, it still used it in the sentence as though acceptable. There were also other shocking infringements of criminal procedure legislation – unlawful change of jurisdiction without the consent of the prosecutor’s office, the use of police officers as witnesses, and many others.

Not one of the so-called victims appointed by the police as victims had at any time in their acquaintance with Ihor Zavadsky said anything to their elders about any strange behaviour. There is evidence in the case file that the alleged victims had been taken to the Shevchenkivsk District Police Station without their parents being notified and without their consent.  Those “victims” who were in Kyiv experienced much greater pressure from the police. The mechanism for putting pressure on the children and their parents involved threats of divulging shocking information thought up by individual police officers and prosecution against the parents. The decision to not bring criminal charges against parents was issued after the case had been sent to the court.  There was use of both carrot and stick with children being promised a laptop. Nonetheless, two children categorically refused to testify against Zavadsky. Another person after being interrogated on the day of his arrest did not take any part later in the investigative activities or in the court hearings, and the testimony of the other three alleged victims, firstly, contradicted each other, and secondly, described the ‘crime’ in court quite differently. Their testimony can in no way be considered proof of guilty. As a result, the conclusions of the court seriously contradicted the criminal file material.

From the audio material of the first instance trial all testimony suggesting Zavadsky’s innocence mysteriously disappeared. 266 comments were lodged pointing to the minutes of the court hearing not corresponding to the recording, and the same judge Vasyl Borody who passed sentence allowed 232 of them, with this indirectly confirming that the case had been falsified. One could describe many such falsifications.

The Zavadsky case is reminiscent of the political trials against human rights activists in the 1960s-1980s.  The same total disregard for facts and the law, the same falsification. Moreover, they fabricated the same crimes of a sexual nature against dissidents. This case is therefore a litmus test for Ukrainian justice, whether it was remained totally Soviet or whether it has changed and is able to become just.

The Court of Appeal began its consideration on August 19, 2015 and issued a decision only on April 20, 2016. I had hoped that in the worst case, the court would revoke the verdict due to the flagrant procedural infringements and send the case for a new investigation, and Zavadsky would be released from custody, while in the best scenario the prosecutor’s office would stop supporting the prosecution due to its lack of substance. Alas the prosecutor’s office, wishing to remove the flaws in the first instance court trial, while retaining the verdict, applied for a partial court investigation. Nothing came of this: most of the witnesses summoned to the court did not even collect the summonses repeatedly sent by post.  As a result, the court of appeal revoked the verdict yet left Zavadsky in custody, refusing to release him under the guarantee of Ukrainian national artist Raisa Nedaskovska, MP Mykola Knyazhytsky and myself.

On June 13 a new examination of the case is beginning in the Podolsky District Court.  The question will be decided that day about the restraint measure – whether Zavadsky will be held further in custody in SIZO [remand prison] or whether he will be released with the same guarantors. On May 30, Prosecutor General Yury Lutsenko said that he couldn’t imagine how Zavadsky is still in SIZO on such a case. His further detention would mean an even greater violation of Article 5 of the European Convention on Human Rights.

We must hope that the prosecutors supporting the prosecution will take heed of the opinion expressed by the Prosecutor General and that Zavadsky will tomorrow finally be released.

It is generally difficult to understand how the indictment could be supported. The case has totally collapsed.  It does not seem possible to carry out a court investigation with the situation over four years having changed significantly. Those who falsified the case are no longer working there, and the main falsifier, investigator Morozov received Russian citizenship.  The prosecutor has been caught red-handed taking a bribe.  The witnesses and victims have grown up and moved away and it is unlikely that they will appear at the Podolsky Court if the court of appeal did not find them.

I am absolutely convinced that if the Podolsky Court convicts Zavadsky, and this is confirmed in later stages, that in the future this will still be overturned since the European Court of Human Rights will find violation of the right to a fair trial because of the falsified proof of guilt, with this being yet another slap in the face for the Ukrainian justice system. Would it not be better to put an end to this case which is a disgrace to the country?