Ukraine’s MPs block last chance of justice for tortured Ukrainian prisonersJudicial Review demanded for Life Prisoners Tortured into ‘Confessing’ to AnythingTortured & Almost Certainly Innocent Ukrainian Life Prisoner Dies Without JusticeDeath of Ukraine’s most famous torture victim to be reinvestigatedWhy do Ukrainian MPs want to prove that Ukraine is just like Russia?Supreme Court Candidate Exposed for Sentencing Innocent Man to Life ImprisonmentZelensky fails crucial test for restoring justice in Ukraine Posthumous justice for Ukraine’s most famous victim of police tortureJudicial reform dilemma for Zelensky“Exceptional lawlessness requires extraordinary methods”. Ukraine’s leaders urged to free Volodymyr PanasenkoLife sentence for a crime somebody else admitted toLife prisoners freed in court in important first for UkraineUkraine found in violation of the prohibition of torture over treatment of life prisoners10 Ukrainians imprisoned for murders committed by serial killerWhy are Ukrainian legislators willing to see innocent men serve life sentences?In Ukraine a life sentence is for life even when you’re innocentLutsenko is helping block justice for innocent life prisonersUkraine ordered to pay massive damages over police killing and cover up25% of the new Supreme Court judges received negative assessmentsDefender of dictatorship laws set for judge post in Ukraine’s Supreme Court ‘reform’
• Topics / Against torture and ill-treatment
• Topics / The right to a fair trial

Forced to hunger strike in search of justice for their sons 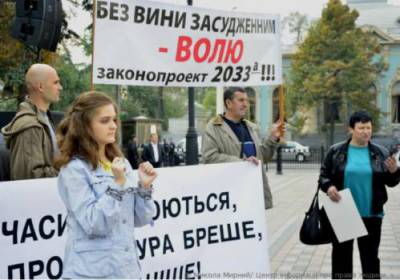 Oleksandr Rafalsky has spent 15 years in Ukrainian prisons and faces dying there unless Ukraine finally acknowledges that a grave miscarriage of justice has been committed. In desperation, his mother Tamara Rafalska, together with the relatives of other life prisoners, are planning a hunger strike vigil outside parliament.  They are asking only that MPs finally consider draft bill №2033а which would give Rafalsky and other life prisoners whose sentences were based on testimony extracted through torture or similar the chance of judicial review.  Reluctance to pass the bill may well be due to pressure from the Prosecutor General’s Office which knows that acknowledgement of miscarriages of justice must inevitably raise questions about the liability of prosecutors and investigators who falsified material or used illegal methods to obtain ’confessions’. 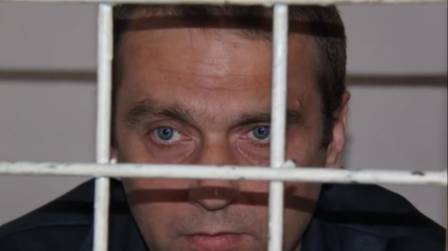 Oleksandr Rafalsky was convicted of killing 4 people although there was no motive and no evidence.  He himself never signed any confessions and has repeatedly and consistently described the torture methods used to extract such confessions.  His life conviction was based solely on the evidence of three men who almost certainly received the same treatment as him.

Rafalsky’s case is widely known among international bodies monitoring the likely use of torture, as well as by rights NGOs.

While it must be for the court to weigh up all the evidence, the fact that there is plenty to back his allegations of torture and none to corroborate the prosecution’s case against him makes judicial review imperative, and long-overdue.

The prosecution claimed to have established the identity of the four people.  They asserted that the four men accused had dismembered them in the construction site where the shopping centre was to be built.  There were no traces at all to back this, however other problems with the story were even greater.  The people they named did not correspond to the gruesome find.  For example, two of the women allegedly murdered had had their appendix out, however none of the bodies did.  The forensic scientists had said that one of the victims was a young boy, however the prosecution identified him as a 38-year-old man.  There are witnesses who have confirmed seeing one of the victims two years after her alleged murder.

The prosecutors stuck to their version, with rights activists who have followed the case suspecting that the aim was to put Rafalsky away for life.  After his arrest, his mother came under serious pressure to sell the location, with the argument presented being that nobody would want it because of the murders whose link with the place had never been proven.

Rafalsky’s own account of the torture methods applied is harrowing to listen to.  He was beaten, had electric shocks applied, was shot off with blank bullets and forced to did his own grave in mock executions.

Two of the four men have died in captivity, one under suspicious circumstances.  The prosecutors who took part in their case were all promoted.

The grounds for grave concern over this case and the need for a review are self-evident.