Drop unfounded charges against Russian rights activist Valentina CherevatenkoIzium Mass Graves: Tortured victims with bound hands and entire families killed by the Russian invaders Mass burial site at Izium, imprisoned teenagers and other Russian war crimes in Kharkiv oblast Abductions and feared mass grave of Russian invaders" victims in liberated Vysokopillia (Kherson oblast) Vovchansk Engineering Works: Dungeons on the Chechen ModelFirst tortured victims exhumed after Ukraine drives Russian invaders out of Kharkiv oblast village Fascism is here in Russia. Anti-war activities in Russia, 15-22 August‘They shot at our feet, near us, and one guy was wounded with an electric shocker...’ Those who unleashed this war will not go to Heaven. Anti-War activities In Russia, 7-14 August 2022‘In a panic, people abandoned their bed-ridden relatives.’ А resident of Mariupol story about how people were coerced to leave for RussiaRussia sends forcibly mobilized Ukrainians from occupied Donbas to die as ‘live bait’ at the frontlineUkrainian volunteer asphyxiated, beaten and half-starved in Russian ‘filtration’ concentration campPregnant Ukrainian medic held in Russian captivity for four months “He lay on the sidewalk, naming towns and cities in Ukraine”. A digest of anti-war activities in Russia, 23-29 JulyRussian horrific castration of Ukrainian POW was about terror and preventing own soldiers from surrendering ‘I don’t want to see them in the dock. I want to see them dead,’ a man from the Mariupol Drama Theatre says2,500 kms on Foot to Protest against the War. Anti-war Activities in Russia, 17-26 July 2022“Let’s Fight the Propaganda Together” Anti-war Activities in Russia, 9-16 July 2022Russia is waging a bloody war against Ukrainian children“I Gave the Dogs Vodka to Keep Their Hearts Going” (Mariupol Resident)
• Topics / News from the CIS countries 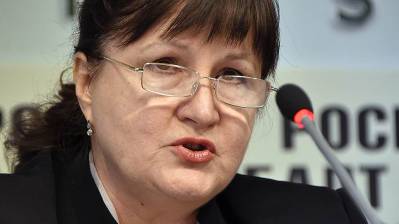 If convicted of ‘maliciously evading’ compliance with the demands of Russia’s law on ‘foreign agents’, human rights activist Valentina Cherevatenko could face up to 2 years’ imprisonment.   Her organization’s problems began after initiating a project aimed at monitoring implementation of the Minsk Agreement on the war in Donbas.

The law obliging non-commercial organizations receiving grants from abroad and engaging in what the law very broadly defines as ‘political activities’ to register as ‘foreign agents’ was adopted in 2012.  This Soviet-smelling attempt to brand NGOs was boycotted by a lot of civic organizations, so in June 2014 President Vladimir Putin signed into force a law which allows the Justice Ministry to forcibly include organizations on the register.   The Women of the Don Union was the first NGO to be forcibly included on the register back in June 2014.

Vedomosti reports that the document initiating criminal charges under Article 330.1 of the Criminal Code states that the Women of the Don Union was forcibly included on the register of so-called ‘foreign agents’ in June 2014.  However, Cherevatenko impelled by “a criminal intention” to avoid obeying the law had, back in 2013, registered another civic body called the Women of the Don Foundation.  The latter is alleged to have carried out ‘political activities’ in 2014-2015.  Such activity consisted of holding educational seminars and developing the potential of civic activists.  The Foundation had received around 3 million roubles from the German Heinrich Böll Foundation.  It was only included on the register of ‘foreign agents’ in October 2015.

The document claims that although Cherebatenko knew that the Women of the Don Foundation was acting as a ‘foreign agent’, she had “deliberately” not registered the NGO as such.

Cherevatenko told Vedomosti that the political persecution had intensified after they launched a project entitled “Civic Minsk” on public monitoring of implementation of the Minsk Accords.  She stresses that they have not had any foreign money for a long time, and the Women of the Don Union was taken of the list.  They refused, however, to remove the Women of the Don Foundation.

Igor Kalyapin, head of the Committee Against Torture, notes that they also created a second NGO.  It did not receive any foreign money, yet was still labelled a ‘foreign agent’.  Kalyapin believes this indicates that the main criterion for the Russian authorities is who heads the organization, whether or not it falls under the legislation.  “So all leaders of NGOs included in the register should be worried about criminal prosecution”

It is typical that this first criminal prosecution should be initiated against a Rostov on the Don organization monitoring implementation (or its lack) of the Minsk Accords on the military conflict in Donbas.  Over the last two and a half years, a number of Russian nationals have ended up prosecuted, some imprisoned, over criticism of Russia’s invasion of Crimea and military aggression in eastern Ukraine.  These include Rafis Kashapov; Andrei Bubeyev;  poet Alexander Byvshev; Yekaterina Vologzheninova,  and others.

Article 330.1 allowing for 2-year sentences for non-compliance was introduced in 2012, together with other amendments. The only grounds for such prosecution were “malicious evasion of the duty to file the documents required for inclusion in the register of non-profit organizations carrying out the functions of a foreign agent."

The article, as well as the entire law, has been heavily criticized. The Council of Europe’s Venice Commission pointed out that criminal sanctions should only be applied where there has been serious wrongdoing, and the CE Human Rights Commissioner said that this could hardly be a sanction needed in a democratic country.

It is not just the Council of Europe that Russia’s legislators chose to ignore.  Russia’s own Supreme Court issued a comment on June 29, 2012 (No. 2-VS-3395/12) in which it found that the article did not comply with the principle of legal certainty, as it did not contain the element of "socially dangerous consequences as a feature distinguishing a criminal act from an administrative offence".  The term ‘malicious’ was also an evaluative term.

The Women of the Don Union and Women of the Don Foundation are highly respected organizations who have played a major role in providing peacekeeping and humanitarian relief during conflict in the south of Russia.

As well as this repressive new norm of the Criminal Code, Russian legislators have recently passed amendments which make it much easier to band any NGO a ‘foreign agent’.  For the present these endanger civil society in Russian-occupied Crimea, as well as Russia.

The law passed on May 20 and signed by Putin into force on June 2 introduces a dangerously broad definition of ‘political activity.’ Only corrupt public officials will be celebrating since the new definition makes it much harder to criticize them.

Those who can now face punitive measures as so-called ‘foreign agents’ could include any Crimean pensioners who decided to ban together after Russian Prime Minister Dmitry Medvedev told them on May 23 that there’s no money for the promised indexation of their pensions, but “to hang on in there”.  Or any support group for Crimean political prisoners if the occupation authorities decides to prove (or say that it has proved) that the organization is receiving financial assistance from mainland Ukraine or from abroad.

You can now be labelled a political organization for issuing a public appeal or organizing public discussion aimed at persuading the authorities to pass, change or revoke laws, etc.  Or if they assess decisions taken by the authorities or its policy.  You’re dead political as well if you carry out surveys of public opinion, or if you try to observe elections.

Any group of citizens who join forces to protest against a supermarket being built on their children’s playground or over a new tax or higher prices becomes ‘political’.

The broader definition and this new prosecution suggest that the Kremlin is anticipating protests, including over economic hardship, and is reacting in typically repressive style.