FSB descends on Ekho Moskvy over article on Chechnya 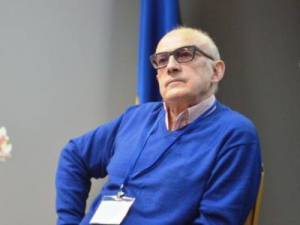 Russia’s FSB have carried out a search at the offices of the independent radio station Ekho Moskvy and removed electronic correspondence between the station and political analyst Andrei Piontkovsky.  A number of members of staff have also been summoned for interrogation, presumably regarding the article “The Bomb waiting to explode” over which Piontkovsky is facing ‘extremism’ charges.  Piontkovsky left Russia shortly after the criminal investigation was launched.  The charges are under “public calls to actions aimed at encroaching upon Russia’s territorial integrity” and “incitement to enmity”.  Although those convicted under these articles of the Criminal Code have in same cases, like that of Rafis Kashapov or Vadim Tyumentsev, only criticized Russia’s annexation of Crimea and aggression in Ukraine, acquittals in such  trials are unheard of, and Piontkovsky had real grounds for concern.

The Chief Editor Alexei Venedictov faces questioning over both Piontkovsky and opposition leader Alexei Navalny’s blogs on the site.

Interpreter notes that it was Irina Yarovaya, chair of the State Duma committee on security and anti-corruption and author of the new draconian ‘counter-terrorism’ law who in January this year called for prosecution of political commentator Andrei Piontkovsky over an article on Chechnya.  The article implied that Russia would be better off with Chechnya independent, although editors removed the last two lines explicitly calling for secession.