’Decommunization’ in Ukraine Carried Out Using Communist Methods5 years for a red flag? Controversial decommunization law used against Ukrainian veteransUkraine’s Decommunisation Law hammered by Venice Commission for violating democratic standardsUkraine’s Communist Party OutlawedCommunist party ban will be slammed in Strasbourg, along with original decommunization lawPresident signs dangerously flawed ‘decommunization’ laws"Decommunization" Laws: Deeply Divisive and Destined for StrasbourgAnalysis of the Law on Prohibiting Communist SymbolsParliament ignores public opinion on Ukraine’s history. Will the President?Politicizing History: Parliament adopts Dangerously Divisive LawsPhantoms are phantomsFighting phantomsNo dossier on ShukhevychWorking to reveal the truth about OUN and UPAMore information from SBU archivesSBU is planning to tell the truth about Soviet efforts at discrediting the UPAPresident called on to help lift the seal on KGB archivesOn the 65th anniversary of UPA the arguments still rageFirst joint memorial unveiled for Soviet soldiers and fighters of OUN-UPARussia is bombing Azovstal in Mariupol where 1,000 civilians, including many children, are sheltering
• Topics / Point of view 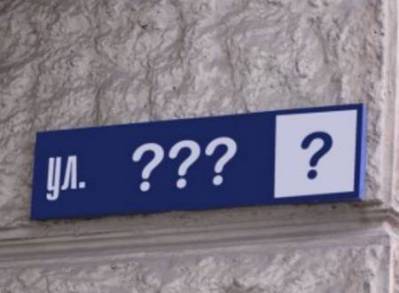 Kyiv’s City Council voted on July 7 to rename Moskovsky Prospekt Bandera Avenue, after the Ukrainian nationalist leader Stepan Bandera.  The move would have always aroused controversy, but the timing could also not have been more insensitive. Bandera is closely linked with both the Organization of Ukrainian Nationalists and the Ukrainian Insurgent Army or UPA.  The Kyiv Council’s vote to honour Stepan Bandera came on the eve of the 73rd anniversary of the Volyn Massacre when tens of thousands of Polish men, women and children were slaughtered by members of the Volyn UPA and Ukrainian deserters from the Nazi auxiliary militia.

There are constant attempts to distance Bandera and the leaders of UPA generally from the bloody ethnic cleansing carried out in Volyn.  Certainly, Bandera was in a Nazi concentration camp at the time, and not directly involved in UPA activities, however he never condemned the massacres.  With Polish historians like Grzegorz Motyka estimating that up to 100 thousand Poles may have been killed by members of UPA, it is not to be expected that many Poles will view this honouring of Bandera with understanding.

Volodymyr Viatrovych, who is now the head of Ukraine’s Institute for National Remembrance, was jubilant in late May when the renaming became a reality.  He called it ‘a victory’ on his Facebook page, and spoke of how there would also be streets named after UPA leader Roman Shukhevych and some other Ukrainian nationalist figures.

If Bandera by virtue of geography cannot be directly accused of involvement in the massacre, the same cannot be said of Shukhevych.  He is known to have visited Volyn in October 1943, and given a positive assessment of the ‘Volyn tactics’, with this undoubtedly including the ethnic cleansing.

Poland strongly supported Ukrainians during Euromaidan and the country continued to be one of the few to call for a tough stance against Russian aggression.  The countries are also neighbours and for that reason alone, greater sensitivity would have seemed called for.

Poland will not be alone in viewing renewed attempts to glorify Bandera, Shukhevych and UPA with disapprobation, since at least some UPA fighters were also directly involved in executions of Jews.

Nor is the situation clearer among Ukrainians, many of whom are equally negative about Bandera and the UPA legacy.

A survey carried out in Dec 2014 and Jan 2015 by the Democratic Initiatives Foundation and Ukrainian Sociology Service sought to find out What Unites and Divides Ukrainians.  It questioned people in all areas of the country except the Luhansk oblast and Crimea, and found that Ukrainians were deeply divided in how they viewed their country’s history, including on issues like the creation of UPA, and attitude to Bandera.

If 40% against 31% felt positive about the creation of UPA throughout the country, that percentage dropped substantially in the East and South-East of Ukraine.

The survey also found that 44.6% of people in Donbas named Bandera as the person they assess most negatively; 34.3% in the Dnipro and Zaporizhya oblasts; 33.6% in Mykolaiv, Odessa and Kherson oblasts and 21% in the Kharkiv oblast.

Such surveys also raise concerns about the so-called ‘decommunization’ laws, with one of them in effect imposing a specific view on aspects of Ukraine’s history where there is no overall consensus.

Article 6 of the Law "On the Legal Status and Honouring of Fighters for Ukraine’s Independence in the Twentieth Century" states that:

“Ukrainian nationals, foreigners and stateless persons who publicly express disrespect for those stipulated in Article 1 of this law … bear liability in accordance with current Ukrainian legislation. 2.  Public denial of the legitimacy of the struggle for Ukraine’s independence in the twentieth century is deemed desecration of the memory of fighters for Ukraine’s independence in the twentieth century, denigration of the dignity of the Ukrainian people and is unlawful.”

It is to be hoped that few Ukrainians would view ethnic cleansing as a legitimate part of the struggle for Ukraine’s independence.  What about criticizing Shukhevych who appears to have decided in late 1943 that it was an acceptable method?

There was only one voice in the Kyiv City Council on Thursday who voted against the renaming (and even that deputy Dmytro Gordon admits that he initially voted for the motion).  It seems likely that the support is linked with both Euromaidan and the war in eastern Ukraine, both of which have led to an emotional identification with all those seen as defending Ukraine.

There have been many who defended Ukraine in the last two and a half years and paid with their lives.  Would it not be more fitting to honour them, as well as those few dissenting voices during Soviet times who spoke out in defence of freedom, of human rights, including those champions of the rights of the Crimean Tatars?