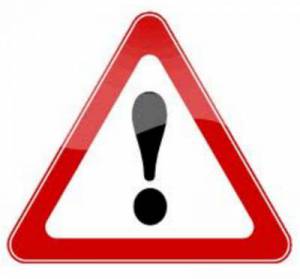 The Ivankiv District Court in Kyiv oblast court on June 10, 2016 convicted a 24-year-old man of violently raping a 16-year-old girl but decided that the fact of his military service in Donbas constituted an extenuating circumstance.  The rapist received a 4-year suspended sentence, with a 2-year probation period.

The ruling is published in the State Register of Court Rulings and has aroused outrage on social networks.  The timing could not be worse, coming as Ukrainian women have been taking part in an online flashmob entitled ‘I’m not afraid to speak” in which they share experiences of sexual violence.

The victim in this case, a 10th grade student, was forced to share her experience of violent rape with the court.  She had been with some girlfriends on July 9, 2015, when a group, including the defendant, who was then a military serviceman, began chatting them up.  She was undoubtedly unwise to have gone with the man, and to have drunk stronger alcohol, but there is no question of her having at any point given consent to the forced anal sex.  Her account of the force applied when she tried to stop him, and her bites to his shoulder and torso were confirmed by the forensic assessments.

None of this was in any way disputed by Judge Oleksiy Honcharuk who found the defendant guilty of violent rape of a minor under Article 153 § 2 of Ukraine’s Criminal Code (which refers to ‘satisfying sexual desire in an unnatural manner’). This qualifies as a grave crime and carries a sentence of from 3 to 7 years’ imprisonment.

Judge Honcharuk, however, stated that the fact of the defendant’s participation in the ‘anti-terrorist operation’ in Donbas was an extenuating circumstance.  The only aggravating circumstance noted was that he had committed the crime in a state of inebriation.

The judge therefore issued the 4-year sentence, however stated that he had taken into consideration the lack of a criminal record, the fact that the defendant was taking part in the military action in Donbas, that he was bringing up small children and had a permanent workplace (although he is described at the beginning as unemployed). The sentence was, therefore, suspended as described above.

Even the victim’s civil claim was only partially allowed.  Material damages of 720 UAH (less than 30 EUR) were not allowed, as the evidence of the cost of a coach ticket to Kyiv was not considered proof that the expensives were linked with the defendant’s actions.  It is not clear how much her representative had asked, but the figure awarded in moral compensation of 3 thousand UAH or around 110 EUR seems pitifully small.

The Kyiv Oblast Prosecutor’s Office informed on Monday, July 11, that it had appealed against the ruling.  It is not clear when the appeal was launched, given that the report emerged only after the news of the actual sentence.  It points out that the court did not take into consideration the fact that the defendant has continued to deny the charges, and stresses that the soldier had committed the crime in a state of inebriation and against a minor.

Since the suggestion that military service can be an extenuating circumstance for violent rape of a young girl is seriously alarming, the result of the appeal hearing will be eagerly awaited.

The news of this ruling came on the same day as a court released on the personal security of some MPs Ihor Radchenko, a fighter from the Aidar volunteer battalion.  As reported, he and former Aidar commander Valentyn Lykholit are facing serious charges, but the attempts to remand them in custody have run up against formidable opposition from other members of volunteer battalions and politicians.

Human rights activists, like Maria Tomak and Oleksiy Svyetikov have publicly written about some of the actions that at least Radchenko is charged in connection with.  These include abduction and very serious questions over the death of Dmytro Shabratsky, a young Aidar fighter under Radchenko.  His death was claimed to have been suicide, however this is strongly disputed by his parents and Yevhenia Zakrevska, the lawyer representing Dmytro’s family.

She has publicly addressed some of the MPs who also offered to act as guarantors for Radchenko, asking whether they had bothered to read the material fully available on open sources.  Had they considered their capacity to protect witnesses and victims, from undue influence, etc?   The Shabratskys have long tried in vain to get an investigation carried out into how their son died.  That too has consistently been blocked.

It is clearly for the court to determine whether or not a person is guilty of the charges. It would be well though for politicians to also bear that in mind.