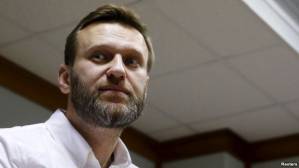 The verdict is in: accusing someone on Russian state television of being a Western spy with no evidence to substantiate the claim does not constitute slander -- at least if that someone is opposition leader Aleksei Navalny.

A Moscow court on July 12 dismissed Navalny’s slander lawsuit against state broadcaster VGTRK and government media boss Dmitry Kiselyov over a report accusing the Kremlin opponent of being on the payroll of U.S. and British intelligence.

The report, which aired on state-owned Rossia-1 television in April, has been widely ridiculed as a crude hatchet job featuring laughable "evidence" of Navalny’s purported work for foreign masters, including supposed leaked letters from MI6 and CIA officers with clumsy English syntax and Navalny’s supposed Skype call in which neither voice sounds like the man’s.

One alleged letter from British intelligence stated that Navalny, operating under the codename Freedom, was recommended by U.S.-British financier and Kremlin opponent Bill Browder (purported codename: Solomon) for financing to carry out "anticorruption projects against the trustees of the president of the Russian Federation" and an operation called "Quake" aimed at undermining "the existing constitutional order of the Russian Federation."

Navalny, who has a knack for bureaucratic jujitsu that turns the state’s leverage against itself, formally requested earlier that Russia’s Federal Security Service (FSB) investigate his alleged ties to Western intelligence based on materials presented in the film.

He said in the July 12 hearing that the security agency refused to investigate. "This reply proves that even the FSB considers this film a fabrication, " Navalny’s spokeswoman, Kira Yarmysh, quoted him as saying on Twitter:

No matter. Judge Boris Udov of the Savyolovsky District Court ruled that Navalny’s slander lawsuit had no merit.

Yelena Zabralova, the attorney representing VGTRK in the matter, said in court that Navalny "did not present proof -- neither in the lawsuit, nor today, nor in the court hearing -- that the disputed evidence is directly related to the individual and is defamatory in nature, " Interfax reported.

On his website, Navalny posted a fragment of one of the broadcaster’s arguments, which stated that the activist’s objections to one part of the film was baseless because Navalny’s name was not mentioned in that section.

"An alleged pseudonym given to the petitioner by third parties is exclusively used, " the argument reads.

Navalny, whose photograph and name are used widely in the film, described this argument as follows: "These guys released a film across the entire country calling me a spy for every intelligence service who receives millions to bring down Russia, and then came to court and said: ’This isn’t about Navalny at all.’"

Navalny, who is currently serving two suspended sentences on financial-crimes charges that he and his supporters call retribution for his activism, says he will appeal the ruling.