Soviet-era norm allows revenge prosecution of prisoners who assert their rightsUkrainian prisoners can get years added to their sentence for demanding their rightsUkraine’s Parliament slips in dangerous carte blanche for blocking torture investigationsFirst tortured victims exhumed after Ukraine drives Russian invaders out of Kharkiv oblast village Ukrainian volunteer asphyxiated, beaten and half-starved in Russian ‘filtration’ concentration camp“He lay on the sidewalk, naming towns and cities in Ukraine”. A digest of anti-war activities in Russia, 23-29 JulyDirector of Amnesty International in Ukraine resigns in protest calling controversial Amnesty press release "a tool of Russian propaganda’ The application practice of Article 391 of the Criminal Code of Ukraine proves that this Article should be canceledThe First 150 Days of the Full-Scale War in Kharkiv and the Kharkiv RegionNecessary conditionsRussian proxy ‘Donetsk republic’ threatens foreign defenders of Ukraine will be executed, with families not told whenAfter violently seizing Crimea, Russia accuses peaceful Crimean Tatars of ‘terrorism’ for defending political prisoners Russia begins propaganda of war against Ukraine at pre-school level Russia lavishly pays Wagner Unit mercenaries to bomb and kill Ukrainians Russia kills refugee in occupied Crimea, then ‘puts him on trial’Ukrainian "refugees" in Russia forced to give "testimony" blaming Ukraine for Russian war crimes Russia kills at least 240 Ukrainian children, forcibly deports thousands of others Children abducted, used as weapons and killed in Russia’s war against Ukraine Russia destroys Mariupol and tries to get illegally deported residents to move to Siberia Russian Rule of Lawlessness in Occupied Crimea and Donbas
• Topics / Penal institutions 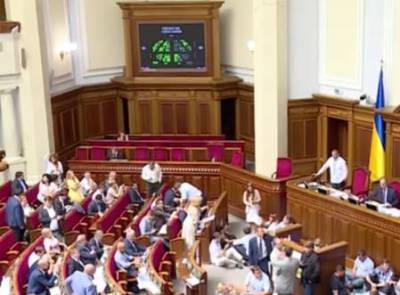 Ukraine’s MPs have failed worse tests, nonetheless the refusal to remove a norm hearkening back to Soviet times is frustrating.  It is likely that many MPs could simply not be bothered to read the bill, with this potentially costing prisoners up to three years’ extra imprisonment.

The bill in question No 2708 would remove Article 391 of the Ukraine’s Criminal Code which makes it possible to foist another term of imprisonment on a prisoner already serving a sentence.  The norm, first created back in 1983, is supposedly applied if a prisoner has “persistently disobeyed the legitimate demands of prison authorities, or shown any other form of resistance”.  The ‘persistence’ is measured by whether a prisoner has, for example, been placed in a punishment cell, or faced similar penalties more than once within the space of a year.

The scope for abuse is enormous.  According to rights activist Andriy Didenko, in Soviet times you could easily end up reaching the end of your sentence only to have another one added.  Under the Soviets, that might be because you hadn’t changed your views.  Now it could be simply because the prison administration has it in for you.

A new Criminal Code was introduced in 2001 and only modified one part of the norm, leaving the basic possibility of adding sentences intact.

Kharkiv Human Rights Group lawyers are aware of dozens of cases where prisoners have tried to appeal against such additional sentences, with few succeeding.  The court will look at the fact that a person was put in a punishment cell more than once and reject his appeal.  Why they were put there is not asked, although the question is clearly important.

One of the bill’s author’s Valery Patskan pointed out that the mere existence of the article provides a lever of pressure on prisoners, and the possibility of imposing criminal liability for an unmade bed or changing where you sleep without permission.

The bill was put to the vote on July 12.  It was telling that nobody voted against it, however 8 MPs abstained, and 112 did not take part in the vote.  With only 188 votes for, it was rejected.  Whatever the latest reason is for MPs blocking the parliamentary tribune, it cannot compensate for their irresponsible failure to do what they have been elected for and remove a Soviet anomaly allowing unwarranted imprisonment.