Russian sentenced to forced psychiatric treatment for support of Ukraine 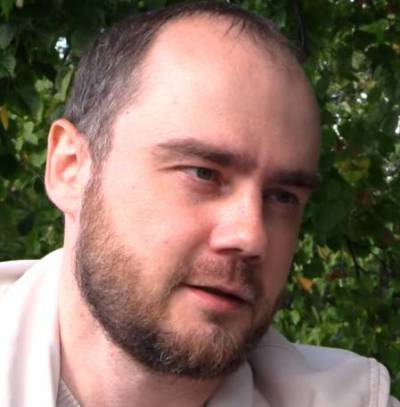 Punitive psychiatry appears to have returned in Russia with a recognized political prisoner being forcibly held in a psychiatric hospital.  36-year-old Alexei Moroshkin has been receiving psychiatric ‘treatment’ against his and his family’s wishes since December 2015, and a Chelyabinsk court has just extended his confinement for a further 6 months.

On Nov 19, 2015 Moroshkin was found guilty of so-called ‘public aims to action aimed at violating Russia’s territorial integrity via the Internet’ (Article 280.1 § 2).  The court, however, decided that he was suffering from ‘paranoid schizophrenia’ (‘deranged nonsense on reforms of a religious nature’) and ordered him to be confined in a psychiatric unit.  Despite a diagnosis which the family disputes and which made false statements about his medical records, the same court on July 12 this year extended the confinement for a further 6 months.

It is telling that another criminal prosecution against a person who is supposedly unfit to be prosecuted is continuing.  Moroshkin is charged with ‘vandalism’ for allegedly painting a bust of Lenin in Chelyabinsk in the colours of the Ukrainian flag.  He denies involvement in this, and his mother asserts that the ‘evidence’ produced is rigged.

On July 11, 2016, the renowned Memorial Human Rights Centre declared Moroshkin a political prisoner and demanded his release. It believes there is nothing to suggest that Moroshkin represents a danger to society, justifying his forced confinement, and that Moroshkin is being prosecuted for his civic opposition activities and for his criticism of Russia’s hybrid war against Ukraine.

Moroshkin had originally swallowed propaganda and set off on March 2, 2014, to take part in Russia’s aggression against Ukraine.  He was first active in Crimea, then took part in the failed attempt in Kharkiv to carry off seizures of official buildings like in Donbas, then fought in Donbas.  By early May, he had understood how mistaken this had been.  He began speaking out in support of Ukraine and back in Chelyabinsk created the VKontakte social network page ‘For a battling Ukraine! For Free Urals!’

It is possible that Moroshkin’s talk about creating a ‘Urals People’s Republic’ was, like similar civic initiatives in Kuban and Siberia, aimed solely at highlighting Russia’s hypocrisy in financing and manning ‘separatism’ in Eastern Ukraine, and the so-called ‘Donetsk and Luhansk people’s republics’.  He also reposted a Forbes.ru article on a Moscow conference on separatism, and on how Russia sponsors separatist movements everywhere in the world, while imprisoning those it accuses of Russian separatism.

In texts on VKontakte, Moroshkin wrote about Ural nationalism and about the possibility of the country’s division into regional ‘republics’.  He was also highly critical of ‘Russian dictatorship’.  This was all on the level of theoretical discussion with no suggestion of any forced secession.

VKontakte is under close surveillance by Russia’s FSB and Moroshkin ended up arrested in August 2015, and in November convicted of so-called public calls to violate Russia’s territorial integrity.

He was held for a while in a remand prison, but then the psychiatric assessment ordered by the court came up with the ‘paranoid schizophrenia’ diagnosis.

The pretext given was Moroshkin’s creation online in 2014 of something called the ‘church of the Chelyabinsk meteorite’.  According to Moroshkin and his family this was simply a satirical project thought up together with journalists from LifeNews. It fizzled out, but has now been used to justify claims that he has delusional plans of a religious nature.

There is a particularly chilling relict from the Soviet days of punitive psychiatry indicating that the psychiatrist was well aware that the diagnosis was unwarranted. Moroshkin had never before been on any psychiatric register, yet the doctor claimed that his supposed ‘paranoid schizophrenia’ was a chronic condition, and that he had, as a teenager, been diagnosed as having ‘sluggish schizophrenia’.  This supposed disorder was often cited as the grounds for incarcerating Soviet dissidents in psychiatric institutions.  The assertion is false, and the mention of his having been taught at home a distortion, since he didn’t go to school because of rheumatism, not any psychological problems.

Both the Memorial HRC and the Sova Centre which monitors Russia’s use and abuse of ‘extremism’ legislation have criticized the new Article 280.1 of Russia’s criminal code punishing with up to 5 years (this is set to increase) imprisonment for so-called ‘public aims to action aimed at violating Russia’s territorial integrity.

The article came into force in May 2014 and there was concern from the outset that it would be used to silence criticism of Russia’s annexation of Crimea.  This has proven to be the case, with most of the people now imprisoned or facing prison sentences essentially charged with openly insisting that Crimea remains Ukraine and condemning Russia’s aggression against Ukraine.  They include Rafis Kashapov, who is serving a 3-year-sentence and Darya Polyudova, one of the first activists whose calls for ‘Kuban federalization’ were in protest at Moscow’s behaviour in Donbas.   Andrei Bubeev, a mechanical engineer with two small children, has just lost his appeal against a 2-year and 3-month sentence, mainly under Article 280.1 for merely reposting a text with the title Crimea is Ukraine.

Both Crimean Tatar leader Ilmi Umerov and journalist Mykola Semena are currently facing 5-year sentences in Russian-occupied Crimea for insisting that Crimea must be returned to Ukraine (see Russia jails for insisting Crimea is Ukraine, not for calls to terrorism in Europe.

There is every reason to believe that Russia has now resorted to punitive psychiatry to incarcerate Alexei Moroshkin for no more than his civic position.