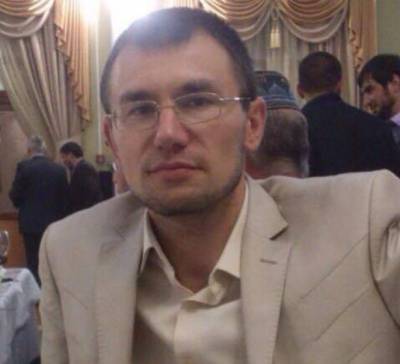 Crimean Tatar lawyer and rights activist Emir-Huseyn Kuku and two other Crimean Muslims in custody on concocted charges have been placed on a so-called ‘prophylactic register for dangerous remand prisoners’ and moved to a special unit.  It is quite unclear what this is about, unless simply an attempt to divide the men imprisoned and particularly to isolate Kuku and Vadim Siruk whose families have been active in highlighting the plight of all these political prisoners.  There is as little justification for calling any of the men detained dangerous, as for their detention.

Kuku and Siruk were arrested, together with two other socially active Crimeans Muslim Aliev and Envir Bekirov on Feb 11, 2016.  They were charged, as had been four Sevastopol Muslims early in 2015 with either organizing or taking part in a so-called ‘terrorist’ organization.

The charges are based solely on alleged, though entirely unproven, involvement in the Hizb ut-Tahrir pan-Islamist movement which is legal in Ukraine and almost all other countries.  The organization has never committed any crime, yet Russia’s Supreme Court declared it ‘terrorist’ in 2003.  It provided no evidence to back this, and simply kept the ruling a secret until after it could have been appealed. There is no evidence that the detained men are members of Hizb ut-Tahrir, nor has even one of them committed any act which could remotely be deemed ‘terrorist’.

The authoritative Memorial Human Rights Centre has named the Sevastopol four who are currently on trial political prisoners and all its arguments apply equally to others now arrested on the same charges.  23-year-old Refat Alimov, the third person to suddenly be isolated as ‘dangerous’, is one of the two youngest of the prisoners.  He was arrested in April together with Arsen Dzhepparov, a friend from childhood, who may well have been arrested as revenge for his refusal to secretly collaborate with the local FSB.  Nothing at all was found when the FSB turned up and searched the Dzhepparov home on April 18, yet he was taken away and has been in custody ever since. 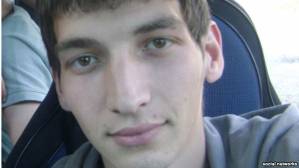 Their arrests broke the quota-like pattern of the ongoing arrests under Russian occupation of Crimean Muslims. On each other occasion, there have been armed searches with four men taken away.  It has been suggested that the two young men were arrested in the belief that they would be more easily ‘persuaded’ to give false testimony.  They have not done so, and they, like 12 other Crimean Muslims, almost all Crimean Tatars, are now facing very long sentences.  Once arrested, the men are simply not released, despite the fact that many have very small children and are the sole breadwinner.

It seemed clear from the outset that Kuku had been arrested because of his work for the Crimean Contact Group on Human Rights.  He became actively involved in monitoring rights abuses after the abductions and disappearances of young Crimean Tatars in the months after Russia’s invasion.

More evidence has emerged which suggests that one of the previous ‘searches’ for supposed ‘extremist’ literature was much more than ordinary FSB harassment.  The FSB, in fact, turned up only after a serious attack upon him was foiled by drivers who heard his calls for help and stopped.  Since the two men who carried out the aborted attack / abduction were clearly linked to the FSB, the suspicion is strong that a forced disappearance was planned, not an arrest (See: When Abduction Turns to FSB ’Search’ in Russian-occupied Crimea). 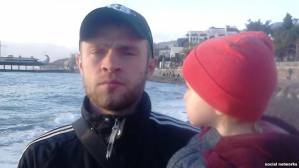 Vadim Siruk, the third person to have been treated as a ‘dangerous’ prisoner, is the only Crimean Muslim who is not Crimean Tatar.  Nuri Primov, one of the first four men from Sevastopol has only one Crimean Tatar parent, and it has been suggested that both men were added to ‘arrest quotas’ in order to 1) be able to deny allegations that Russia as occupier is persecuting Crimean Tatars and 2) to frighten other Crimeans to deter them from converting to Islam.

Siruk grew up among Crimean Tatars and became interested in Islam through contact with them.  His wife, Anna Bohacheva, is also an ethnic Ukrainian who converted to Islam while at university.  She has become very active in the organization ‘Crimean Solidarity’, and explains this as follows:

“When they arrest a person close to you and accuse him of a very serious crime, particularly when it’s totally unfounded, a huge number of questions arise, about who to turn to, whom to write to, what generally we should do. Talking to others who have been through this helps a lot.

That’s how we, wives, mothers and sisters began meeting, and later those meetings developed into ‘Crimean Solidarity’.

This, she explains, is a new level for them.  They try to help Crimean political prisoners, their families and the families of people who have been abducted, and also to help inform the public and media about what is happening.

In occupying Ukrainian Crimea, Russia is already in grave breach of international law, and these prosecutions are overt terrorization.  They are made especially cynical by the fact that the men are charged with supposed involvement in an organization which is totally legal in Ukraine.