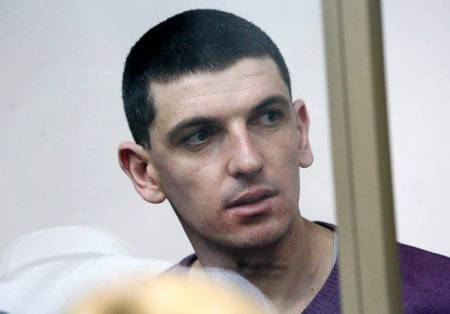 Rustem Vaitov, a recognized political prisoner, is facing a 10-year sentence in a trial which Russia is using as part of its policy of intimidation and terror in occupied Crimea

Crimean Tatar Rustem Vaitov turned 30 on July 26.  It was his second birthday in captivity, first in Russian-occupied Crimea, now in Rostov where he and three other Crimean Muslims are facing long sentences on concocted charges.  All four men have been recognized by the authoritative Memorial Human Rights Centre as political prisoners.  None expects justice from a Russian court, and there are sadly grounds for such pessimism.

Rustem is an ecologist by profession, but was working as a builder.  According to journalist Anton Naumlyuk who met with his family in Orlinoye, near Sevastopol, the young man was involved in human rights work.

His wife Aliye Padosheva was expecting their first child in January 2015 when her husband was arrested.

Naumlyuk and a friend took a video of all the four men’s families and managed, despite obstruction from a court guard, to show it to them during a break in the court proceedings.  This would have been one of the only times Vaitov has seen his infant daughter.

The conditions in Rostov are marginally better than those in the Crimean SIZO or remand prison, but still very bad.  The Ukrainian consul has been attending all hearings, but has thus far, in breach of international law, been refused permission to see the men who all remain Ukrainian nationals.

There is no evidence that he was involved, as alleged, in the Hizb-ut-Tahrir organization, which is legal in Ukraine and most countries.

Russia has never provided any reasonable explanation for declaring an organization which is not known to have committed or advocated terrorist acts anywhere in the world.

Please see and share (brief) information about the case here:

PLEASE WRITE TO RUSTEM VAITOV AND THE OTHERS!