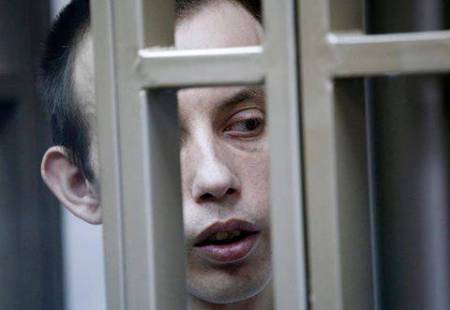 It is not enough for Russian prison officials that recognized political prisoner Ruslan Zeiutullaev is facing a life sentence in a trial which Russia is using as part of its policy of intimidation and terror in occupied Crimea.

Ruslan Zeitullayev recently turned 31 in the Rostov SIZO [remand prison] where he and three other men from Sevastopol are on trial.  After the last court hearing, the SIZO staff suddenly demanded that he strip naked, supposedly for some kind of inspection.  Fearing the consequences if he refused, he complied as much as he, as a devout Muslim, could.  He took off everything except his underwear since his faith prohibits him from total nakedness before an outsider, unless required for medical reasons.  He also, justifiably, considered such a demand to be aimed at humiliating him.

His refusal was used as an accuse to place him in a punishment cells where he has been held for the last 5 days.  No time limit appears to have been given.  The conditions in the SIZO in general are very bad, and in a punishment cell are likely to be appalling. 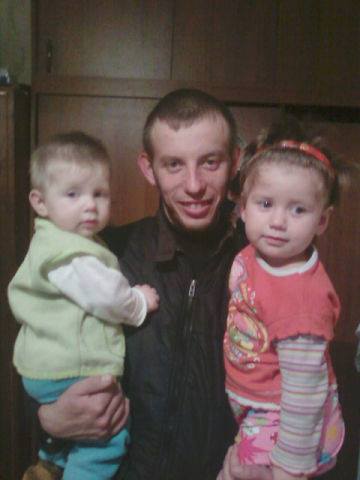 An earlier photo with two of his three daughters

Zeitullayev and his wife, Meryem, have three small daughters who have not seen their father for 18 months.  Zeitullayev was working as a builder, and had also long been an active member of the local Muslim community.

Zeitullayev was arrested, as well as Rustem Vaitov and Nuri Primov with whom he was working, building a house.

He is charged with ‘organizing’ a terrorist organization and is facing a life sentence, despite the lack of any evidence that he himself is now involved in the organization in question (Hizb ut-Tahrir) or that the latter has ever done anything to warrant being called ‘terrorist’.   Hizb ut-Tahrir is legal in Ukraine.  Vaitov, Primov and also Ferat Saifullayev, who was arrested in April 2015, are facing 10-year sentences for supposed ‘involvement’ in Hizb ut-Tahrir.

The lack of any justification in calling Hizb ut-Tahrir ‘terrorist’ or evidence against the four men, as well as the fact that the organization is legal in Ukraine,   have  prompted the renowned Memorial Human Rights Centre to declare all four men political prisoners and to demand their release.

There were gross irregularities in this case from the outset, with the occupation authorities overtly intimidating Crimean Tatars who came to support the men at the detention hearings, and not allowing lawyer Emil Kurbedinov to represent all four men, not only Zeitullayev.

The prosecution’s case is based on the confused and extremely questionable testimony of a secret witness, and the open testimony of Alexander Kozhemyaka, a former Ukrainian Security Service officer who switched sides and is now serving in the Russian FSB.  He claims that all four men are members of Hizb ut-Tahrir.

The defendants all say that Kozhemyaka waged a personal vendetta against them back in his time in the SBU, and that Zeitullayev and Saifullayev had even made complaints about his treatment of them back in 2012-2013.

According to Kurbedinov, there is evidence confirming the men’s account of an attempt to seize control of the men’s community and valuable land on which their building was situated.  SBU officers are said to have helped those from a conflicting group, with Kozhemyaka and others doubtless annoyed when a Ukrainian court back in 2012 found in favour of Zeitullayev and his community.

It was noticeable that most of the supposed prosecution witnesses denied having given testimony against the men, and showed courage in court by refusing to say anything against the four.   One person – Timur Afrandzha had himself faced armed searches in January 2015 and was now frightened to even meet with practising Muslims, etc.  He nonetheless had nothing negative to say about the men, and confirmed that nobody had tried to ‘recruit’ him.

The men are unfortunately realistic in expecting no justice from a Russian court.  Publicity and pressure on Moscow are, nevertheless, vital.  Please see and share (brief) information about the case here:

PLEASE WRITE TO RUSLAN ZEITULLAYEV AND THE OTHERS!