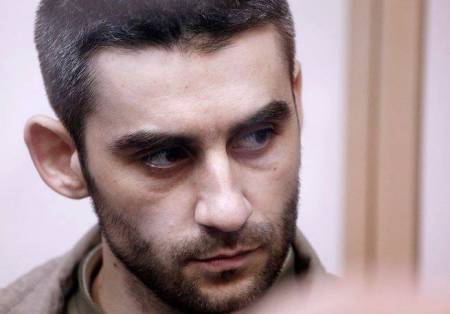 Ferat Saifullaev is facing a 10-year sentence for alleged involvement in an organization which is legal in Ukraine.  Russia is using such trials as part of its policy of intimidation and terror in occupied Crimea, and there is also evidence that the men’s arrest may be revenge by a former Ukrainian SBU officer who betrayed his oath and is now serving in the FSB.  It is likely that the men’s pro-Ukrainian position is also a factor.

Saifullayev is an economist by profession, though had a construction job when arrested in April 2015.  He has three small children, two daughters and a son, who have not seen their father since then. 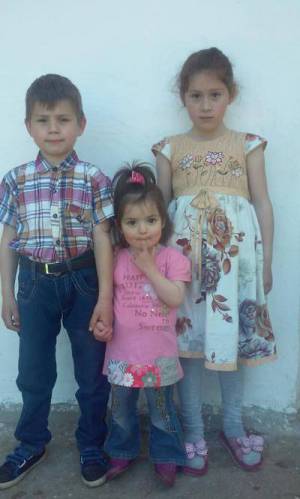 The Crimean Tatar Muslim turned 33 on July 21, 2016 in Rostov (Russia) where he, Ruslan Zeytullaev, Refat Vaitov and Nuri Primov are now on trial.

Zeytullaev is charged with ‘organizing’ a terrorist organization (Article 205.1 § 1 of the Russian criminal code) and is facing a life sentence, while Nuri Primov, Rustem Vaitov and Ferat Saifullayev are accused of taking part in it (Article 205.1 § 2), with this carrying at least 10 years.

The charges are based solely on accusations of involvement in Hizb ut-Tahrir, an organization which has always been and remains legal in Ukraine.  Russia’s decision to declare the organization ‘terrorist’ has never been substantiated, and there is nothing to indicate any terrorist actions anywhere.

For these reasons and others, the renowned Memorial Human Rights Centre have declared all four men political prisoners and demanded their release.

There have been gross irregularities in this case from the outset, with the occupation authorities overtly intimidating Crimean Tatars who came to support the men at the detention hearings, and preventing the men’s chosen lawyer from defending all of them.

The prosecution’s case is based on the confused and extremely questionable testimony of a secret witness, and the open testimony of former SBU officer Alexander Kozhemyaka who appears to have used his new position in the Russian FSB to immediately seek to settle old scores with Zeitullayev and Saifullaev.  They had complained back in 2012 about his role in a dispute between their community and another in Orlinove, just outside Sevastopol, where the men live.

There appears to have been a conflict involving the land on which a mosque stood, with Saifullayev’s community winning the court case.

Despite the lack of any evidence, there are all grounds for expecting another travesty of justice and very long sentences.  International attention to this case is therefore vital.  Please circulate the (brief) information about the case here: