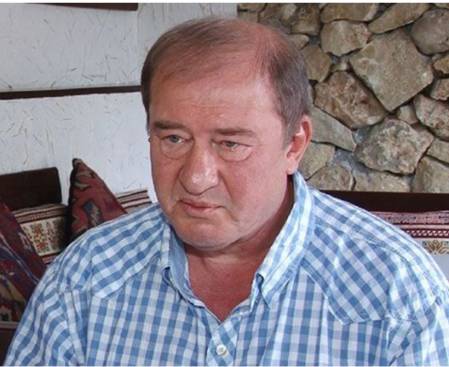 Family members have reported a sharp deterioration in the health of Ilmi Umerov, the Deputy Head of the Crimean Tatar Mejlis [representative assembly] who has been forcibly confined to a psychiatric clinic in Simferopol.  The 59-year-old has several potentially life-threatening illnesses, and there is real cause for concern.  There are no grounds at all for the criminal charges Russia has brought against him, nor for the supposed ‘psychiatric assessment’.

Ilmi Umerov had been under observation in a cardiac unit since the court hearing at which the forced psychiatric tests were ordered.  On August 18, he was taken against his will to Psychiatric Hospital No. 1 in Simferopol, where he is to be forcibly held for 28 days.  His medication was taken away from him, and on that first day it appeared that all visits were to be prohibited, even those from his lawyer.  He has now been allowed visits, but everything is being restricted, and he is not allowed to have a telephone with him.

On Sunday his daughter reported a sharp deterioration in Umerov’s health.  Thankfully, she was present when her father’s blood pressure dropped and he first went very pale, then lost consciousness.  She immediately called for medical staff, however she is understandably terrified that the next time this could happen when there is nobody around.

Ayshe Umerova believes that her father’s state on Sunday morning was likely caused by sharp fluctuations in his blood sugar level. Umerov suffers from sugar diabetes, and the regime where he gets meals only twice a day with a huge interval is dangerous.  He is clearly only able to eat the meals his family brings him.

Umerov had been hospitalized because of the risk of a heart attack on August 11, and was forcibly discharged and placed in the psychiatric clinic just 7 days later, with the FSB showing criminal disregard for his poor state of health.

Umerov has other chronic conditions, and Refat Chubarov, Head of the Mejlis, stresses that this incarceration in a psychiatric clinic is placing his life in real jeopardy.  Umerov’s lawyer Mark Feygin adds that, given his deteriorating health, this should be qualified as torture and ill-treatment as per the European Convention on Human Rights.  He says that he will be contacting the Committee for the Prevention of Torture.

Umerov has been forced into a psychiatric clinic, supposedly for a psychiatric assessment, and is facing a possible 5-year term of imprisonment for expressing the position taken by all democratic countries, namely that Russia must stop occupying Crimea and leave Donbas.  He believes that the prosecution may be seeking to get him declared mentally unfit as part of their efforts to discredit both him and the Crimean Tatar Mejlis (more details here).

He was initially detained on May 12, officially in connection with an interview given to the Crimean Tatar ATR TV on March 19, 2016 in Kyiv.  He is charged under Article 280.1, a new article introduced within months of Russia’s invasion and annexation of Crimea. As feared, the new norm has been widely used against critics of annexation.

The indictment is quite grotesque in its absurdity.  It is asserted, for example, that Umerov “deliberately and publicly called on an unlimited number of people to carry out actions aimed at returning the Republic of Crimea under Ukraine’s jurisdiction”.

The interview was then posted on YouTube.  It is in Crimean Tatar, however the supposedly ‘incriminating’ utterances are as follows:

On August 3, the Memorial Human Rights Centre condemned the charges against Umerov as politically motivated and called for their immediate withdrawal.  The NGO pointed out that Umerov had expressed an opinion shared by most of the international community and many Russians.

Memorial called the prosecution of Umerov politically motivated and aimed both at preventing him from legal public activities and at intimidating Crimean Tatars and others who express a view in opposition to the official position regarding the status of Crimea, events in Ukraine and Russia’s policy with respect to Ukraine.

Russia has now resorted, with the same political motives, to punitive psychiatry.  It is placing Ilmi Umerov’s life in danger for saying that his homeland is part of Ukraine, and that Russia should end its occupation.