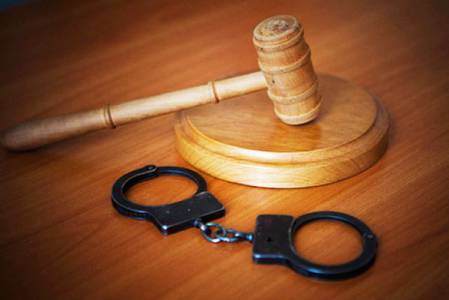 Volodymyr Savytsky has been sentenced to 5 years’ imprisonment for the brutal beating of a Euromaidan activist in February 2014.

Ukrainian News reports that the sentence was passed by the Bohunsky District Court on September 6.  Savytsky had pleaded guilty to the charges, with the court ordering that he be taken into custody in the courtroom.  He had up till then been under house arrest, after initially being detained two years ago, in the Spring of 2014.

The victim Dmytro Hissa had been patrolling the streets in Zhytomir when he was set upon by a group of titushki, or paid thugs, including Savytsky.  He sustained a terrible head injury needing an operation in which part of his skull need to be removed altogether.  The surgeon clearly thought him lucky to have survived.

While the conviction is to be welcomed, it is extraordinary that it has taken over two years.  There have also been very few such convictions despite considerable evidence.

During the Maidan protests the regime of Viktor Yanukovych used ‘titushki’ very widely, with the government-paid thugs often working directly with Berkut riot police.  On other occasions they masked as Maidan defenders in order to  provoke trouble or attack other activists.

In February 2014, Kharkiv titushki, together with Berkut, beat up a TV STB film crew near the Interior Forces Academy.

There is considerable evidence that titushki worked closely with boht Berkut and the authorities in Dnipropetrovsk, Zaporizhya, Cherkasy and other cities.  The video here https://youtube.com/watch?v=HRtBJNYwUIw#t=21 shows titushki collecting shields and weapons from inside the Dnipropetrovsk administration.

Titushki were behind the attack on Vesti journalist Viacheslav Veremiy and a colleague on Feb 18, 2014.  Veremiy died in hospital of a gunshot wound he received.

There were also numerous reports of titushki masquerading as Maidan self-defence officers.  In the video here, for example, a Maidan defender appears to have been shot by titushki https://facebook.com/photo.php?v=10203429093993614