Warning over Russian and ISIS propaganda from European Parliamentarians 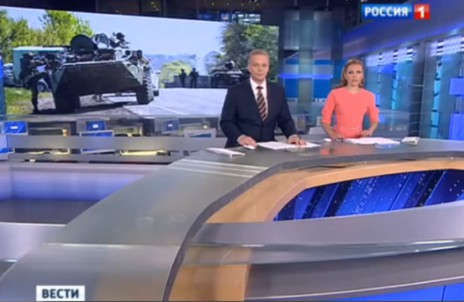 The European Parliament has passed a resolution regarding mounting propaganda pressure on the EU from Russia and Islamic terrorist organisations.  The resolution, adopted on Monday, says that the propaganda is aimed at distorting the truth, inciting fear, provoking doubt and dividing the EU. However, this pressure should be countered, not with more propaganda, but with positive messaging, awareness raising and education to increase the information literacy amongst EU citizens, MEPs add.

"Hostile propaganda and disinformation directed against our societies by both Kremlin and non-state actors such as ISIS/Daesh is a fact. In order to counter it effectively, we first need to be able to fully identify them,” said rapporteur Anna Fotyga (ECR, PL). “This report is a very important step in raising awareness of the problem, both across the EU and within the member states. The European Parliament cannot stay silent on such a vital issue for the European security", she added.

The resolution on the “EU strategic communication” stresses that the EU is under growing pressure to counter disinformation campaigns and propaganda from countries, such as Russia, and non-state actors, like ISIS/Daesh, Al-Qaeda or other violent jihadi terrorist groups.

Hostile propaganda against the EU and its member states seeks to distort the truth, provoke doubt, divide the EU and its North American partners, paralyse the decision-making process, discredit the EU institutions and incite fear and uncertainty among EU citizens, says the text.

MEPs worry that “with the limited awareness amongst some of its member states that they are audiences and arenas of propaganda and disinformation” and urge media representatives and experts from EU member states to compile data and facts about the consumption of propaganda.

MEPs are concerned about the rapid expansion of Kremlin-inspired propaganda. They note that ”the Russian government is aggressively employing a wide range of tools and instruments, such as think tanks [...], multilingual TV stations (e.g. Russia Today), pseudo-news agencies [...], social media and internet trolls, to challenge democratic values, divide Europe, gather domestic support and create the perception of failed states in the EU’s eastern neighbourhood”.

Islamic terrorist organisations are actively campaigning to undermine and increase the level of hatred against European values and interests, says the resolution.

As the EU and its citizens are major targets of Daesh, MEPs call on EU member states to work more closely to protect society from its recruitment drives and enhance resilience against radicalisation. They also suggest developing a narrative to counter Daesh, “including through the empowerment and increased visibility of mainstream Muslim scholars who have the credibility to delegitimise ISIS propaganda”.

Foreign Affairs Committee MEPs acknowledge that countering propaganda with propaganda is counterproductive. Positive messaging, awareness raising and education to increase information literacy in EU and to empower citizens to analyse media content critically, could be the way forward, MEPs add.

The resolution was approved by 31 votes to 8, with 14 abstentions. It will be put to a vote by the full House during the November plenary sessions in Strasbourg