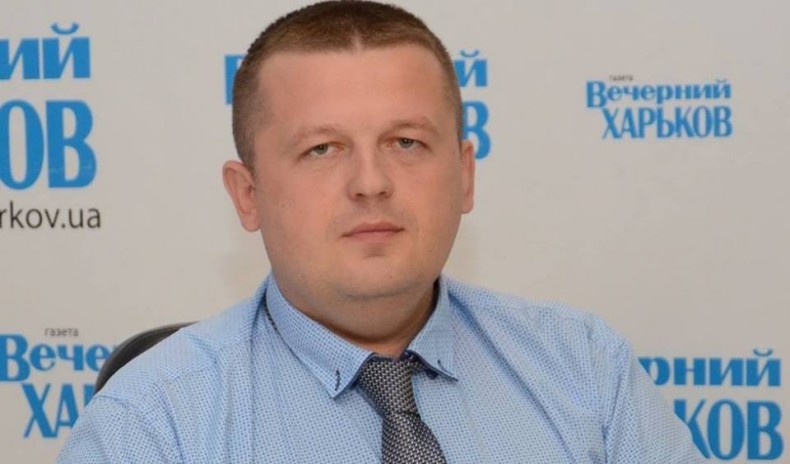 Human rights activists have demanded a proper investigation into the attack on Oct 13 on Roman Likhachov, a lawyer, human rights activist and local politician in Chuhuiv (Kharkiv oblast). They believe that the assault was linked with his work representing clients fighting corrupt dealings and are concerned that the police appear to have taken no action.

Likhachov is the founder and head of the Chuhuiv Human Rights Group and is also a member of the Chuhuiv City Council (for the Bloc of Petro Poroshenko).

The attack took place on Thursday immediately after a seminar on fighting corruption in the Kharkiv oblast.  This was held in the regional branch of the National Academy of State Management, and Likhachov believes that the idea was to demonstrate that the authorities are powerless against those he refers to as bandits.

Whether or not this is the case, it would have certainly been clear that Likhachov would be present.  He says that somebody came up to him as the seminar and asked him to come out into the corridor as he had something important to tell him.  As soon as he left the hall, he was surrounded by 5 men.  He was struck on the face with something heavy and knocked to the ground.  He is convinced that the plan was to drag him off and continue beating him, but fortunately a colleague had seen what was happening and managed to push the men away long enough for Likhachov to get back into the hall.

They recognized one of the assailants as a man with a criminal background.  Likhachov also says that the assailants directly said that he had been warned to stop taking part in court proceedings and that they’d had it with his anti-corruption work.  They would find him and his family wherever, they threatened.

Likhachov says that they tried to call the police for 30 minutes, with the delay meaning that the attackers had time to stroll about the institute before getting away.

He adds that he could see that somebody was photographing the attack which is additional proof that this was a commissioned attack, with the perpetrators needing to show their ‘work’.

He was taken by ambulance to hospital where he was kept for observation.

Likhachov’s Network of Anti-Corruption Centres has initiated criminal proceedings against officials from both the Chuhuiv and Kharkiv City Councils.  They have, for example, been successful in returning appropriated land to the community and stopped a factory destroying tyres and polluting the environment.

The Ukrainian Helsinki Human Rights Union (which includes both the Chuhuiv and the Kharkiv Human Rights Groups among its 28 members) has issued a statement expressing concern that there should be acts of violence against human rights activists in Ukraine.  It is of particular concern that the police were so passive and failed to detain the culprits, with procrastination seen in even receiving a report of the crime.   They demand a thorough and objective investigation.